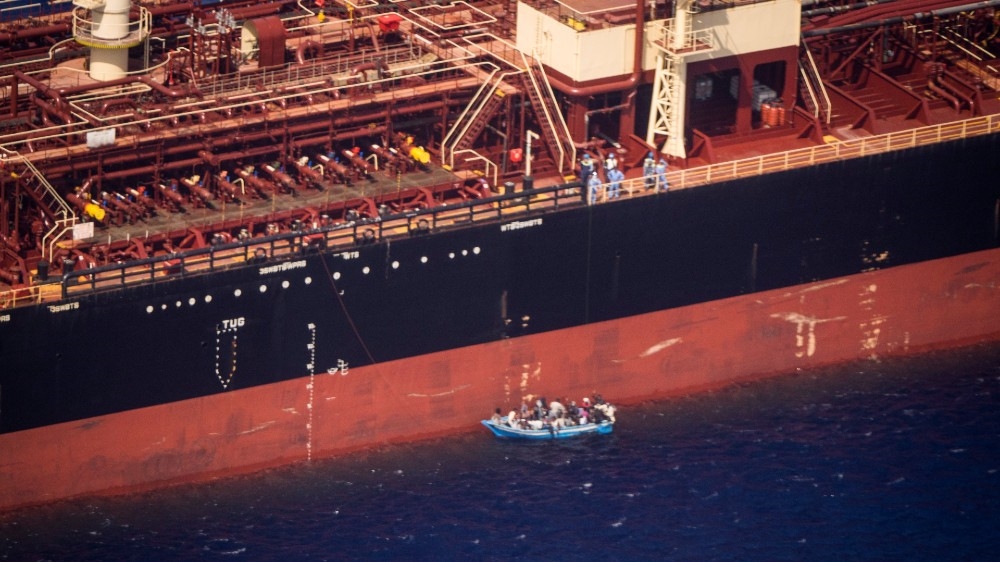 At least 27 migrants or refugees who were rescued at sea have been stuck on a cargo ship near Malta for more than three weeks, German charity Sea-Watch has said.

The Danish-flagged Maersk Etienne tanker picked up the migrants on August 5 after being alerted by Sea-Watch, the charity said as it laid out a timeline of events.

Maersk Tankers’ head of communications Kis Soegaard confirmed this on Thursday, and directed DPA news agency to an August 19 statement by the Danish Shipping association.

The Etienne took in “27 migrants – including a child and a pregnant woman”. Ever since, its crew has been providing them “with food, water and blankets and helped them as best they can,” it said.

On the 5th day after requesting a place of safety for the survivors on board #SeaWatch4, we pass the @Maersk #Etienne. On August 5 its crew rescued 27 people from a boat in distress, coordinated by #Malta. To this day @MaltaGov is denying them entry. This charade has to end! pic.twitter.com/W4UA4CAsHJ

However, the tanker “is not built for passengers and there is a need for an international solution for the stranded migrants,” the statement added.

Danish Shipping said the tanker was anchored off Malta waiting to be authorised to drop off the migrants at a port, and reported that the Danish authorities were “working hard to find a solution”.

Malta and Italy have long said they are disproportionately affected by migrants making the journey to Europe from North Africa by sea, and that there is insufficient burden-sharing across the European
Union.

Both countries’ positions have hardened in the wake of the coronavirus pandemic and legislators have cited concerns about the risk of infection.

However, as Italian and Maltese ports refuse to allow migrants to disembark, they remain stuck at sea, or worse, are sent back to Libya where they risk torture, exploitation and abuse.

The number of migrants attempting to cross the Mediterranean to land on European shores from countries like Tunisia and Libya has spiked in the past year.