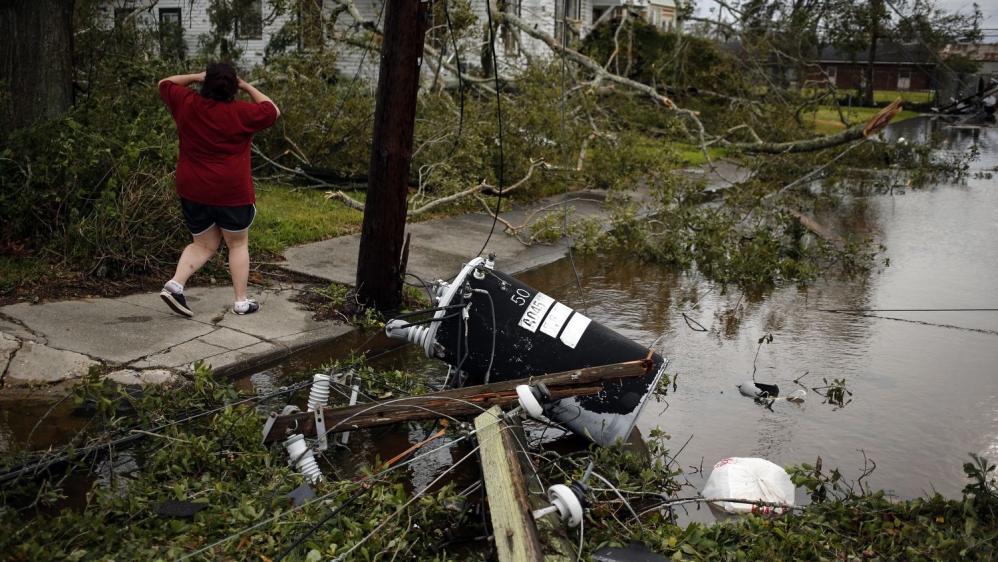 Hurricane Laura ripped through southwestern Louisiana early on Thursday, destroying buildings in the city of Lake Charles and killing a 14-year-old girl after making landfall in the early morning as one of the most powerful storms to hit the southern US state.

The hurricane’s first reported US fatality was a 14-year-old girl in Leesville, Louisiana, who died when a tree fell on her house, a spokeswoman for Governor John Bel Edwards said.

“We do expect that there could be more fatalities,” Edwards’s spokeswoman, Christina Stephens, said on Twitter.

A chemical plant caught fire in Laura’s wake on Thursday morning in Westlake, Louisiana, 6.4 kilometres (four miles) west of Lake Charles, sending thick black smoke billowing into the sky over the wind-torn landscape near the Interstate 10 highway in the region.

Governor Edwards warned residents in the area to shelter in place, close doors and windows and turn off air conditioners as authorities investigated. Traffic was blocked on the interstate and Highway 90.

Residents of Lake Charles heard Laura’s winds howling and the sound of breaking glass as the storm passed through the city of 78,000 with winds of 85 miles per hour (137 km per hour) and gusts up to 128 mph (206 kph) in the hour after landfall.

The windows of the city’s 22-floor Capital One Tower were blown out, street signs were toppled and pieces of wooden fence and debris from collapsed buildings lay scattered in the flooded streets, video footage on Twitter and Snapchat showed.

Around 650,000 homes and businesses in Louisiana and Texas were without power early on Thursday, and local utilities in the storm’s path warned outage numbers would climb as the storm marched inland.