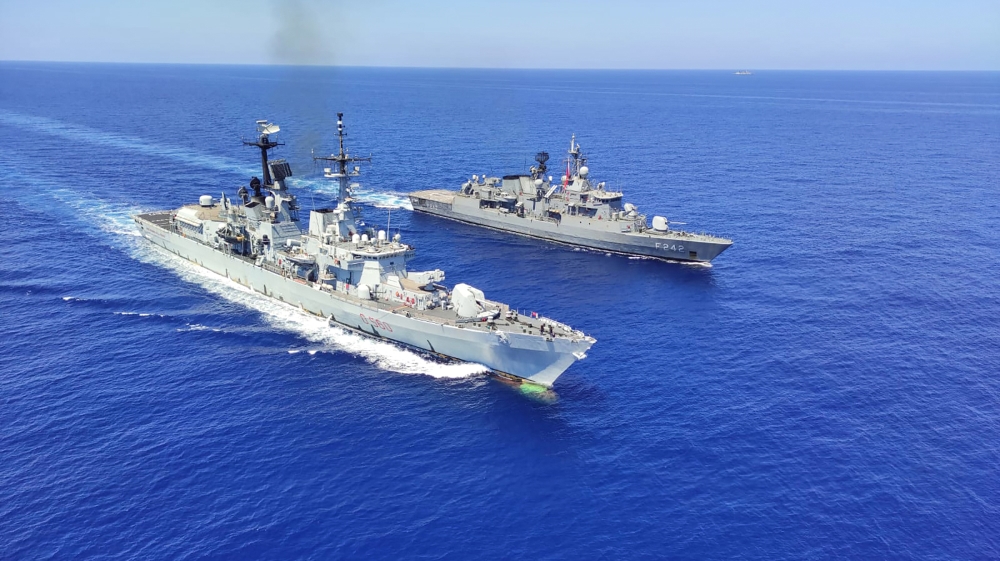 Greece has ratified an accord on maritime boundaries with Egypt, hours after Turkey extended the operation of a seismic survey vessel in the Eastern Mediterranean and said it will hold firing exercises in the region next week.

The Athens-Cairo agreement is seen as a response to a Turkish-Libyan accord signed in 2019 allowing Turkey access to areas in the region where large hydrocarbon deposits have been discovered.

Under their treaty, Egypt and Greece are now allowed to seek maximum benefit from the resources available in an exclusive economic zone, including oil and gas reserves.

A similar accord between Italy and Greece was approved on Wednesday.

Turkey and Greece – both NATO allies – are at odds over the rights to potential hydrocarbon resources in the eastern Mediterranean area, based on conflicting claims over the extent of their continental shelves.

Tensions escalated this month after Ankara dispatched the Oruc Reis seismic survey vessel in a disputed area following the pact between Athens and Cairo.

Turkey has said the pact infringes on its own continental shelf. The agreement also overlaps with maritime zones Turkey agreed to with Libya last year, decried as illegal by Greece.

Al Jazeera’s John Psaropoulos, reporting from Athens, said “Greece got what it wanted legally and diplomatically” following the maritime accord with Egypt.

“Greece now feels to be in a position of legal strength to demand that Turkey agrees to have talks on the basis of international maritime law.”

Sinem Koseoglu, Al Jazeera correspondent in Istanbul, however, said it is unlikely that Turkey will “come to a negotiating table” and the Greece-Egypt deal means the “military tensions are going to rise” in the region.

“But will it turn into a conflict? This is still a question mark,” she said.

Earlier on Thursday, the Turkish navy issued the latest advisory, known as a Navtex, saying it will hold “gunnery exercises” in the Eastern Mediterranean off the coast of Iskenderun, northeast of Cyprus on September 1 and 2.

It also extended the seismic work of the Oruc Reis vessel southwest of Cyprus, until September 1.

Maritime zones give a state rights over natural resources. Largely unexplored, the Eastern Mediterranean is thought to be rich in natural gas.

As the dispute widened, France said on Wednesday it was joining military exercises with Italy, Greece and Cyprus in the Eastern Mediterranean.

Turkish Foreign Ministry spokesman Hami Aksoy said the deployment of French military aircraft in Cyprus violated treaties regarding the control and administration of the island after independence from Britain in 1960.

Cyprus was divided in 1974 following a Turkish invasion triggered by a Greek-inspired coup.

Turkey recognises the Turkish-populated north of Cyprus as a separate state, which is not recognised by other countries.

Greece said on Wednesday it plans to extend its territorial waters in the Ionian Sea to 12 nautical miles (22km) from its coast, from six nautical miles, after the ratification of a maritime deal with Italy.