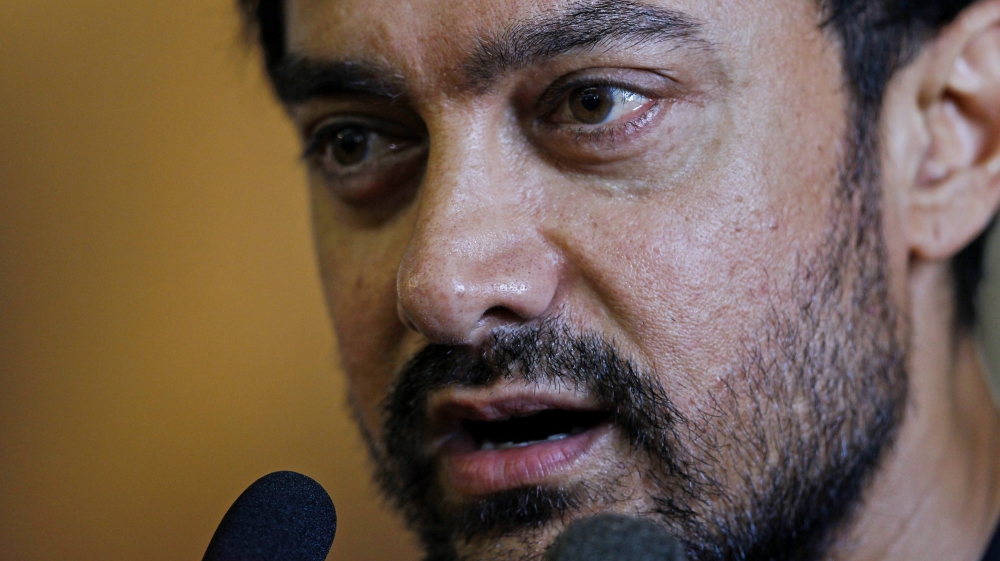 “I had the great pleasure of meeting @aamir_khan, the world-renowned Indian actor, filmmaker, and director, in Istanbul…” Emine Erdogan tweeted after meeting the Muslim actor, who was in Turkey to shoot his latest film, Laal Singh Chaddha.

Pro-government supporters were furious at Khan for taking a picture with the wife of Turkish President Recep Tayyip Erdogan, who has criticised the Indian government’s decision to strip Indian-administered Kashmir of its special status last August.

Erdogan has backed Pakistan in the dispute over Kashmir, a territory both India and Pakistan claim as its own but rule in parts.

I had the great pleasure of meeting @aamir_khan, the world-renowned Indian actor, filmmaker, and director, in Istanbul. I was happy to learn that Aamir decided to wrap up the shooting of his latest movie ‘Laal Singh Chaddha’ in different parts of Turkey. I look forward to it! pic.twitter.com/3rSCMmAOMW

New Delhi told Ankara not to “interfere” in its internal affairs after President Erdogan expressed concern over the deteriorating situation in the Muslim-majority region, which has been under security lockdown since its limited autonomy was removed on August 5, 2019.

India also acted against Malaysia for criticising its Kashmir move by banning the import of palm oil from the Asia Pacific nation.

Khan, one of the biggest Bollywood stars, was soon the top Twitter trending topic along with Erdogan, with Hindu nationalists branding the film star “anti-national” and “unpatriotic” for standing with the “enemy”.

His criticism was not limited to social media, where the pro-government users dominate. A recent report by The Wall Street Journal said Facebook India executives failed to act against anti-Muslim posts by governing party leaders. Facebook has about 300 million users in India.

Shah Rukh Khan is one of the most successful Bollywood stars in the past 30 years [File: Hannah McKay/Reuters]

This week, the right-wing Rashtriya Swayamsevak Sangh (RSS) volunteer organisation, which is the ideological parent of the governing Bharatiya Janata Party (BJP), criticised Khan’s ties with Turkey, saying he was “forging friendships with those that are considered enemies of India”.

The RSS magazine, Organiser, put Khan on its cover calling him “The Dragon’s favourite Khan”, a reference to China.

The 55-year-old star was attacked for his massive popularity in China, which has been accused of transgressing into Indian territory across Line of Actual Control (LAC) – the de facto border between the two Asian countries.

“Aamir seems to be the favourite of the Chinese Communist Party system and the fact his movies are doing so well is an indication that he is being promoted by Chinese state,” the editor of the weekly Hitesh Shankar told a news website.

Khan is a brand ambassador for Chinese smartphone maker Vivo, and is also a major draw on the mainland with films such as Dangal (2016). He has 1.16 million followers on China’s Twitter-like platform, Weibo.

Prime Minister Narendra Modi’s government has fanned growing hostility towards China following a deadly clash on their disputed Himalayan border on June 15. Modi is a devout Hindu and a lifelong RSS member.

Since Modi came to power in 2014, the BJP government has enacted a number of policies that have raised fears of marginalisation among India 200-million-strong Muslim minority. 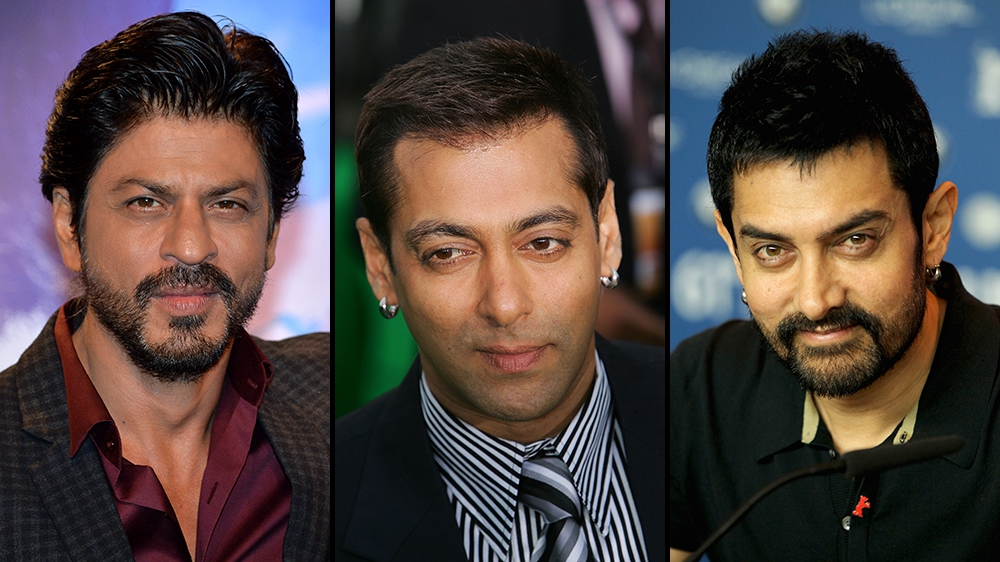 In the past, Hindu right-wing groups have called for boycott of films starring Khans, particularly Shah Rukh Khan and Aamir Khan [Getty Images]

Last year, Modi’s government passed a citizenship law that made faith a basis for acquiring Indian citizenship in the officially secular nation. The new law, which sparked nationwide protests, was dubbed “fundamentally discriminatory” by the United Nations.

Bollywood has a long tradition of Muslim movie stars and the so-called three Khans – Aamir, Salman and Shah Rukh – have dominated the industry for the last 30 years.

But Aamir Khan stands out because of his outspokenness.

He is one of Bollywood’s most bankable leading men and has appeared in dozens of films – often playing Hindu or Sikh heroes. He has an enormous fan club, which includes millions of Hindus.

Khan was the target of a vicious online campaign in 2015 and forced out of several advertisement campaigns after he said his wife feared for the safety of their children in India.

At the time, India was reeling under a climate of insecurity following the lynching of a Muslim man for allegedly eating beef, which many Hindus believe to be sacrilegious. Since then, dozens of Muslims have been lynched by Hindu mobs over rumours of cow slaughter or smuggling.

In the past, Hindu right-wing groups have called for boycott of films starring Khans, particularly Shah Rukh Khan and Aamir Khan. In recent years, the three stars have largely remained silent on issues facing the minority community.

The BJP has denied its policies are against the minority community but has done little to stop its supporters from indulging in online hate speech against Muslims.

Man arrested in London on suspicion of Liberia war crimes