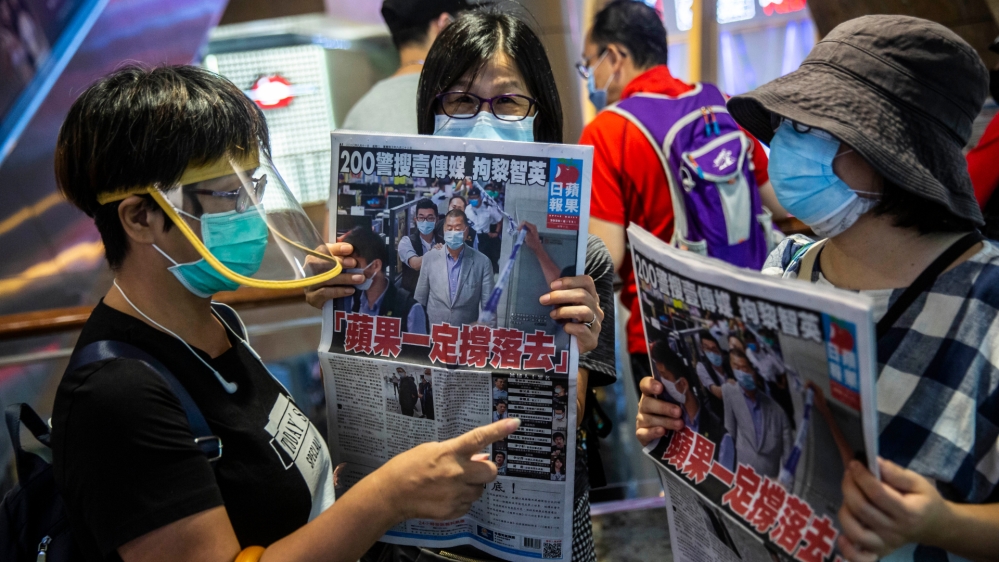 Authorities in Hong Kong have denied a work visa to an Irish journalist at the Hong Kong Free Press (HKFP), according to the newspaper, in a move rights groups condemned as the latest sign of declining press freedom in the semi-autonomous Chinese territory.

The outlet said the department gave no official reason for the permit refusal.

“It appears we have been targeted under the climate of the new security law because of our impartial, fact-based coverage,” said Tom Grundy, HKFP editor-in-chief.

Neither the newspaper nor Mc Nicholas, who had previously worked at Bloomberg and Storyful in Hong Kong, had been denied a visa before, Grundy said.

“Other sectors can expect to be subjected to a similar bureaucratic rigmarole in the light of the security law,” he said, warning: “Businesses can be assured that visa issues are a feature, not a bug.”

Hong Kong in July rejected a visa application for an Australian reporter at the New York Times, amid a tit-for-tat clash between China and the United States over the treatment of journalists. Both countries had also expelled journalists in the spiralling dispute, but the latest move affects a local, non-US news outlet.

Steven Butler at the Committee to Protect Journalists (CPJ) said: “Denial of a work visa to a thriving local news operation bashes the most basic promise of press freedom repeatedly given by the Hong Kong government”, on the organisation’s website.

“It also severely undermines Hong Kong’s status as an international city and financial center, which cannot flourish unless journalists are free to do their work.”

In a statement to HKFP, Reporters Without Borders (RSF) called on Hong Kong authorities to reverse the decision.

Cedric Alviani, RSF’s East Asia chief, added that the visa refusal was another sign of declining press freedom in Hong Kong and said it “clearly goes against press freedom, a principle enshrined in the Basic Law”, the city’s mini-constitution.

Earlier in August, Hong Kong police raided the offices of the Apple Daily newspaper and detained its founder, Jimmy Lai, under the national security law, which came into effect on June 30 and bans any act Beijing considers secession, subversion, terrorism or collusion with foreign forces.

At the same time, local media in Hong Kong reported that the city’s immigration department had set up a new national security unit to handle “sensitive visa applications, such as those from foreign media”.