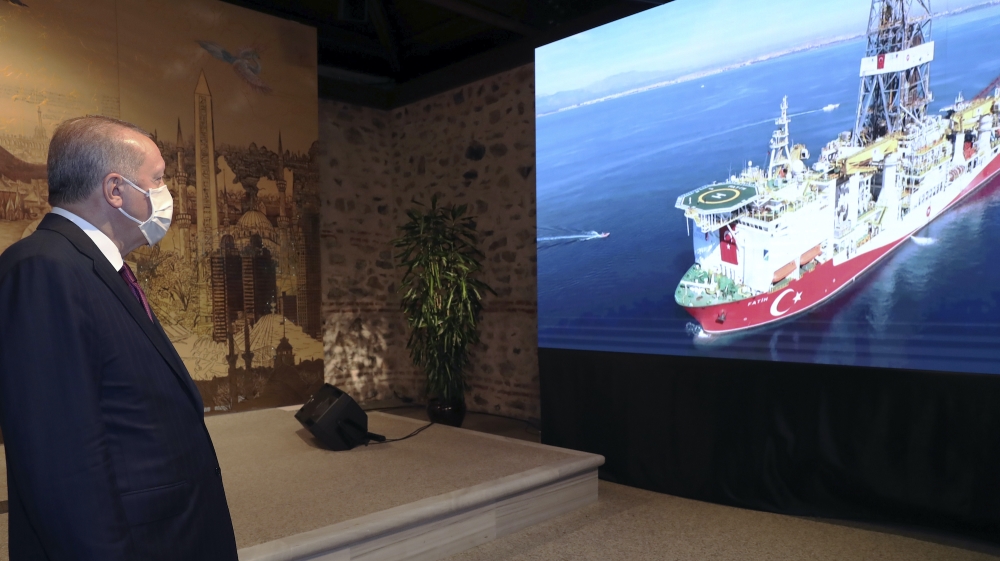 On Friday, August 21, Turkey’s President Recep Tayyip Erdogan announced that a sizeable natural gas field had been found off the Turkish Black Sea coast. The discovery of some 320 billion cubic metres (bcm) reserve is being hailed as a game-changer. “It is only the beginning,” presidential adviser and spokesman Ibrahim Kalin remarked. “We are very hopeful that it would lead to other fields in the same area.”

Such an enthusiastic response is understandable. Today, Turkey consumes large amounts of natural gas. Rapid economic growth over the past decades has seen a demand surge from a meagre 0.5bcm in 1987 to 53.5bcm in 2017, most of which is imported.

Historically, Turkey’s biggest gas supplier has been Russia, accounting for more than half of the volume entering the country, followed by Iran, Azerbaijan, Algeria, Qatar and others. In the first half of this year, however, Russian and Iranian gas imports slumped by more than 40 percent, with Azerbaijan emerging as the biggest exporter to the Turkish market, supplying almost a quarter of all gas imports. In the same period, imports of liquified natural gas (LNG) grew by almost 45 percent, with Algeria and Qatar claiming about half of those imports.

Indigenous production promises to reduce dependence on external suppliers and possibly lay the groundwork for exports to lucrative markets in the EU. Beyond reducing Turkey’s chronic trade deficit fuelled by a large oil and gas bill, Black Sea hydrocarbons may boost its political leverage, too.

What also matters, of course, is the timing of the discovery in the Tuna-1 zone, about 100 nautical miles north of the Turkish coast in the western Black Sea. Erdogan’s announcement comes at a time when Turkey is locked in a dispute over maritime boundaries and access to offshore hydrocarbon deposits in the Eastern Mediterranean.

The agreement signed with the Government of National Accord (GNA) in Libya for the delimitation of the exclusive economic zones (EEZs) has led to pushback by Greece, Cyprus, Egypt, Israel, and lately, France. Tensions are rising after Greek and Turkish ships collided earlier in August.

And this week, the airforces of Greece and the United Arab Emirates (UAE) are holding their first-ever joint drill south of the island of Crete. It follows earlier Turkish wargames. While both Ankara and Athens would prefer to avoid dangerous escalation and eventually come back to the negotiating table, neither wants to blink first.

But should Erdogan choose to dial down pressure by freezing exploratory activities in the disputed waters around Cyprus or off the Greek island of Kastellorizo, the new discovery would provide the means to divert domestic attention. Unlike the Eastern Mediterranean, territorial waters and EEZs in the Black Sea are generally not contested (aside from Crimea, of course, after the Russian annexation in 2014).

Right now, the chances for such a shift are slim. Cross-party support for Turkey’s muscular posture vis-a-vis Greece and its allies runs strong. More assertive diplomacy appears to be paying off, whether in Syria, Libya or in the Eastern Mediterranean. Last but not least, Turkish policymakers do not see a linkage between the two issues. But keeping all options on the table, including de-escalation and diversion, would be a prudent choice for Ankara.

The gas discovery is also seen in Turkey as a piece of positive news at a moment when the Turkish economy is struggling. After a bounceback in 2019, it has taken a huge hit due to the COVID-19 pandemic. The IMF and World Bank expect the gross domestic product (GDP) to shrink by 3.8-5 percent this year, for the first time since 2009. The Turkish lira has lost a fifth of its value vis-a-vis the dollar since January.

There will be a modest recovery in 2021, but the golden days when the governing Justice and Development Party (AKP) was winning support on the back of robust growth and improvement of living standards and welfare provision are gone.

Black Sea gas is not the silver bullet to rescue Turkey. Though authorities are vowing that production will kick off as early as 2023, the centennial of the Republic, tapping into offshore deposits is technically challenging and costly. With hydrocarbon prices low, recouping investment might prove difficult.

Demand on the Turkish domestic market is in decline over the past two years and indigenously sourced volumes will face competition from importers, including cheap liquefied natural gas (LNG). The same applies to putative gas recovered from the Eastern Mediterranean in case a settlement is reached. It might well turn out to be too expensive to sell. In other words, there is no energy bonanza just around the corner.

Still, the Black Sea find does make a difference. In the coming five years, Turkey will be renegotiating its long-term contracts with major suppliers. The list includes deals signed with Gazprom for the so-called Western route, currently served by the TurkStream pipeline, as well as for Blue Stream.

The Turkish state-owned utility BOTAS will have extra leverage in extracting better terms on issues such as the pricing formula or indeed the take-or-pay clause obliging it, as it stands now, to absorb 80 percent of the contracted volumes. Gazprom’s market share has been contracting rapidly over the past two years.

Yet Ankara will be driving a hard bargain with the State Oil Company of Azerbaijan (SOCAR) one of whose contracts is expiring in 2021. Qatargas, on the other hand, is likely to be afforded preferential treatment in upcoming negotiations, courtesy of the close diplomatic and military alliance between Ankara and Doha.

In sum, Turkey will gain flexibility and increase its say over external energy relations. Domestic production of gas can recast strategic relations with Russia. Diversifying energy supplies away from Gazprom does strengthen Turkey’s hand and allows it to compete against Russia where their interests diverge, but it will not usher in a major turnaround.

Ankara and Moscow still need each other on a host of issues, from Syria, to Libya, to Black Sea security. Moving closer to its goal to achieve energy independence, Turkey will continue to balance between Russia and the West in pursuit of status and influence.