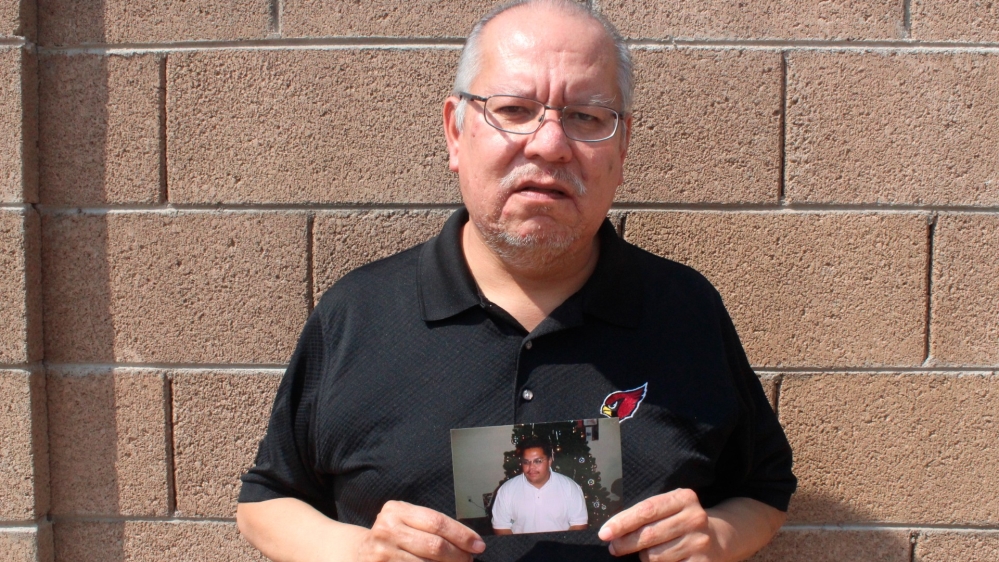 The United States is set to execute Lezmond Mitchell, a convicted murderer and the only Native American on federal death row, on Wednesday, despite opposition from the Navajo Nation, which says the government is infringing tribal sovereignty.

Mitchell, a Navajo, is set to be killed with lethal injections of pentobarbital, a powerful barbiturate, at 6pm (20:00 GMT) in the Department of Justice’s execution chamber in Terre Haute, Indiana.

His lawyers and Jonathan Nez, the Navajo Nation president, have asked US President Donald Trump for clemency, and Mitchell has asked the US District Court in Washington, DC to delay the execution while this is considered.

On Tuesday night, the US Supreme Court rejected his bid for a stay based on his lawyers’ argument that racial bias may have tainted the jury at his trial.

Absent intervention, Mitchell, 38, will become the fourth man to be executed by the US government this summer after an informal 17-year hiatus, which was caused in part by legal challenges to lethal injection protocols and difficulties obtaining deadly drugs.

The Death Penalty Information Center, which tracks capital punishment in the US, says a total of 16 Native Americans have been executed by eight states since 1976.

Mitchell and an accomplice, Johnny Oslinger, were convicted of murdering a nine-year-old Navajo girl, Tiffany Lee, and her grandmother Alyce Slim in 2001 on the tribe’s territory, which spans four states in the US Southwest.

The Navajo Nation President, @NNPrezNez, has asked the U.S. Pardon Attorney to grant clemency to #LezmondMitchell, who is scheduled for execution by the federal government on August 26th.

According to prosecutors, the men stabbed Slim more than 30 times, put the body in the backseat of her car alongside the granddaughter as they drove elsewhere before killing the girl later and decapitating both bodies.

Mitchell was sentenced to death in an Arizona federal court over the objection of Navajo officials, who said the tribe’s cultural values prohibited taking human life “for vengeance”.

At least 13 other tribes joined the Navajo Nation in urging Trump this month to commute Mitchell’s sentence to life in prison.

Oslinger was a teenager at the time and ineligible for the death sentence.

Under the Major Crimes Act, the federal government has jurisdiction over certain major crimes occurring on indigenous country, including murder but usually cannot pursue capital punishment for a Native American for a crime on tribal land without the tribe’s consent.

Navajo officials, along with other leaders of other tribes, have opposed the death penalty, including in Mitchell’s case.

But John Ashcroft, attorney general under then-President George W Bush, overrode federal prosecutors in Arizona who said they would defer to the tribe’s position against pursuing a capital case.

In what Mitchell’s lawyers deride as a legal loophole, federal prosecutors successfully pursued a capital case against Mitchell for carjacking, a capital crime that is not among those listed in the Major Crimes Act.