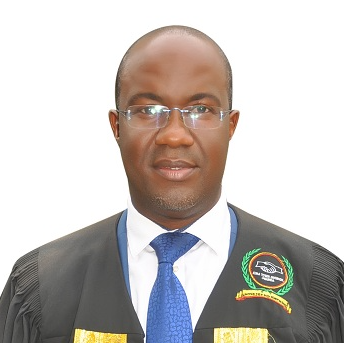 Incumbent Julius Mutebi is confident of winning another term of office as Kira Municipality mayor in the forthcoming 2021 general elections, MOSES MUGALU reports.

However, Mutebi is optimistic voters will give him another term.

“This has been my first term in a new municipality but I have performed quite reasonably well and my achievements are visible in the electorate,” Mutebi told us in an interview this week.

Kira attained the municipality status before the 2016 general elections and slipped into the hands of the opposition, with Ibrahim Ssemujju Nganda and Mutebi winning the MP seat and mayoral post respectively.

Previously, it was under the tight grip of NRM for several years with Mamerito Mugerwa as the kingmaker of the local area politics. The municipality consists of three divisions; Namugongo, Kira and Bweyogerere, with an estimated population of 450,000. Mutebi insists switching from the DP to newly created NUP, led by MP Robert Kyagulanyi aka Bobi Wine, will not affect his winning chances.

“The electorate has already demanded we unite under the umbrella [NUP’s symbol] where the situation is ripe for the bigger picture of change of leadership in the whole country,” he said.

Mutebi, 45, is also banking on the political wave induced by Kyagulanyi among the youth to actively participate and decide their destiny through elections. He estimates that more than half of Kira’s voters are youth.

In the last four years, Mutebi has registered some commendable success despite resistance from within the local government structures.

He explained: “I have not had any problems with the central government but we lost almost two years in battles with technical staff because
of the bureaucracy which I wasn’t familiar with. Remember, I came from the private sector where things move very fast but here there’s a lot of red tape; so, the first two years were quite frustrating.

“Fortunately, we have forged a good working relationship and there are many achievements to show in the past two years.”

Mutebi outlines some of his achievements that include expansion of the tarmac road network in the municipality. He has overseen the construction 25 kilometres of tarmac roads with a proper drainage system in the last two years.

Some of these roads have as many as 100 smart street solar lights installed in selected areas to boost security. The municipality’s road works and engineering unit has been equipped with vital machinery such as a water bowser and compactors, which they previously used to hire expensively from private owners.

In the education sector, the municipality has given desks and water tanks to all government-aided schools. There has been an increase of
scholarships; from a paltry four to 7,000, availed through the office of the deputy mayor in the last four years. They have also constructed classroom blocks and water-born toilets in some schools.

Through lobbying, Mutebi has also had major breakthrough in the health sector. For instance, the municipality has upgraded its health centre
three to four with new structures, a laboratory, an ambulance and other assorted equipment. They also have a hospital being constructed at the municipal headquarters.

On the part of administration, Mutebi acquired seven brand new pick-up vehicles and a three-storied office block is being constructed. Furthermore, the municipality has acquired 12 acres of land to set up a garbage dumping site and a cemetery in Menvu. Mutebi wants to build a vocational institute to impart skills into the youth in Kira.

“It’s better to turn the Youth Livelihood Fund into an institution because when you give them money, they just eat it and never return it. We have already secured the land in Buto, Bweyogerere where we can construct such a vocational institute,” he says.

If re-elected, Mutebi plans to increase the municipality’s revenues by automating tax collection.

“Currently, we’re collecting 60 per cent of the target revenue from trading licenses, property tax and plan approvals but we can do better through an automated tax collection system because it minimizes personal negotiations between our collectors and taxpayers,” he explained.

In the last financial year (2019/20), the municipality collected Shs 17 billion against a target of Shs 24 billion. With such limited resource envelope, Mutebi says his vision to constructing durable (two-seal tarmac) roads in the municipality cannot be achieved.

Despite being one of Kampala’s fast emerging affluent suburbs, Kira received a paltry Shs 1.6 billion from the Uganda Road Fund in the last financial year. This amount cannot construct more than two kilometres of a single-seal tarmac road. Yet, the overall state of roads in the municipality is not enviable.

Mutebi is a graduate on political science from Makerere University. He also has a master’s degree in human resource management, which he
studied at Kingston University in the UK. Born and bred in Kireka, Mutebi started his elementary education at Kamuli primary school before joining Kyambogo college and Makerere high school.

After four years in the political office, Mutebi says he now has the ability to convince different partners to support the municipality budget for development projects. It is against such background that he wants another term in office.

Kiira Motors gets another global nod