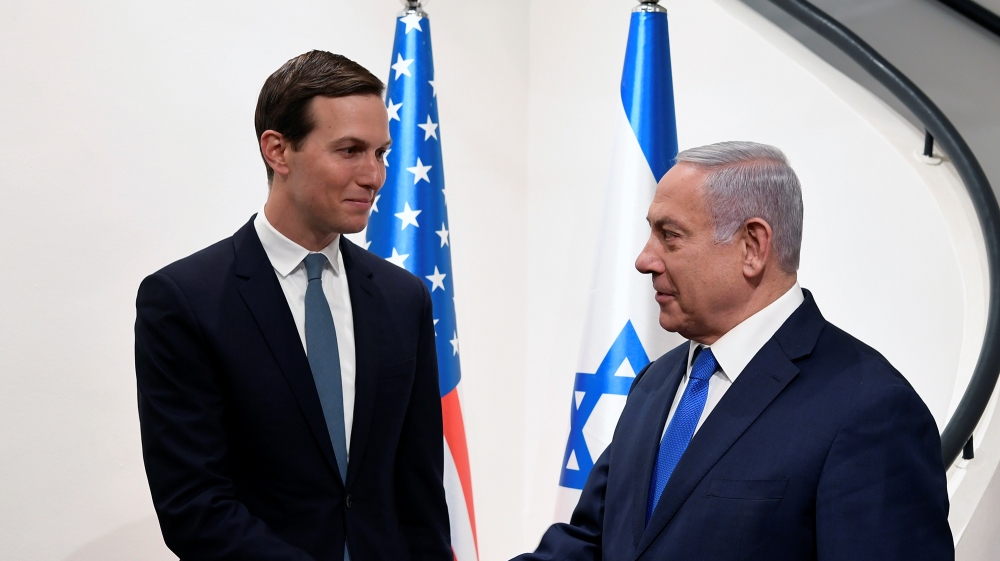 Top US officials will escort an Israeli delegation to the United Arab Emirates on Monday, Israeli Prime Minister Benjamin Netanyahu has said, in what will the first-ever commercial flight between the two countries in the Middle East.

The high-level meeting would also be the first between the three parties since US President Donald Trump announced on August 13 a Washington-brokered accord on the normalisation of ties between Israel and the UAE.

The UAE-Israeli deal, which still awaits negotiations on details such as opening embassies, trade and travel links before it is officially signed, was slammed by the Palestinians as the latest “betrayal” of their cause by an Arab state.

On August 13, the UAE became the third Arab country to officially normalise relations with Israel.

The US and Israeli officials will fly on board an Israeli airliner directly from Tel Aviv to Abu Dhabi.

Talks will focus on ways to promote Israeli-UAE cooperation in sectors such as aviation and tourism, trade, finance, health, energy and security, Netanyahu said.

“This is a historic agreement. It will bring growth engines … I hope other countries in our region will join the circle of peace.”

The UAE’s WAM news agency and Israel’s Ynet news website reported earlier on Tuesday that the ministers of defence of both countries – Mohammed bin Ahmad Al Bawardi and Benny Gantz – spoke on the phone for the first time publicly.

The deal would make the UAE only the third Arab country to forge ties with Israel, after Egypt and Jordan.

However, the prospect that the agreement could grant the Gulf power access to advanced weaponry previously denied to it has upset Israel, and could emerge as a sticking point in negotiations.

Last week, Trump announced that an agreement was under review for the UAE to buy the F-35fighter jets.

But despite the fact that the US has sold the F-35 to allies – including South Korea, Japan and Israel – sales to the Gulf require a deeper review because of US policy for Israel to maintain a military advantage in the Middle East.

During a visit to the region to showcase US support for Israeli-Arab ties, Secretary of State Mike Pompeo assured Israel on Monday it would retain a military advantage in the region under any future arms deal with the UAE.

Meanwhile, the Palestinians warned the Trump administration against trying to sideline them in its Middle East diplomatic push.

“Recruiting Arabs to recognise Israel and open embassies does not make Israel a winner,” Palestinian negotiator Saeb Erekat said in an interview with Reuters.

“You are putting the whole region in a lose-lose situation because you are designing the road for a forever conflict in the region.”