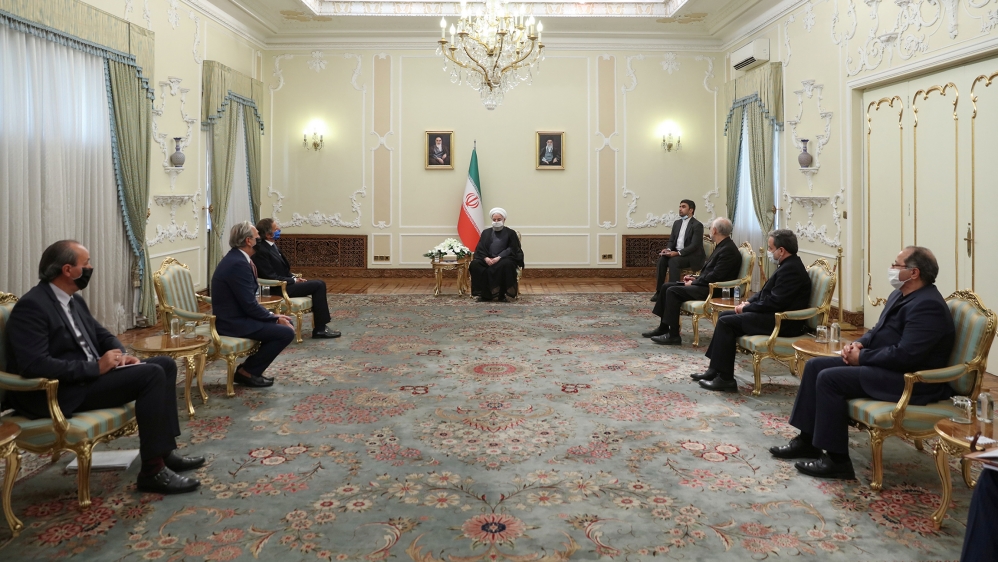 Iran has agreed to allow inspectors by the United Nations’ nuclear watchdog to access two suspected former secret nuclear sites, after a months-long standoff between the two sides.

The agreement reached on Wednesday came during a visit by the International Atomic Energy Agency (IAEA) chief Rafael Grossi to Tehran for high-level talks.

“Iran is voluntarily providing the IAEA with access to the two locations specified by the IAEA,” Grossi and the head of Iran’s nuclear agency, Ali Akbar Salehi, said in a joint statement.

“Dates for the IAEA access and the verification activities have been agreed.”

In exchange, the agency said it would pursue no further questions regarding this issue.

The IAEA had for months sought access to the sites in Tehran and Isfahan where Iran is suspected of having stored or used undeclared nuclear material.

In June, the IAEA stepped up pressure on Iran when its Board of Governors passed a resolution calling it  to let inspectors into the sites and cooperate with the agency. Until Wednesday, however, Tehran had refused to grant access.

“Iran, like before, is ready to cooperate with the IAEA,” Iranian President Hassan Rouhani told Grossi on Wednesday, according to state media.

Grossi’s trip took place shortly before a September 1 meeting of the joint commission on a landmark nuclear deal signed in 2015 between Tehran and world powers.

Under the accord, known as Joint Comprehensive Plan of Action (JCPOA), Iran scaled back its uranium enrichment programme and promised not to pursue nuclear weapons. In exchange, international sanctions were lifted, allowing Tehran to sell its oil and gas worldwide.

But the JCPOA has been in jeopardy since President Donald Trump unilaterally withdrew the United States from it in 2018 and reimposed crippling economic sanctions on Iran, leading Tehran to start scaling back compliance with the deal.

On Thursday, the US attempted to invoke a punitive measure included in the JCPOA by declaring that Iran was, in fact, in violation of the agreement.

The JCPOA’s European signatories – France, Germany and the United Kingdom – rejected the move, saying the US had no such right since it was no longer a party to the deal.

US to execute only Native American on federal death row | News