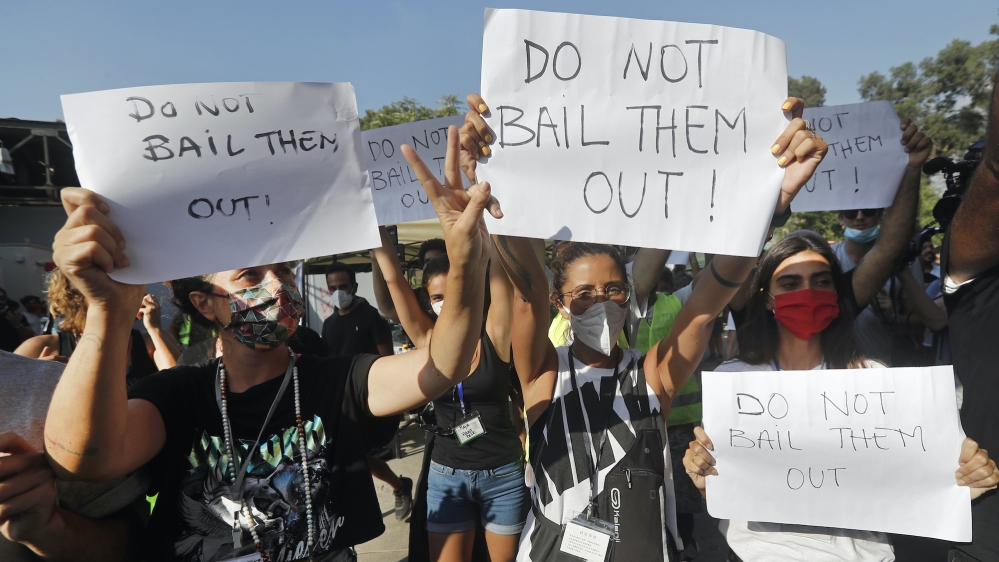 The August 4 explosion at the Port of Beirut not only killed more than 170 people, injured thousands of others, and left at least 300,000 people homeless, but it also dashed the Lebanese people’s hopes for a better future for their country.

This is why, I, alongside 36 other United Nations Special Rapporteurs and independent experts, issued a statement earlier this month calling for an independent and transparent investigation into the explosion that underscores international human rights obligations, clarifies responsibilities related to the explosion, and leads to justice and accountability. I am also acutely aware of what is at stake since my immediate family was hit by the blast, sustaining life-threatening injuries and losing their livelihoods.

In our joint statement, my colleagues and I urged the United Nations Human Rights Council (UNHRC) to hold a special debate on the Port of Beirut explosion when the council reconvenes in September so as to explore all avenues by which this leading international human rights body can support the people in Lebanon and help them meet their needs and demands.

There are several reasons why we believe the UNHRC should play a leading role in the efforts to ensure that effective, transparent and impartial justice is realised for the victims of the explosion, and people in Lebanon at large.

As we noted in our statement, the investigation into the explosion should not only be protected from any undue influence, but it should also have “a strong and broad mandate to effectively probe any systemic failures of the Lebanese authorities and institutions to protect human rights.”

When faced with calls for an international investigation into the blast, Lebanese elites raised concerns about foreign powers meddling in Lebanon’s internal affairs and using the blast to push their own agenda.

The Lebanese people’s lack of trust in local judicial authorities undoubtedly justifies the calls to involve international institutions and bodies in a probe into the explosion. However, the concerns about the possibility of foreign governments using an international probe to serve their own interests should not be dismissed as baseless either.

The Lebanese people have previously witnessed how seemingly well-meaning international inquiries – such as the Special Tribunal for Lebanon established by the UN Security Council – could end up serving narrow geopolitical interests and ignoring wider calls for justice.

So when French President Emmanuel Macron calls for an international inquiry into the explosion, the Lebanese people should be suspicious of his intentions. After all, France was the former colonial power that institutionalised the sectarian system that is at the root of Lebanon’s current problems. And it is still working to expand its influence over Lebanon today. Last year, for example, the French government was the main player behind the CEDRE proposal, in which a mix of international institutions and countries pledged to give Lebanon $11bn in loans and grants on the condition that it implement certain reforms. On the surface, the proposal seems to be aimed at helping the people of Lebanon. But under closer inspection, it becomes clear that its primary aim is to give international lenders, especially France and the World Bank, a significant amount of power over political and economic life in Lebanon.

The international community has failed Lebanon too often. For too long it left the Lebanese people searching for justice and a better future with a choice between relying on faulty and corrupt local mechanisms and international efforts guided by vested interests. But this does not mean that the international system lacks the capacity to conduct a truly impartial probe into Lebanon’s August 4 explosion that is not shadowed by powerful governments’ hidden agendas and interests. To achieve this, countries with a vested interest in Lebanon – such as France, the United States, Russia, Syria, Saudi Arabia, Israel, Iran, Turkey, the United Arab Emirates, Qatar, and China – would need to step back, and allow a multilateral process guided by an impartial international body and based on human rights principles to take its course.

As Special Rapporteurs, who work on a voluntary basis and are independent from any government or organisation, we believe the UNHRC is well placed to give the Lebanese people what they desperately need.

While we know the Council has the capacity to mandate an international investigation that would meet the Lebanese people’s demands for transparency and impartiality, we are also aware of how political pressures can cloud such a process.

Just a few months ago in June, amid the Black Lives Matter uprising in the US, a bloc of African countries pressed the Council to hold an urgent debate on racism, police brutality and violence against protesters. During the debate, some delegates called for an international probe to investigate racially motivated police brutality in the US. However, due to pressure from the US and its many allies, the Council failed to efficiently address the problem and merely adopted a vague resolution calling for a report on racially discriminatory and violent law enforcement practices used against Africans and people of African descent, without specifically naming the US.

Only time will tell whether the UNHRC will be able to lead the way in the Lebanese people’s quest to bring justice to the victims of the explosion and hold the people responsible to account.

To mandate an international investigation into the Port of Beirut explosion, the Council needs at least one country to officially put forward such a request. If a group of countries backs the proposal, it will send the message that the international community is ready and willing to help Lebanon in its time of need.

Come September, the Lebanese people will see whether the messages of solidarity and concern issued by world governments in the aftermath of the devastating explosion were honest. If the UNHRC successfully mandates an independent investigation into the matter and ensures that the investigation is conducted in a transparent and impartial manner, it will give the Lebanese people renewed hope for their country’s future. But if it buckles under political pressure and takes no action, or accepts a watered-down resolution, it will confirm the fears that the international community is incapable of furthering an impartial human rights agenda.

Gaza fears the worst as Israel ratchets up its siege | News