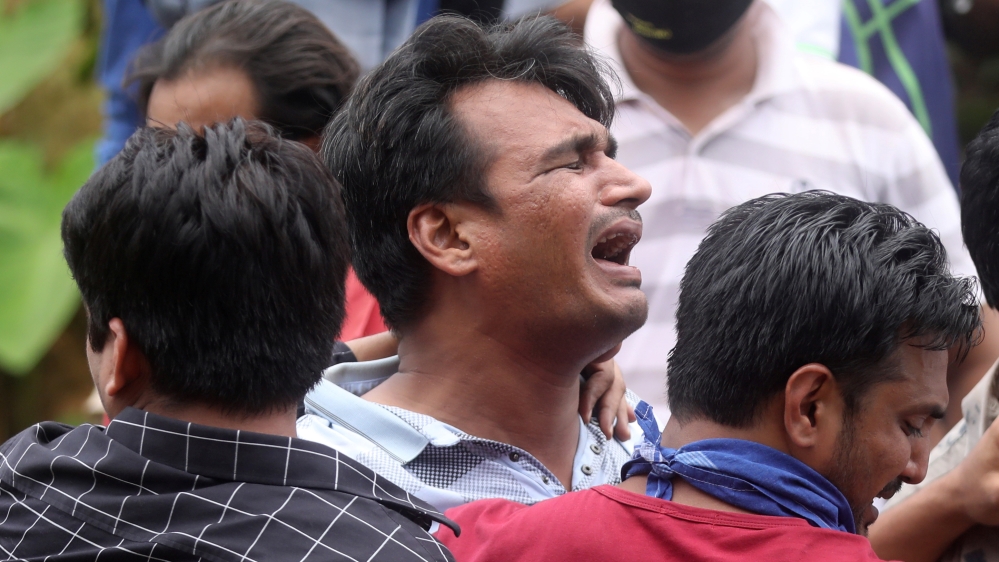 At least 13 people have been killed and several are still missing after a residential building collapsed in western India, where a rescue operation has been under way for more than 28 hours, officials said on Tuesday.

The emergency services have found 76 people alive, but there are still about six unaccounted for following the disaster on Monday evening in Mahad, an industrial town about 165km (100 miles) south of Mumbai.

Workers rescued a four-year-old boy after his cries were heard beneath the ruins of the five-storey building, which a police officer described as having come down like “a deck of cards”.

As an ambulance crew rushed the child from the disaster site, distraught relatives shouted out the names of missing loved ones, while some combed through warped tin sheets, mangled metal rods and broken concrete looking for signs of life.

A woman among the survivors described how she and her three daughters fled when the building, which had contained 47 apartments and was home to about 200 people, began to shake.

“We had just gone a few metres from the building and we heard a loud noise. Then there was smoke everywhere. The building collapsed a few seconds after we ran out,” Shabana Lora told the Reuters news agency.

Other survivors said they had first thought they were caught in an earthquake, before realising only their apartment block had come down.

Government officials said 18 of the more seriously injured were admitted to hospital.

As the search for survivors continued in the rain, rescue teams tried to remove or stabilise sections of the building in danger of a fresh collapse.

According to a police official at the site, legal action had been initiated against the builder.

The cause of the disaster has not been determined, but building collapses are common, especially during the monsoon season rains, as construction is often shoddy, with builders disregarding regulations and using substandard materials.

Responding to the latest disaster, Prime Minister Narendra Modi expressed his sadness in a tweet, and said he was praying for the injured to recover.

Gaza’s MCA rapper: An 11-year-old’s message to the world | News