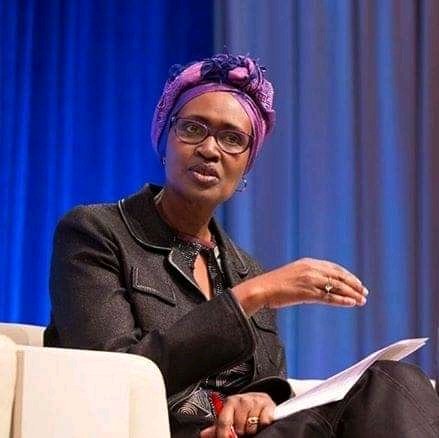 The 13th Annual Joint AIDS Review themed ‘Ending AIDS: Leaving No one Behind’ has commenced today August 26, spearheaded by the Uganda Aids Commission and their partners.

The two-day conference is ongoing at Imperial Royale Hotel where HIV/AIDS related issues are being addressed with an emphasis on the impact of Covid-19 on the vulnerable citizens.

In her keynote address, Eng. Winnie Byanyima, the UNAIDS Executive Director argued thus, “Health care is a human right and should never depend on how much money one has in their pockets. So, government should provide publicly funded health care that is truly for all without discrimination.”

She noted that government can raise the money for a solid, improved health care system after the global tax system has been reformed.

“There are lots of loopholes in the global tax system which need to be looked into so that we can raise our revenue,” she said.

She also stressed that even when the antiretroviral  tablets (ARVs) were discovered, millions of people died waiting for the price of the medicine to come down. However, such a mistake can’t be repeated and the covid-19 vaccine should be free.

“UNAIDs is on a call for a covid-19 vaccine to be a ‘People’s Vaccine, available to everyone; everywhere free of charge,” she said.

HE Rosa Malango, the UN Resident Coordinator said that HIV and malaria have been the leading causes of death in Africa and have been worsened by covid-19.

Dr Nelson Musooba, the Director General of Uganda Aids Commission said that HIV deaths have reduced over the years with 80,000 patients passing on annually in early 2000s but the number has currently reduced to 20,000.

“We will continue to put our efforts and make investments in encouraging people to go and test because once you test and know you are positive, you get enrolled. Government will continue to make sure that medication is available,” he said.

He also confirmed that the mother to child transmissions have reduced by 95%.

H.E Nicole McHugh, the Deputy Ambassador Republic of Ireland, said that during the pandemic, the vulnerable are more vulnerable and therefore should be considered.

“The covid-19 impact has been significant and we all need to work tirelessly to prevent the spread of the virus,” Nicole noted.

She said that the US government and Ireland government have prioritized the focus on HIV and AIDS globally particularly in Uganda in the last 2 decades.

HE Christopher Krafft, charge d’affairs US Embassy Kampala, said that through the US government, agencies like USAID among others, the United Nations is supporting countries including Uganda, during epidemics and also in HIV prevention.

Related Topics:HIV/Aidsnewswinnie byanyima
Up Next