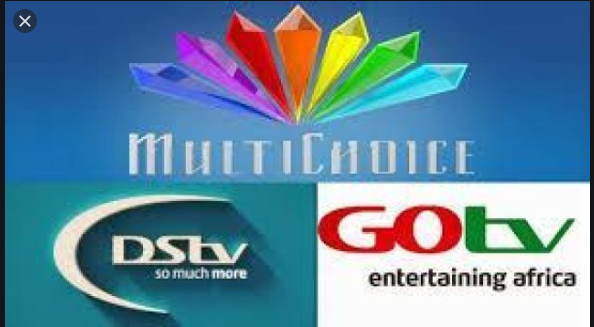 With just under a month to go before the 2020/21 football season kicks off, SuperSport is set to deliver all the football worth watching.

24 August 2020, Kampala – Uganda* – SuperSport is the home of worldâ€™s top leagues in the 2020/21 football season, starting this September on DStv and GOtv, with an unmatched offering of the beautiful game from the best players in the world, all in HD.

As the 2019/20 season draws to a close, interest in the upcoming season is ramping up. If the hype of the previous season – with Liverpoolâ€™s momentous triumph –  is any indication, the looming season is bound to be captivating.  And with SuperSportâ€™s comprehensive coverage of the most loved football leagues, with hundreds of games from *Premier League,* *La Liga *(with exclusive English commentary) and *Serie A* – on the new dedicated thematic channels – thereâ€™s no need to look any further.

In addition to the big three leagues, SuperSport will also be bringing viewers unprecedented coverage which includes the Euro 2020 Championship, UEFA Euro 2020 Qualifiers, European qualifiers for the 2022 FIFA World Cup in Qatar, the UEFA Champions League and the UEFA Nations League   â€“ itâ€™s set to be a year-round football feast!

The breadth and depth of the coverage, will, as usual include build-ups with respected analysts as well as language options for commentary including Pidgin, Swahili and Portuguese â€“ cementing SuperSport as the unrivalled football destination of choice for viewers across Africa.

Hassan Saleh, General Manager of MultiChoice Uganda says of the upcoming season: â€œBuilding on the euphoria of the season that just concluded, we are excited to deliver world-class football to fans as we always do. Thereâ€™s a lot to look forward to and we are proud to provide a platform for customers to experience the significant moments of the game at high quality.

Football fans on the continent were given a preview of the â€˜new normalâ€™ of live football in the last part of the 2019/20 season as a result of the worldwide pandemic, changing the dynamic of how the game is broadcast.

Other changes for this season also include team and leadership adjustments:

The dates for the season to begin usually arrive in August, but the suspension and late finish due to world events, means all three of Premier League will kick-off their new campaigns in September, the 12th for England and Spain, and the 19th for Italy. All three leagues are scheduled to wrap up on 23 May 2020.

In the Premier League, the trio of Leeds United, West Bromwich Albion and Fulham will be the ‘new boys’ after securing promotion at the end of last season. West Brom and Fulham have been regular competitors in recent Premier League seasons, but the return of Leeds is big news: the Whites are truly one of the biggest clubs in England and a first showing in the top flight since 2003-04 adds to the excitement and intrigue for 2020-21.

BBNaija Lockdown! Ozo wins the Head of House Game for the Second Time