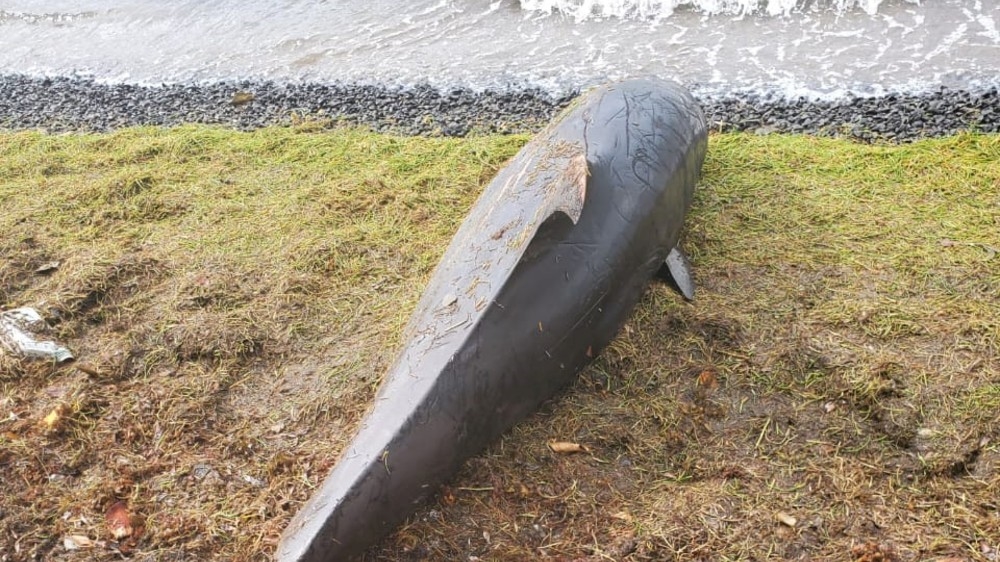 Greenpeace has called on the government of Mauritius to carry out an “urgent investigation” after several dead dolphins washed up on the island country’s shores, a month after a major oil spill caused by a ship that ran aground.

“This is a deeply sad and alarming day for the people of Mauritius,” Happy Khambule, Greenpeace Africa’s senior climate and energy campaign manager, said in a statement on Wednesday.

“Greenpeace appeals to the authorities to carry out a swift, transparent and public autopsy on the bodies collected.”

The Japanese-owned MV Wakashio struck a coral reef off the Indian Ocean island on July 25 and began spilling oil on August 6, prompting the government to announce a state of environmental emergency.

The spill spread over a vast area of endangered corals, affecting fish and other marine life in what some scientists have called the country’s worst ecological disaster.

The impact of the spill is still unfolding, scientists said, and the damage could affect Mauritius and its tourism-dependent economy for decades.

The Associated Press news agency on Wednesday cited environmental groups and experts as saying at least 14 dead dolphins had washed up on Mauritius’s coast. Other dolphins stranded onshore and appeared seriously ill, according to environmental consultant Sunil Dowarkasing.

“This is a terrible day. We are seeing these dolphins swim up to the shore in distress and then die,” said Dowarkasing, a former member of parliament. “We have never seen deaths of these very intelligent marine mammals like this. Never.”

Jasvin Sok Appadu, a government official from the fisheries ministry, put the number at 17.

“The dead dolphins had several wounds and blood around their jaws, no trace of oil, however. The ones that survived, around 10, seemed very fatigued and could barely swim,” Appadu told Reuters news agency.

This incident must be investigated fully and transparently!

If the oil spill was indeed the cause of this tragedy, then the polluters must be held accountable for the harm done to coastal communities and their #Biodiversity >> https://t.co/OHBtIChDzf #BreakFreeFromFossilFuels

A spokeswoman for local Mauritian environmental group Eco-Sud called for the autopsy results to be released publicly and said the group wanted to be present during the autopsy “to better understand why the dolphins died”, but was still waiting for a response from authorities.

Worryingly, the AFP news agency reported at  least nine melon-headed whales had also washed up on the shores of the country.

The animals, some of which were still alive when they were found and later died, were stranded on the southeastern beaches of Grand Sable, and some of them appeared to have injuries.

Local government official Preetam Daumoo told AFP he had seen 13 dead whales and one still alive. Authorities loaded some of the bodies into the back of a van to be taken for autopsies.

Daumoo, like other residents, said he feared the stranding of animals was a result of the ship running aground and spilling more than 1,000 tonnes of fuel into the pristine waters.

However, experts said it was too soon to say what had caused the deaths of the animals.

Owen Griffiths, of the Mauritius Marine Conservation Society, told AFP, “it is probably a very unfortunate coincidence”, referring to a similar stranding in 2005.

“Likely they followed a school of fish into the lagoon, got confused, could not find their way out to sea again and tried to head out to sea directly over the coral reef instead of finding the pass. In their panic and stress they collided with corals, became exhausted and died,” he said.

“At this stage, we have no idea of cause of death. An autopsy with stomach content analysis and lung examination – to look for oil traces – needs to be done.”

Mauritius has appealed to the United Nations for urgent aid, including help from experts in oil spills and environmental protection.