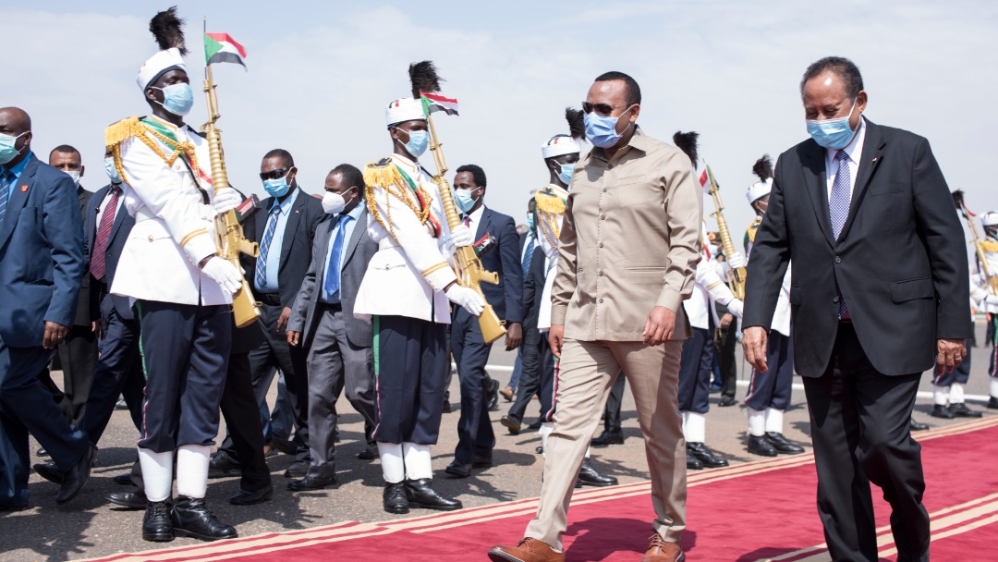 Ethiopia and Sudan have said they would make every effort to reach a deal on a giant hydropower dam on the Blue Nile River that has caused a bitter dispute between Addis Ababa and Cairo over water supplies.

Ethiopian Prime Minister Abiy Ahmed visited the Sudanese capital Khartoum on Tuesday in the latest effort by the African nations to reach an agreement over the Grand Ethiopian Renaissance Dam (GERD).

“The two sides emphasised they would make every possible effort to reach a successful conclusion to the current tripartite negotiations,” said a joint statement issued by Ethiopia and Sudan.

The talks between Ethiopia, Sudan and Egypt should lead to a formula that makes the dam a tool for regional integration, the statement added.

The two nations also lauded the African Union for its mediation in the matter, calling it a move that embodied “African solutions for African problems”.

Earlier this month, the three nations had agreed to present draft proposals over the management of the hydroelectric dam.

The GERD, situated in western Ethiopia on the Blue Nile River, has been contentious since Ethiopia broke ground on the $4bn project in 2011.

Negotiations have previously faltered over a demand from Egypt and Sudan that any deal should be legally binding, over the mechanism for resolving future disputes, and over how to manage the dam during periods of reduced rainfall or drought.

The two downstream nations, Egypt and Sudan, have repeatedly insisted Ethiopia must not start filling the reservoir without reaching a deal first.

The dispute reached a tipping point in July, when Ethiopia announced it had completed the first stage of the filling of the dam’s 74 billion cubic-metre (19.5 trillion gallons) reservoir, sparking fear and confusion in Sudan and Egypt.

To Ethiopia, the GERD project offers a critical opportunity to pull millions of citizens out of poverty and become a significant power exporter.

For Egypt, which depends on the Nile River to supply its farmers and a booming population of 100 million with fresh water, the dam poses an existential threat.

Sudan, geographically located between the two regional powerhouses, says the project could endanger its own dams.