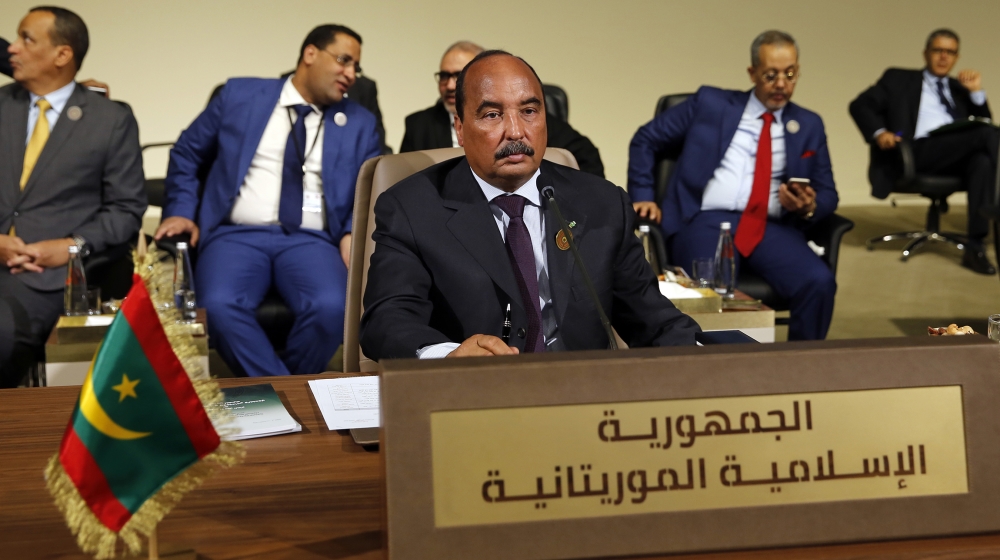 “He has not been charged but his passport, which was taken on his arrest, has not been returned,” attorney Taghioullah Aida said on Monday, adding that Aziz has also been banned from leaving the capital, Nouakchott.

Al-Akbar news portal, citing an official source, said the former president has been placed under surveillance by the Economic Crimes Police.

Aziz had gone to the headquarters of the General Directorate for National Security  on August 17 after police went to his home and asked him to cooperate with the investigators.

Aziz, 63, was arrested last week on charges of corruption put forward by a parliamentary committee that has scrutinised his time in power.

The former president initially resisted cooperation with investigators and refused to answer questions. However, he later agreed to cooperate after being pressured by the investigators.

Several former officials suspected of corruption during Aziz’s era had earlier been questioned by the authorities.

According to Sahara Media, those questioned included close confidants of the former president, including the accountant of the Al-Rahma Foundation established by his son.

Aziz seized power in 2008 and served two terms as president before being succeeded in August 2019 by Mohamed Ould Cheikh El Ghazouani, his former right-hand man and ex-defence minister.

Aziz had been kept at arm’s length by Ghazouani since leaving power.

Little more than four months after he left office, parliament set up a commission of inquiry into his affairs.

Aziz failed to answer a call to testify before the commission in early July.

The MPs then swiftly approved a law to set up a High Court of Justice that would be empowered to try presidents and ministers in cases of “high treason”.

The parliamentary report was formally handed to the prosecutors this month.

It was followed on August 9 by a government reshuffle that turfed out four former ministers whose names surfaced in the investigation, including former Prime Minister Ismail Ould Bedda Ould Cheikh Sidiya.

Among the issues probed by the commission, according to sources in parliament, were the handling of oil revenue, the sale of state property in Nouakchott, the winding up of a publicly owned food supply company, and the activities of a Chinese fishing company called Pully Hong Dong.

New Prime Minister Mohamed Ould Bilal was a minister for several terms under former President Sidi Ould Cheikh Abdallahi, who was deposed in the coup led by Aziz.

Trump, Pence speak at RNC in Charlotte after official nomination | US & Canada News