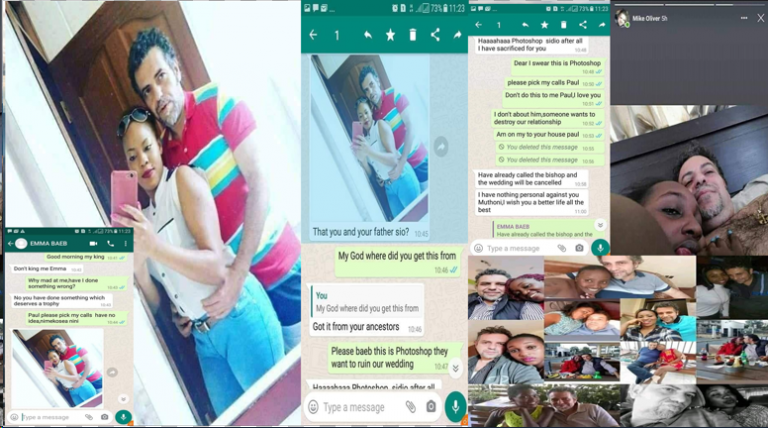 Mike Oliver, a Zungu whopper champion who is now trending for bonking over hundreds of babes in Kenya is continuing to wreck havoc.

Oliver, shocked the whole East African community over the weekend when he posted pics of ‘loose’ babes he claims to have successfully bonked on social media.

To add more salt in their fresh wounds, Oliver went on to reveal his HIV status.

Today I agree with my friend’s assertion
In fact loose is understatement of what these women are
Just show them a dollar and you’ll see them shake
A dollar melts them like ice in summer
Perhaps my skin color to excites them.

Consequently, I believe I’ve no case to answer
All the hundreds of women I’ve smashed were adults
And I paid for all the services they offered
Those who accepted to eat peeled banana harvested more
Kindly don’t crucify me, I will be leaving soon
And for you cheap women
You can block me on social media
But you cannot un-moan my name!”, he posted.

Now one of Oliver’s victims has been dumped by her man after he landed on her pic among those that the controversial Zungu posted. According their whatsapp conversation, the pair were to walk down the aisle but now the guy has already halted the wedding plans.

” i  have already called the Bishop and the wedding will be cancelled”, the guy tells the babe in the teary conversation as she tries to plead.

CiplaQCIL to enter the private market in Uganda

Bebe Cool opens up on how Shortkut contracted COVID-19