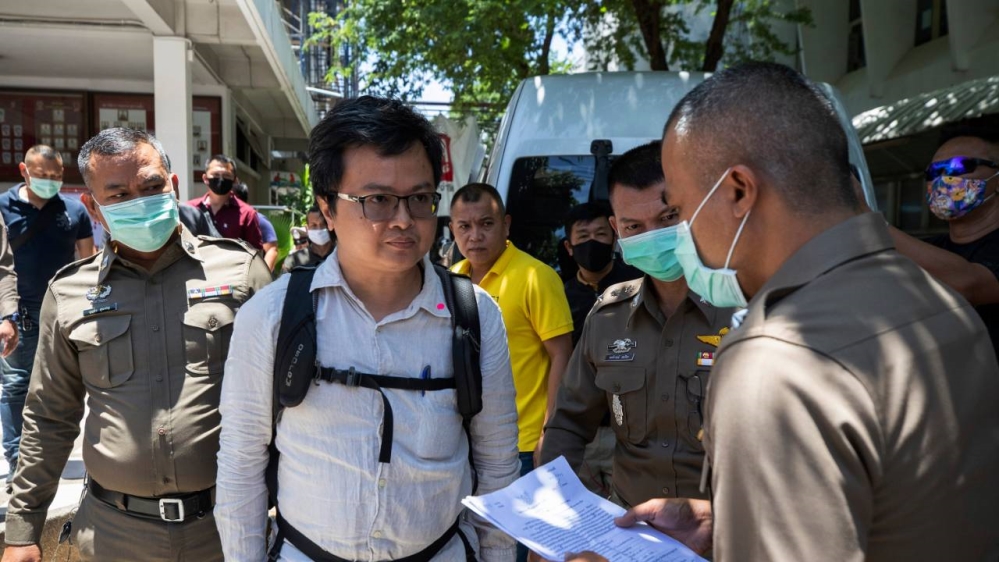 Facebook blocked access within Thailand to a group of one million members that has criticised the country’s king but said it was planning a legal challenge to the government’s demand.

The move comes amid near-daily youth-led protests against the government of Prime Minister Prayuth Chan-ocha, a former military chief, and unprecedented calls for reforms of the monarchy.

On Tuesday, police arrested for the third time this month prominent lawyer and activist Arnon Nampha, the first-ever person to openly call for reforms of the monarchy. He was also arrested last week and in early August.

The “Royalist Marketplace” group on Facebook was created in April by Pavin Chachavalpongpun, a self-exiled academic and critic of the monarchy.

On Monday night, the page brought up a message: “Access to this group has been restricted within Thailand pursuant to a legal request from the Ministry of Digital Economy and Society.”

Pavin, who lives in Japan, said Facebook had bowed to the military-dominated government’s pressure.

“Our group is part of a democratisation process, it is a space for freedom of expression,” he told the Reuters news agency.

“By doing this, Facebook is cooperating with the authoritarian regime to obstruct democracy and cultivating authoritarianism in Thailand.”

Pavin’s new group of the same name already had more than 455,000 members on Tuesday.

Facebook said on Tuesday it was planning to legally challenge the Thai government after being “compelled” to block access to the group.

“Requests like this are severe, contravene international human rights law, and have a chilling effect on people’s ability to express themselves,” a Facebook spokesperson said.

“We work to protect and defend the rights of all internet users and are preparing to legally challenge this request.”

Thailand’s lese majeste laws, which forbid defaming the king with penalties of up to 15 years in prison, is often the basis for such requests to block or remove content on social media platforms.

Alert! Rights lawyer Arnon Nampha was arrested on sedition charges related to his calls for reforms of monarchy. Democracy activists and youth leaders have been arrested again and again for speaking about #Thailand‘s king. #saveทนายอานนท์ #WhatsHappeningInThailand pic.twitter.com/n3ItiTlKvE

Earlier this month, Thailand’s digital minister accused Facebook of not complying with requests to restrict content, including insults to the monarchy.

Digital ministry spokesman Putchapong Nodthaisong said on Monday Facebook cooperated before the deadline because it understood the context of Thai society.

Putchapong did not comment on Facebook’s plan for legal action when asked on Tuesday.

The ministry last week filed a separate cybercrime complaint against Pavin for creating the group.

Meanwhile, Arnon was arrested outside a police station in Bangkok as he and other activists heard charges related to a separate rally at the army headquarters on July 20.

According to the Thai Lawyers for Human Rights, Arnon is accused of committing seditious acts. He is already facing several other charges.

Also arrested on Monday was Panupong “Mike” Jadnok, a youth activist who led a protest against land reclamation in Rayong province while Prime Minister Prayut was visiting.