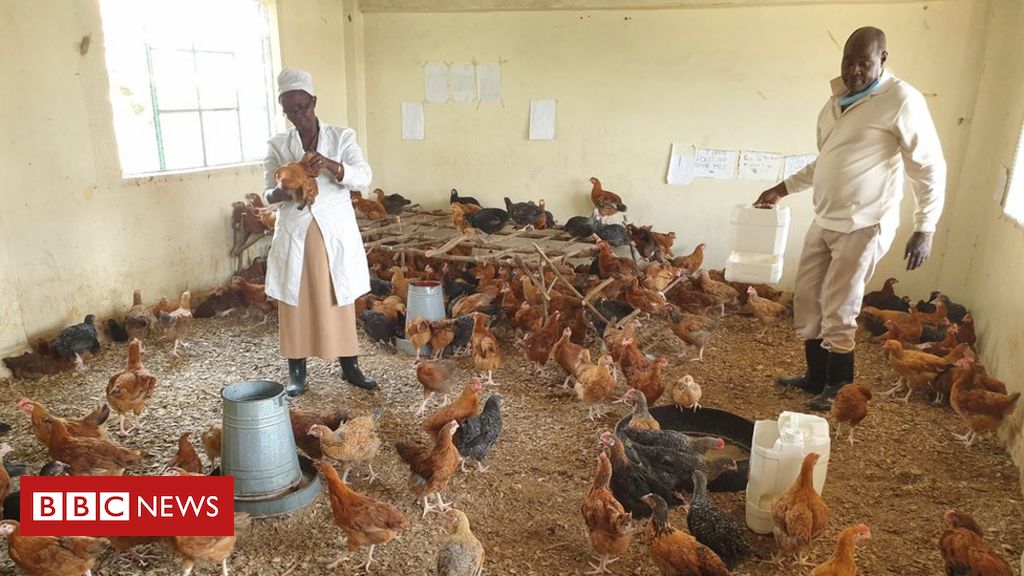 Kenya’s decision to close all schools until next January because of coronavirus has left many of its private schools struggling to survive, as Basillioh Mutahi and Mercy Juma report.

The classrooms at Mwea Brethren School, which once resonated to the sound of children learning, are now filled with a cacophony of clucking chickens.

On the chalkboard, maths equations have been replaced by a vaccination schedule.

Joseph Maina, who owns the central Kenyan school, has had to turn to nurturing animals to earn some money as he is no longer getting an income from providing an education.

Things were especially tough in March, when all the schools were told to close, as he was still repaying a loan and had to renegotiate with the bank.

At first, it seemed that everything was lost, but “we decided that we must do something [with the school] for survival”, Mr Maina tells the BBC.

As private schools, which educate around a fifth of Kenyan children, rely on fees for their income, their enforced closure has meant that they cannot pay the staff and many are in serious financial trouble.

A small number of schools have managed to continue teaching through online learning, but the fees they are getting barely cover teachers’ basic living expenses, according to the Kenya Private Schools Association (KPSA).

About 95% of the more than 300,000 private-school staff members have been sent on unpaid leave, KPSA chief executive Peter Ndoro says.

In addition, 133 schools have been forced to close permanently.

In order to avoid taking this drastic measure, Roka Preparatory, another school in central Kenya, has also converted its premises into a farm.

“Things have never been this bad,” James Kung’u, who founded the school 23 years ago, tells the BBC.

Outside, vegetables are now growing in what was the playground.

He is also rearing chickens.

“My situation is similar to other schools. I struggle to fuel the car. The teachers and the students are no longer here. Psychologically, we are very much affected,” Mr Kung’u says.

Both Mwea Brethren and Roka have retained only two employees, who are helping with the farm work.

“It is not for riches. We are comfortable… at least you are not bored, you are busy and it’s like therapy,” says Mr Kung’u.

No role for teachers

While the two schools have found an alternative source of income, the owners worry about the fate of their teachers, who have had to go without pay for five months.

This is in contrast to staff at state-run schools, who have been receiving their salaries.

Mr Maina says some teachers in his school have called him to ask if there is anything they can do. “But unfortunately we don’t even have enough to feed ourselves,” he says. 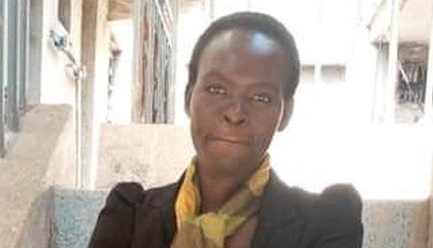 I have been trying to hustle a bit to find something for my child, but it has not been easy”

As a consequence, many have turned to alternative professions.

Macrine Otieno, who taught for six years at a private school in the capital, Nairobi, was evicted from her house after she was unable to pay her rent.

She took a job as a live-in nanny to be able to get shelter and food.

“Since we had our first case of coronavirus in Kenya, and the schools were closed, there has been nothing for me to do.

“I have been trying to hustle a bit to find something for my child, but it has not been easy,” she tells the BBC.

Gloria Mutuku, a teacher in eastern Kenya, decided to become an entrepreneur and took a loan to start a business selling groceries when the schools closed.

She hopes her business will do well and does not plan to go back to teach even when the schools reopen.

Her idea is not uncommon and furthermore there is a question mark over whether the private schools will be able to reopen, as adapting to coronavirus could impose extra costs.

KPSA wants the government to help resolve the financial problem through grants totalling $65m (£50m). It is also hoping that the teachers stay in the profession.

“There is need for the government to support private schools because they contribute so significantly to the economy and actually reduce the expenditure of the government on education,” Mr Ndoro says.

If the money is not forthcoming “some of the schools may not be able to survive”, he warns.

The ministry has offered help through a concessionary loan that will be available to those establishments that qualify but Mr Ndoro fears it won’t be enough to save all the country’s schools.