After suspending its shows in March this year due to the Covid pandemic, Comedy Store Uganda is resuming its weekly shows but this time the comedy-entertainment show will be hosted virtually.

The show hosted by Alex Muhangi has partnered with Fezah, the digital airplay monitoring and artist booking platform, to debut their online shows in a bid to cope with the ‘new normal’ which has restricted mass gatherings.

Comedy Store’s ‘scientific’ edition will be held Friday August 28 starting at 8pm. Organizers promise the same blended entertainment experience but at an affordable price and with more convenience.

When government banned entertainment events in March so as to slow the spread of the virus, this meant that event organizers had to find innovative ways to stage shows. Muhangi says the partnership with Fezah aims to achieve exactly that.

While musicians have continued to make TV appearances and online performances, the comedy industry has had no activity. This is because stand-up comedy has always thrived on a live audience. But with the uncertainty surrounding how long the ban on shows could last, Muhangi says it’s time to go digital.

“Comedy Store fans have been requesting us to think of alternatives through which they can continue to enjoy comedy. They miss the experience. So, with Fezah, we are offering a solution,” Muhangi said.

Tickets cost Shs 10,000. To buy a ticket, revelers will have to log on to live.fezah.com. On the website, they will scroll through the listed events and select ‘The Alex Muhangi  Show: Comedy Store Uganda – Scientific’. Then they’ll click ‘Buy a Ticket’ either using Mobile Money or a Visa card. For queries, call 0772977979.

Once you have paid, you will receive an email with your code and details on how to access the show.

“We think the online shows will be convenient for our fans. You can watch from wherever, including the Diaspora. And it’s cheap. Ordinarily, our tickets go for 20k, but the online shows will cost 10k. That way, you can spare some money for internet data. But it will be the same great entertainment package,” Muhangi said. 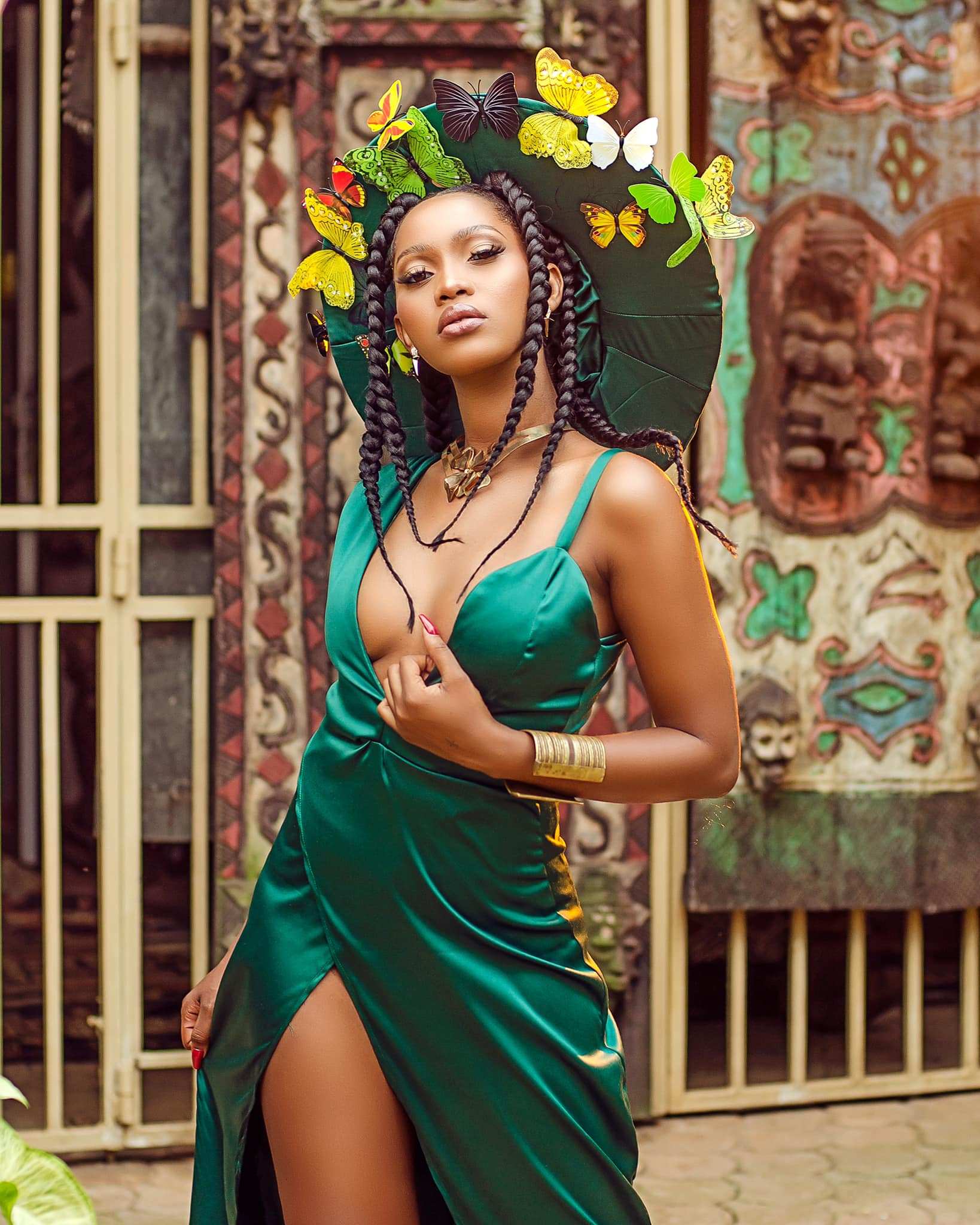 Songstress, Hajara Namukwaya aka Spice Diana has buried hopes of male musicians who have often sought and dreamt of winning a place in her heart as lovers.

This follows her discontinuation of any chance to date a fellow musician.

Appearing in a radio interview on Galaxy FM’s ‘Explosion’ with Mr. Henrie, the ‘Ready’ singer said she would never fall in love with a colleague in the same business she does.

Spice revealed how it would be disastrous for each other’s music careers especially after breaking-up.

She also neatly learns from the past relationships between artists that have always ended-in-tears.

“It’s a bit hard, and complicated for me. If you go by the records, such relationships have and will always end in tears. If the relationship ends in tears, we can’t look in each other’s face hence disrupting my business. I can’t handle because when I break-up with you, I don’t even look into your face,” Spice Diana said on radio.

Spice’s narration puts at rest all reports have often arraigned in relationships with number of fellow musicians.

This year, the Irish holiday celebrated across the world with fanfare, parades and Guinness, their biggest beer export, may not be as action packed as previous years due to the coronavirus pandemic restrictions and Standard Operating Procedure (SOPs) set by the government to curb its spread.

In the interests of keeping the public safe, the Luzira based brewery is recognizing the holiday by illuminating their main building, The Bell House in neon green lights ahead of the actual St Patrick’s Day set for Wednesday, March 17.

UBL’s Premium Beers Manager, Elizabeth Batamuliza reiterated the brewery’s effort in commemorating St Patrick’s Day, as recognition of their beer brand Guinness’ Irish heritage. Guinness was first brewed in Dublin, Ireland in 1759 and it is a mainstay in St. Patrick’s celebrations all over the world.

“As Guinness, we recognize that Ireland is our home. We encourage our Guinness consumers across the country to toast to St Patrick’s as we look forward to a momentous celebration next year,” she said.

UBL’s headquarters illuminating in green to celebrate St. Patrick’s is part of Ireland’s Global Greening Initiative that has seen over 500 iconic buildings and sites across the world lit green over the years.

In Uganda, the Jinja Bridge and the Equator have previously been lit green. Famous sites across the world include Madison Square Garden in the US, London Eye, Burj al Arab in UAE, Niagara Falls in Canada, the ‘Welcome’ sign in Las Vegas, the Chain Bridge in Budapest, Hungary and the Christ the Redeemer statue in Rio de Janeiro, Brazil among others have also been lit in green lights.

St Patrick’s started as a Christian holiday in Ireland to honour the country’s patron saint that was killed in the fifth century. It has morphed into an annual celebration of Irish culture across the world. 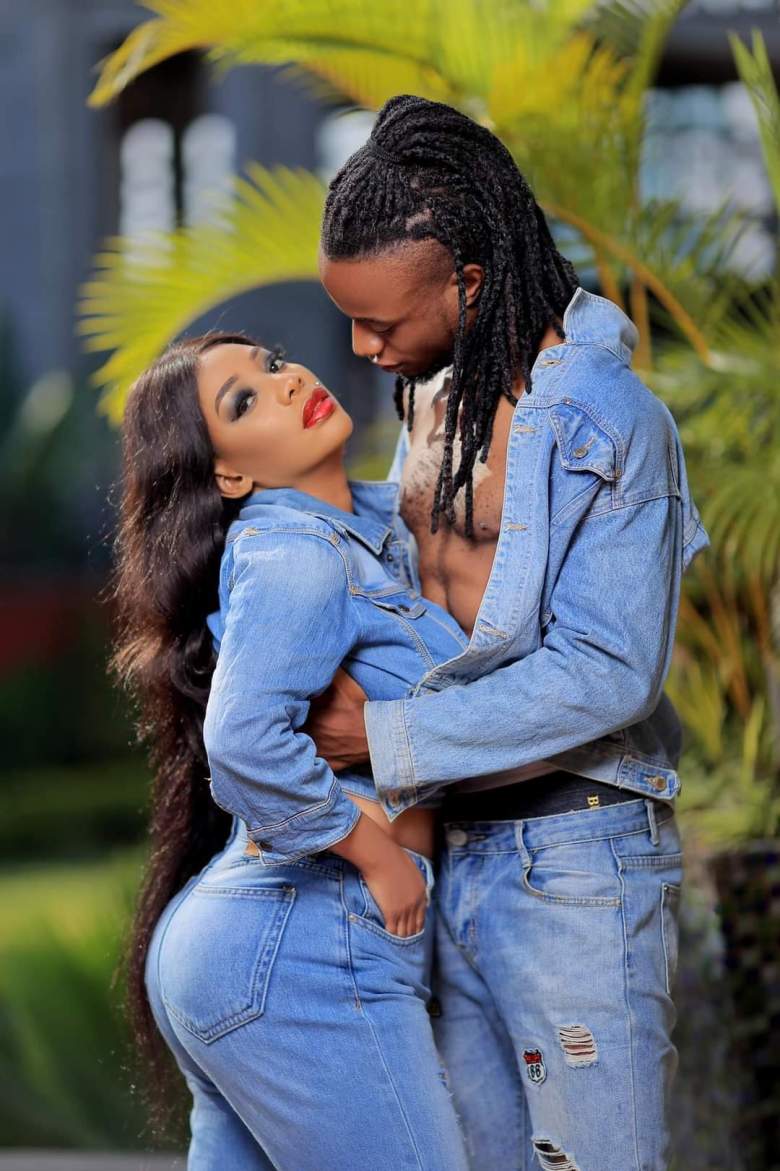 Soon, and very soon, Embezola is going to walk down the aisle with the love of her life Asha. Bad Black is head over heels about the developments and here are a few things we know about the wedding in the offing.

In your head, picture Bad Black in a wedding gown, walking down the aisle, hand-in-hand with Asha, both smiling and waving to the few invited guests. What a sight that will be!

Well, it is no longer a secret that Bad Black will soon become Mrs. Somebody. In recent months, she has been showering praise upon Asha. They both now have tattoos of each other’s name on their bodies.

During an interview with MC Ibrah, Bad Black revealed that the introduction ceremony will be happening very soon and the preparations are already underway.

What she is already sure about is that the introduction and wedding will take place in Uganda at venues that will be discussed upon because she is a Muganda and so is her husband to be.

On the list of performers; Winnie Nwagi, Dre Cali, and Lydia Jazmine, are a must according to Bad Black who will be meeting the managers of the mentioned artistes soon.

The self-styled Embezola warned her followers against expecting to see her donning cultural wear because she is not such a cultural person.

She also stressed that she does not have a big bums and yet Gomesis only look good on women who have big bums so they won’t be an option for her.

Bad Black is not bothered about whether her parents are okay with the introduction or not. She is determined to make this dream come true at all costs.