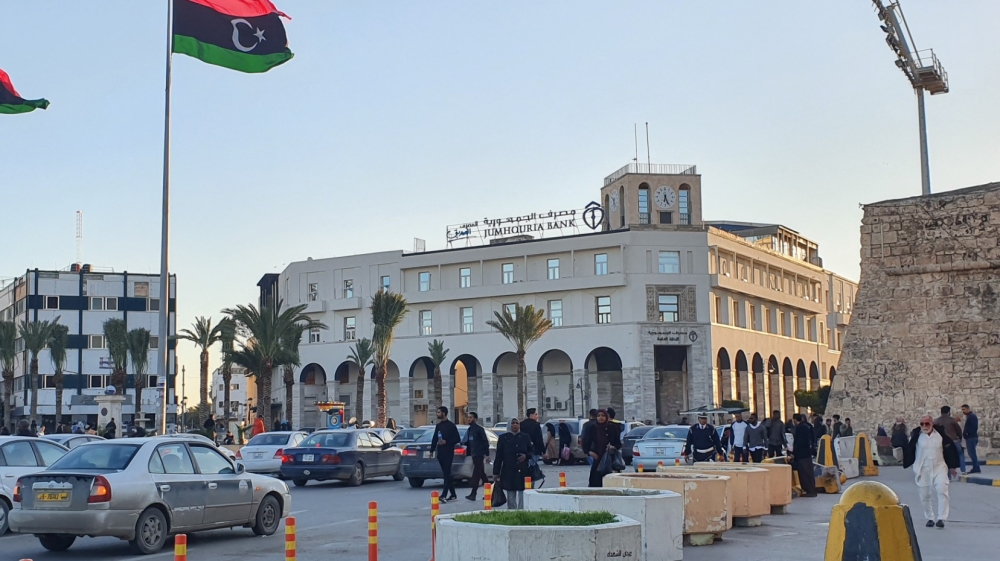 The United Nations Support Mission in Libya (UNSMIL) has urged the internationally-recognised Government of National Accord (GNA) to conduct an “immediate and thorough investigation” after security forces used excessive force against demonstrators in Tripoli.

Hundreds gathered in the capital on Sunday evening to protest against deteriorating living conditions, poor basic services and corruption in the war-torn country, before security personnel fired into the air to disperse them, according to reports citing witnesses.

“UNSMIL calls for an immediate and thorough investigation into the excessive use of force by pro-GNA security personnel in Tripoli yesterday which resulted in the injury of a number of protesters,” the UN mission said in a statement on Monday, without specifying how many people were wounded.

Videos and photographs circulating on social media showed men in military attire aiming their guns towards protesters in one of the capital’s streets.

Ayman al-Wafi, a young man in his 20s who attended the protest, told AFP news agency that demonstrators had left Martyrs’ Square after “security forces started firing in the air”.

“Our sons are in cemeteries & politicians are enjoying life. Our kids even began migrating by boat. Is this what it has come to?”https://t.co/1tTNcs5RsU

Angered by chronic water, power, and petrol shortages in a country with Africa’s largest proven crude oil reserves, the mostly young people had marched through the city centre chanting slogans including “No to corruption!”

Interior Minister Fathi Bashagha called those responsible for the violence “outlaws who infiltrated the security forces” supervising the protest.

The interior ministry on Sunday evening said in a statement that the men “do not belong to the security forces” and would be arrested.

The protest came two days after GNA Prime Minister Fayez al-Sarraj announced a ceasefire in Libya’s long-running conflict and called for the lifting of an oil blockade by rival authorities based in the east of the country.

For more than five years, Libya has been divided into rival camps based in the east and west. In June, Turkish military support for the GNA forced renegade military commander Khalifa Haftar’s self-styled Libyan National Army (LNA) to retreat from a 14-month offensive on Tripoli.

The eastern-based LNA has received backing from the United Arab Emirates, Egypt and Russia in a conflict that has become an arena for regional rivalries. Front lines have settled for weeks around the LNA-held city of Sirte, in the centre of Libya’s coastline, and Jufra to the south.

“The initiative that al-Sarraj signed is for media marketing,” Mismari said. “There is a military buildup and the transfer of equipment to target our forces in Sirte.”

Mismari made no reference to a parallel ceasefire call also issued on Friday by the head of Libya’s eastern-based parliament, Aguila Saleh.

Saleh has gained influence compared with Haftar since the LNA’s retreat.

Some of the protesters in Tripoli carried white flags to show their lack of allegiance to any of Libya’s main factions, and pictures of al-Sarraj, Haftar and Saleh with their faces crossed out in red.

Related Topics:AfricaLibyaMiddle East
Up Next

COVID: Children aged 12 and above should wear a mask