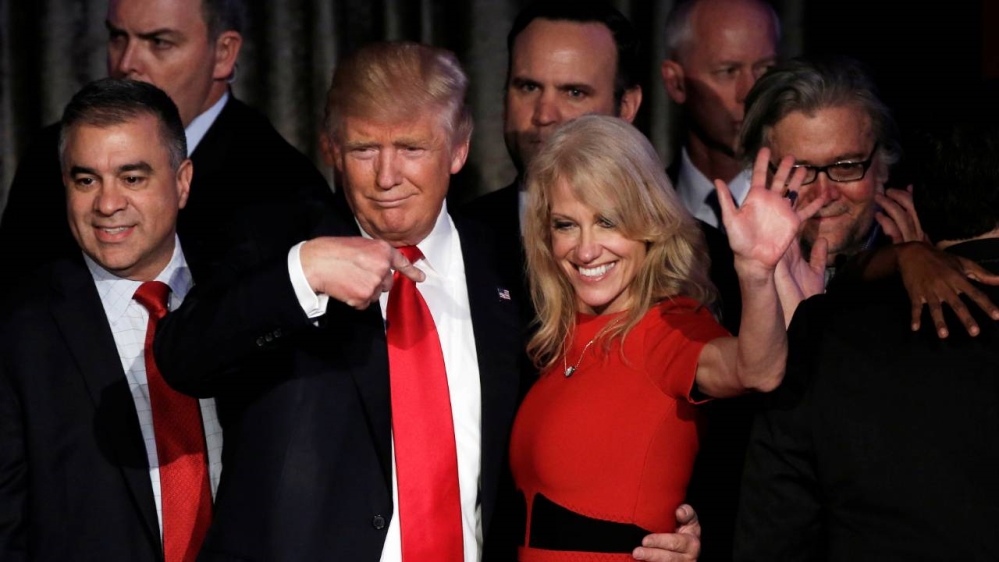 White House adviser Kellyanne Conway has announced that she will be leaving the administration of US President Donald Trump at the end of August, citing the need to focus on her family.

“I will be transitioning from the White House at the end of this month”, she said in a statement.

Her departure, about two months before Trump seeks re-election, comes at a crucial time for the president, and leaves him without one of the more passionate spokespersons about his political and policy choices.

Conway was his third campaign manager in 2016 and has been one of Trump’s most loyal and outspoken defenders in public and on cable news.

She was also the first woman to successfully manage a presidential campaign to victory and more recently, was instrumental in getting Trump to restart regular, but shorter, White House briefings about the coronavirus outbreak.

The latest move by Trump has been viewed as successful in helping arrest a drop in support for the president largely because of his handling of the pandemic.

In a separate statement on social media, Kellyanne Conway’s husband George said he was stepping back from his role in the Lincoln Project, a project with a mission to “defeat Trump and Trumpism at the ballot box”.

George Conway, a conservative lawyer who had co-founded the Lincoln Project, has been a vocal critic of the US president.

In a public feud with Kellyanne Conway’s spouse last year, Trump called him a “wack job” and a “husband from hell”, prompting George Conway to say Trump was mentally unfit for his office.

On Sunday, Kellyanne Conway described her time in the administration and previously with the 2016 campaign as “heady” and “humbling”.

We wish only the best for you and your family in the days ahead and thank you for your invaluable contributions. https://t.co/7XxaUHXkCS

God Bless You All.

She also added that while she and her husband “disagree about plenty” they are “united” about what matters the most to them, their children.

“For now, and for my beloved children, it will be less drama, more mama.”

The couple’s teenage daughter has been feuding publicly with them over politics, declaring on social media on Saturday night that is she was “officially pushing for emancipation”.

For years, she worked as a Republican pollster and operative and originally supported Senator Ted Cruz of Texas in the 2016 Republican primary.

Related Topics:Donald TrumpUS & Canada
Up Next