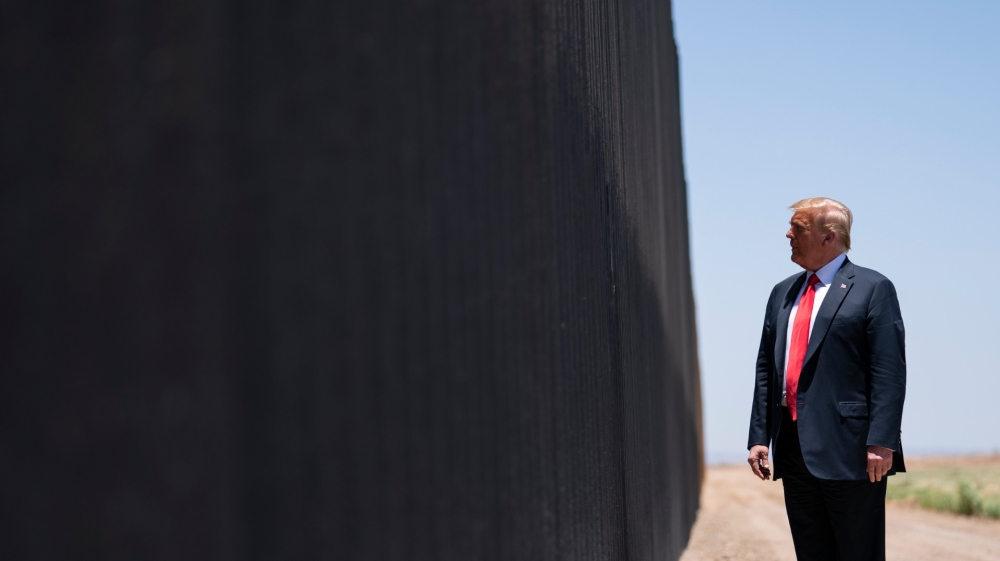 The campaign for President Donald Trump, who will face off against Democratic challenger Joe Biden in the United States presidential election, has released his second-term agenda.

The bullet-point list, which centres around 10 policy areas, comes on the first day of the Republican National Convention, which will culminate in Trump accepting the party’s nomination from the South Lawn of the White House.

Themed “fighting for you”, the Trump campaign says the policy priorities reflect Trump’s “boundless optimism and certainty in America’s greatness”.

The policies also reflect the “America First” message that had defined Trump’s previous campaign and his presidency to date.

The outlined goals remain sceptical of international institutions and trade deals, call for winding down “endless wars” and promise a clampdown on undocumented immigrants and those applying for citizenship who require public support. When it comes to education, Trump promises to “teach American exceptionalism”.

The plans also focus heavily on creating jobs, recovering from the coronavirus pandemic, and continuing to roll back regulatory restrictions on the energy sector. They also reflect Trump’s law and order 2020 campaign messaging in calling for bringing “violent extremist groups like Antifa to justice” while doing away with cash bail reforms.

The campaign has said Trump will offer further details on the plans during the convention. Amid criticism over his handling of the coronavirus and racial justice protests, Trump has said he will seek to present a more upbeat perspective on current affairs than Democrats, who widely portrayed the president as an existential threat to the country.

Here are the recently released policy priorities for a Trump second term:

‘Illegal immigration’ and protecting US workers

Innovate for the future