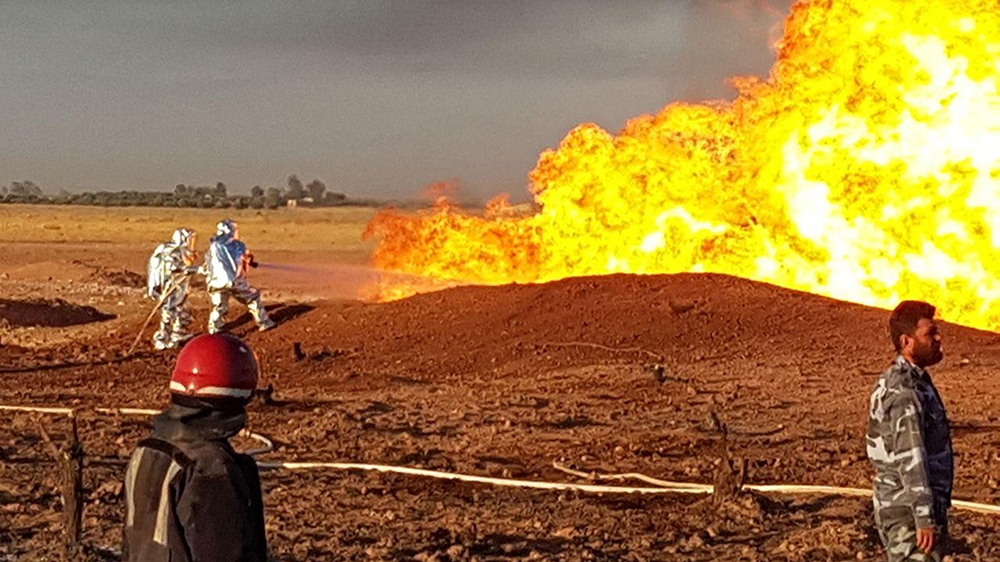 A suspected attack on a pipeline in Syria has caused a nationwide blackout overnight, the state news agency quoted authorities as saying on Monday.

According to SANA, Electricity Minister Zuhair Kharbotli said a pipeline blast in the Damascus area late Sunday “led to an electricity blackout across Syria”.

The oil minister, Ali Ghanem, said the explosion struck the line that feeds three power stations in southern Syria and it may have been a “terrorist act”, but he did not elaborate.

Kharbotli was quoted as saying the explosion on the Arab Gas Pipeline occurred after midnight between the northeastern Damascus suburbs of Adra and al-Dhamir.

He said this was the sixth time the pipeline had been targeted and that technicians were working to fix the problem and electricity should be restored in the coming hours.

SANA published photos of a nighttime blaze it said was caused by the explosion, followed by images after dawn of a mangled pipeline missing a large chunk.

The Arab Gas Pipeline system extends from Egypt into Jordan and Syria.

Damascus residents say they woke up on Monday with no electricity in their homes.

The electricity minister said some power stations had been reconnected and power provided to vital infrastructure, adding that, by dawn, electricity was gradually returning to several provinces.

The incident was the latest in a string of incidents affecting the government’s energy infrastructure.

In December, near-simultaneous attacks believed to have been carried out by drones hit three government-run oil and gas installations in central Syria. One targeted the oil refinery in the central city of Homs.

In January, Syria’s government said divers had planted explosives on offshore pipelines belonging to the Banias refinery on the Mediterranean coast, but the damage had not halted operations.

Syria’s war has killed hundreds of thousands of people and displaced more than half the prewar population since it started in 2011 with the repression of anti-government protests.

It has also caused the Damascus government to lose control of key oil fields, causing state hydrocarbon revenues to plummet by billions of dollars.

Another Lockdown is Not a Solution – Ykee Benda