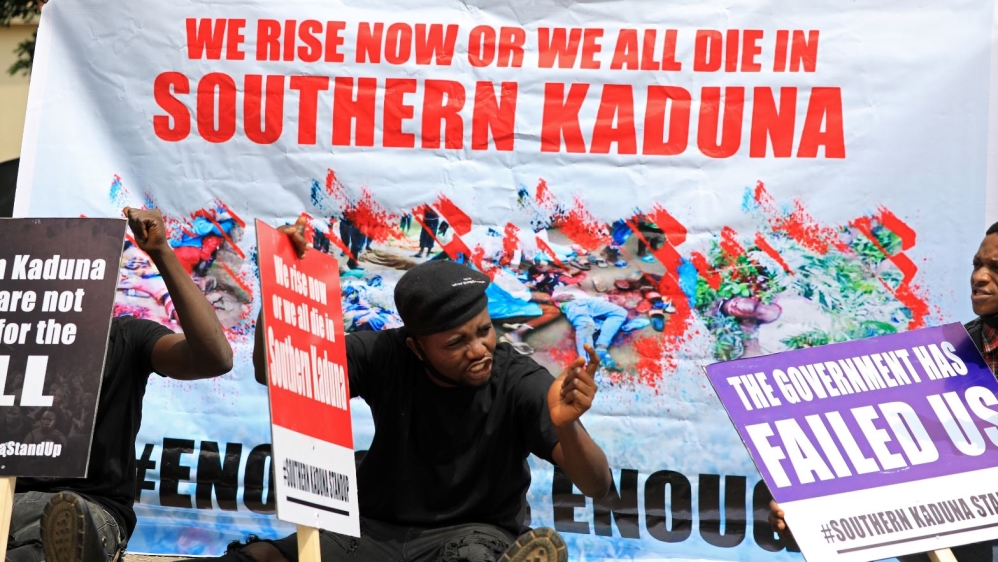 More than 1,100 people have been killed in rural areas across several states of northern Nigeria amid an alarming escalation in attacks and abductions during the first half of the year, according to Amnesty International.

“The Nigerian authorities have left rural communities at the mercy of rampaging gunmen who have killed at least 1,126 people in the north of the country since January,” the London-rights group said in a new report on Monday, giving a figure until the end of June.

The killings, during attacks by “bandits” or armed cattle rustlers, and in clashes between herders and farming communities for access to land, have been recurrent for several years.

Amnesty said it had interviewed civilians in Kaduna, Katsina, Niger, Plateau, Sokoto, Taraba and Zamfara states, who reported living in fear of attacks and kidnappings.

The rights watchdog said villages in the south of Kaduna state were affected the most, with at least 366 people killed in multiple attacks by armed men since January.

“Terrifying attacks on rural communities in the north of Nigeria have been going on for years,” said Osai Ojigho, director of Amnesty International Nigeria.

“The ongoing failure of security forces to take sufficient steps to protect villagers from these predictable attacks is utterly shameful,” he added.

Amnesty blamed state authorities and the federal government for failing to protect the population.

Armed groups loot and set fire to villages and frequently kidnap people for ransom, apparently with no ideological motive. Many experts have recently warned against associating the attackers with armed groups active in the region.

President Muhammadu Buhari was elected in 2015 on a campaign promise to eradicate the armed group Boko Haram, which has killed tens of thousands since it launched an armed in northeast Nigeria in 2009.

Amnesty said most villagers complained of receiving little or no help from security officials, despite informing them prior or calling for help during attacks.

“During the attack, our leaders called and informed the soldiers that the attackers are in the village, so the soldiers did not waste time and they came but when they came and saw the type of ammunitions the attackers had they left,” a witness to an attack in Unguwan Magaji in southern of Kaduna was quoted as saying by Amnesty.

“The following morning so many soldiers came with their Hilux pick-up trucks to see the dead bodies.”

“In their response to these attacks, the Nigerian authorities have displayed gross incompetence and a total disregard for people’s lives,” he said. “Arresting people who dare to ask for help is a further blow.”

The escalating violence has forced many farmers and their families from their homes while thousands could not cultivate their farms during the 2020 rainy season because of fear of attacks or abduction, according to Amnesty.

It said that in Katsina state, at least 33,130 people were living in displacement camps, while others have headed to urban areas to stay with relatives.