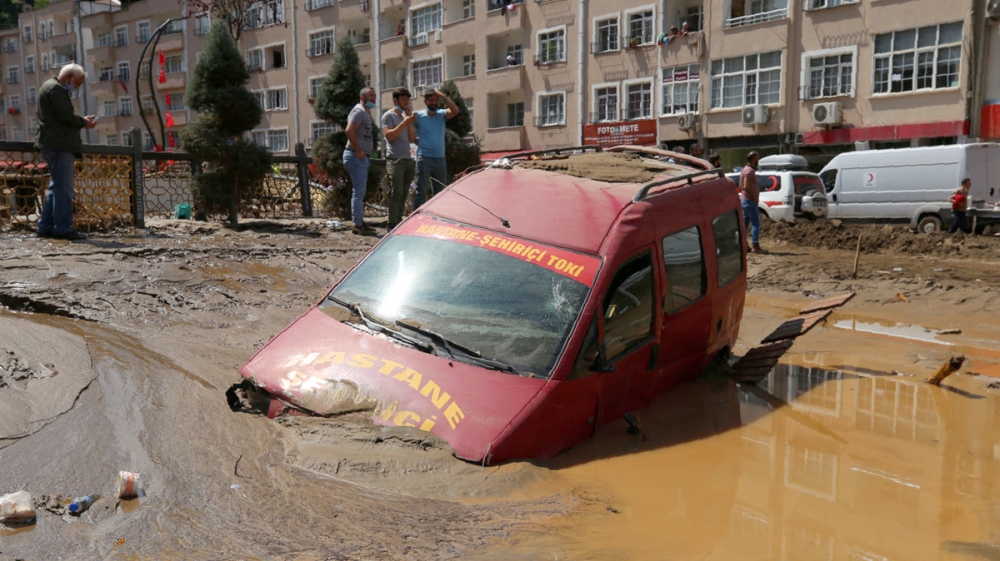 Flash floods in Turkey’s northern Black Sea region have killed six people and search-and-rescue efforts are continuing for 10 others who are missing.

Floodwaters caused by unusually heavy rainfall dragged debris and vehicles along a road, leaving them buried in mud, footage from the province of Giresun showed. Residents were seen clearing streets as construction machines lifted debris.

“In the initial reports we received, we had five dead and about 12 wounded as a result of heavy floods,” Erdogan said. “God willing, we will overcome the damage and destruction here rapidly.”

Turkey’s Humanitarian Relief Foundation (IHH) said it had sent a team for search-and-rescue operations and teams in other provinces were also on alert.

Interior Minister Suleyman Soylu said 153 people had so far been rescued and nearly 1,000 aid workers were searching for the missing people. He said power had been restored in some areas, but there was extensive damage to the infrastructure.

“We were not expecting such a severe scene in the area,” he told reporters in Giresun, along with Environment Minister Murat Kurum, who said 17 buildings had collapsed and 361 others were damaged.

Rainfall in Giresun had exceeded averages for the month of August by 1.5 times, but agricultural damage in the region was less than expected, said Agriculture and Forestry Minister Bekir Pakdemirli.