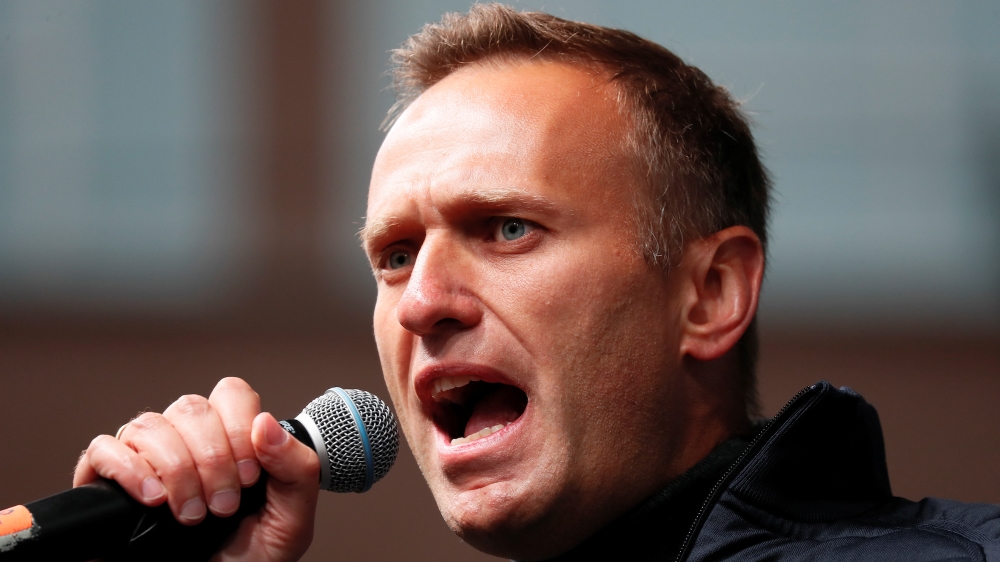 The Charite hospital said in a statement on Monday that the team of doctors who have been examining Navalny since he was admitted on Saturday have found the presence of “cholinesterase inhibitors” in his system.

They said at the moment the specific substance is not yet known.

The hospital said “the patient is in an intensive care unit and is still in an induced coma. His health is serious but there is currently no acute danger to his life”.

“In view of the prominent role of Mr Navalny in the political opposition in Russia, the authorities there are now urgently called upon to investigate this act down to the last detail – and in full transparency,” she said in a joint statement with Foreign Minister Heiko Maas.

Those responsible “must be identified and held accountable”.

The 44-year-old was brought to the German capital Berlin on Saturday from Siberia, where he fell ill on a flight with what Russian doctors have blamed on a metabolic disorder.

The Kremlin critic, Russia’s best-known opposition figure, was rushed into intensive care on Thursday after his plane made an emergency landing in the Siberian city of Omsk.

Aides have said they believed poison was administered to Navalny in a cup of tea, pointing the blame at President Vladimir Putin.

The Omsk regional health ministry said on Saturday that caffeine and alcohol were found in Navalny’s urine, but “no convulsive or synthetic poisons were detected”.

He also said Berlin police and federal agents were posted at the hospital.

“It was obvious that after his arrival, protective precautions had to be taken,” he said.

The making of a Hindu India | India