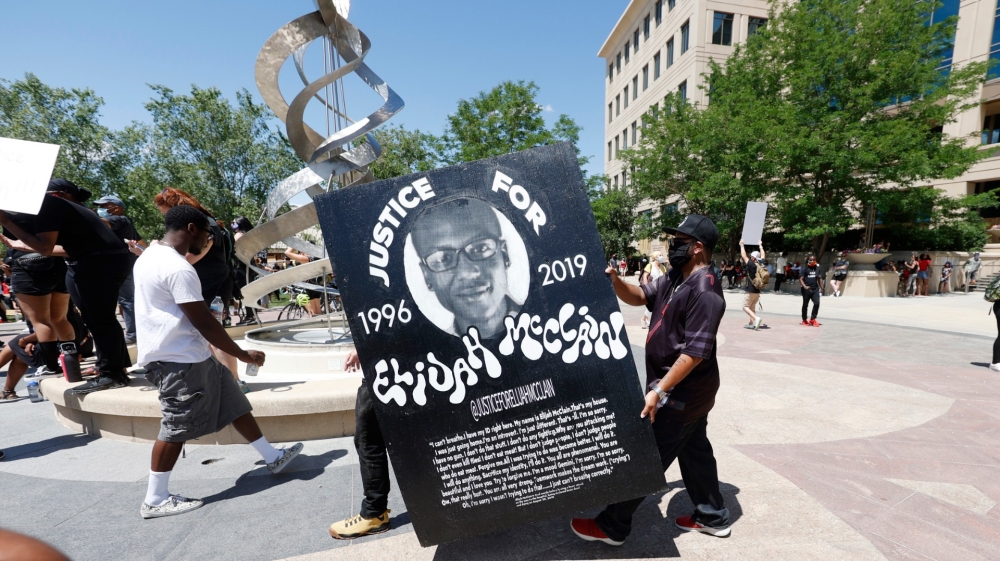 In the year since Elijah McClain died after being stopped by police in suburban Denver on his way home from a store, the number of people calling for justice to be done in his case has grown to millions of people around the world.

Like his family and activists who have been protesting over the Black man’s death from the beginning, they want the three officers charged with killing McClain.

Three Aurora officers, including one involved in the encounter with McClain, were fired and one resigned in July over photos that mocked the neck hold that was used on McClain on August 24, 2019.

However, the three officers who got into a violent struggle with McClain, a 23-year-old massage therapist, after he questioned why he was being stopped have not faced any discipline for their actions in the encounter itself.

Aurora activist Candice Bailey said action, not more dialogue, is what is needed.

“There’s nothing to talk about. We’re at an impasse in the conversation,” she said.

A district attorney said last year he could not pursue criminal charges because an autopsy did not determine how McClain died, but state Attorney General Phil Weiser is looking at whether criminal charges are warranted in the case.

Governor Jared Polis ordered him to look at the case in June after outrage about McClain’s death grew amid protests against racial injustice following the death of George Floyd in Minneapolis.

It is one of several investigations or reviews taking place related to McClain’s death, including a health department review of paramedics’ use of the sedative ketamine on him.

The Aurora Police Department also announced an independent review of its agency this month on the same day that the McClain family filed a civil rights lawsuit accusing the department of a pattern of racism and brutality.

McClain was stopped because someone had called 911 to report that he was wearing a ski mask and waving his hands and seemed “sketchy.” His family said he wore the mask because he had a blood condition that caused him to get cold easily.

Police body-camera video shows an officer getting out of his car, approaching McClain and saying, “Stop right there. Stop. Stop. … I have a right to stop you because you’re being suspicious.”

In the video, the officer turns around McClain and repeats, “Stop tensing up,” and says, “Relax, or I’m going to have to change this situation.”

Other officers join in to restrain McClain, who tells them that he had stopped his music to listen to them and asks them to let him go. 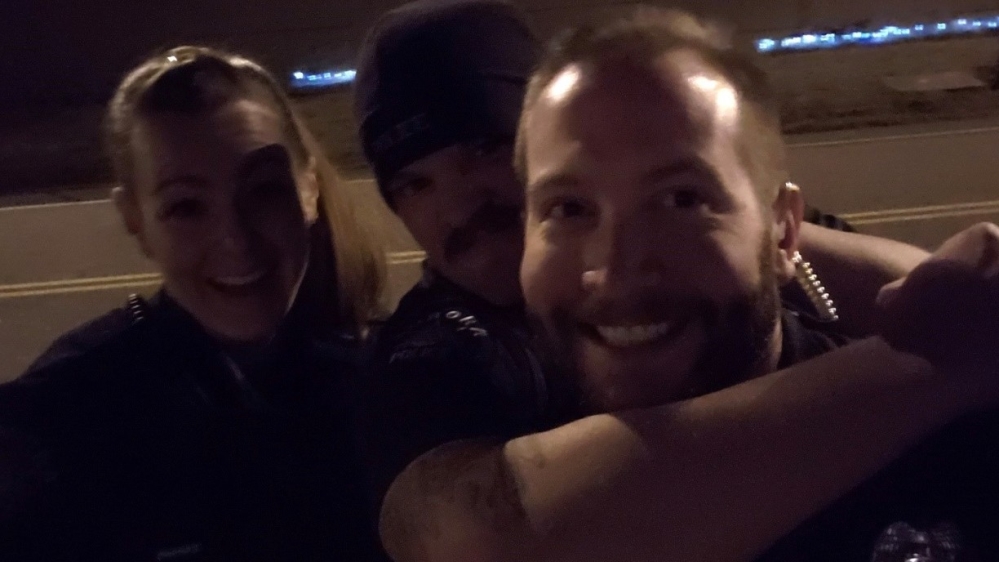 Three Aurora officers, including one involved in the encounter with McClain, were fired and one resigned in July over photos that mocked the neck hold that was used on McClain [Reuters]

The officers move McClain over the grass in front of an apartment building but what happens next is not clear from the video. Police have said one of the officers applied the neck hold.

All three of the officers’ body cameras eventually came off during the struggle but continued to record audio. An officer says McClain grabbed one of their guns. McClain can be heard trying to explain himself and sometimes crying out.

One officer eventually retrieves his camera, which shows McClain handcuffed and laying on his side as another officer leans on him. The leaning officer says, “Move your camera dude” but the camera doesn’t move and continues to show the scene.

McClain suffered two heart attacks on the way to a hospital and was taken off life support six days later.

The increased spotlight on the case recently has made it more difficult for McClain’s family to grieve his loss.

McClain’s mother, Sheneen McClain, initially had planned on Sunday to take the same route her son was taking to walk his “spirit home” but later cancelled the event, saying in a Facebook post that the event had gotten out of hand. 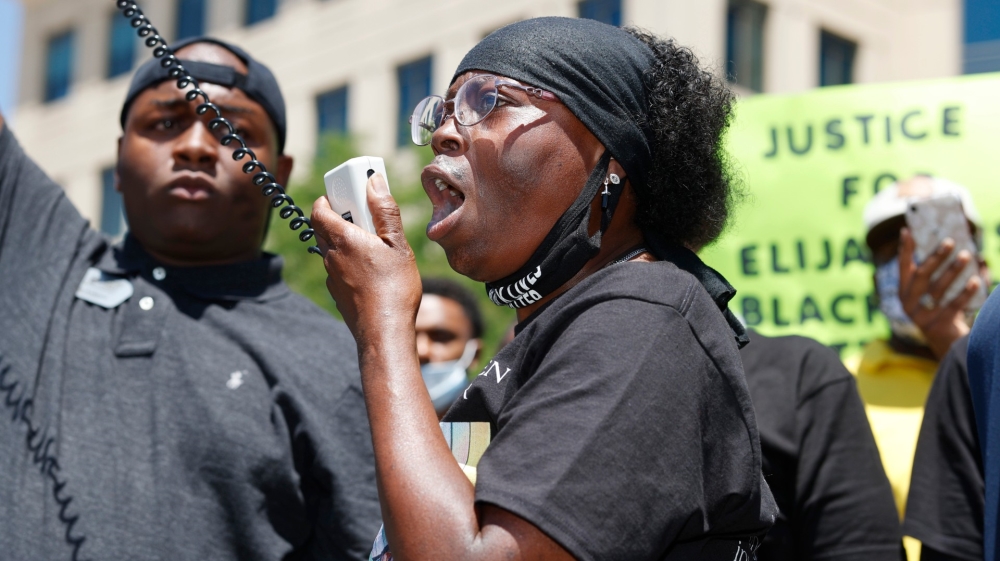 Sheneen McClain speaks during a rally and march about the death of her 23-year-old son, Elijah McClain, outside the police department in Aurora, Colorado [File: David Zalubowski/The Associated Press]

She was also upset that McClain’s pleading words to police have been invoked by those protesting his death. They have shown up on signs and at protests and were read in an Instagram video by Janelle Monae, Meagan Good, Jonathan Van Ness and others calling on Colorado officials to pursue charges against the officers.

“It’s not okay to repeat my son’s dying words because that’s all you can think to do. Think harder! that hurts me,” Sheneen McClain wrote. She has declined media interviews until the police officers are held accountable.

Mari Newman, the McClain family’s lawyer, said they welcome support from other people who are sharing the pain and outrage about McClain’s death but do not want to serve as a kind of “masters of ceremony” as they grieve.

“It’s just a very challenging time for them emotionally,” she said.