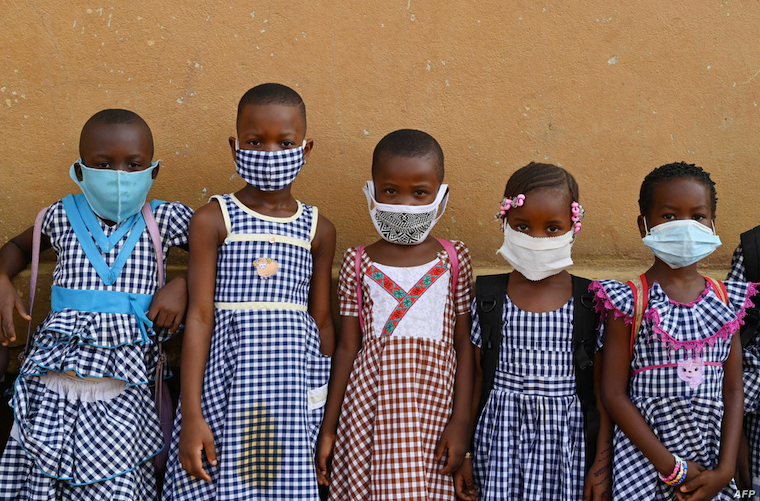 Children aged 12 and above should wear a face mask in the same situations an adult should, while children aged 6 to 11 should wear them as risks require, the World Health Organization (WHO) and Unicef said, to stem the spread of the coronavirus.

Older children could play more of a role in virus transmission than younger children, the two organizations said, adding that more information is needed to help understand how children of all ages may help spread the virus, which causes COVID-19.

The situations in which older children should wear a face mask include when a distance of 1 meter from others cannot be guaranteed and when there is widespread transmission in the community, the WHO and Unicef said in a document dated August 21.

For younger children, parents should consider their children’s access to a mask and ability to use it, the intensity of transmission in the area, and adequate adult supervision, the two organizations said.

Children younger than 5 should not be required to wear masks, the WHO and Unicef said. The coronavirus death toll topped 800,000 Saturday, according to Johns Hopkins University, which also reported more than 23 million cases worldwide.

Health officials in the US believe the number of infections in America may be 10 times greater than reported because of a lack of testing and reporting.

The grim news comes as an analysis by The Associated Press and The Marshall Project, a nonprofit news organization covering the criminal justice system, found that while people of colour make up just less than 40 per cent of the US population, they accounted for about 52 percent of all the “excess deaths,” those above normal through July.

The report defined excess deaths as the number of people above the typical number of those who die in the United States during the first seven months of the year, based on figures from the Centers for Disease Control and Prevention.

WHO emergencies chief Mike Ryan said Friday the scale of the pandemic in Mexico is “under-recognized” and that testing there is limited.

Mexico is nearing 60,000 deaths and 550,000 cases of the virus, according to Johns Hopkins. South Korea is imposing a nationwide ban on large gatherings, closing churches, nightclubs and beaches. In addition, fans will not be allowed at professional sports events.

The Korea Centers for Disease Control and Prevention recorded 332 new cases Saturday. The country has more than 17,000 coronavirus infections and more than 300 deaths.