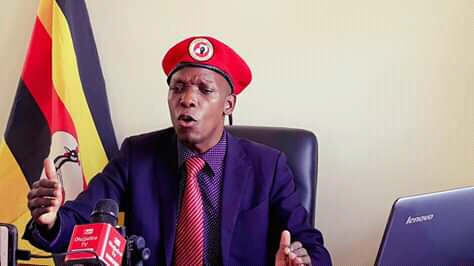 City lawyer Muwada Nkunyingi, a member of the National Unity Platform party (NUP) has petitioned the Electoral Commission (EC), seeking to be given access to the academic papers which President Yoweri Museveni presented during the 2016 general elections.

In his petition dated August 24th, says as a Ugandan and a registered voter, he has a right to information on all people running for president.

“Section 4(3) (c) of the Parliamentary Elections Act, 2005 provides that ‘a person is qualified to be a Member of Parliament if that person has completed a minimum formal education of Advanced level standard or its equivalent,” reads part of the petition adds.

Quoting Article 41 of the 1995 Constitution and Section 5 of The Access to Information Act, 2012, Nkunyingi requested EC to avail him with the academic documents that were presented to them by the president during the 2016 nominations.

“Pursuant to the Access to Information Act, I there for want EC to avail me with documents that candidate Yoweri Kaguta Museveni presented in 2016 upon which I will base on to make an informed decision on the next course,” the petition adds.

Nkunyingi attached a copy of a payslip of legal fees amounting to Shs 20,000 from Diamond Trust Bank that is required by EC before academic documents are availed to anyone seeking for them.