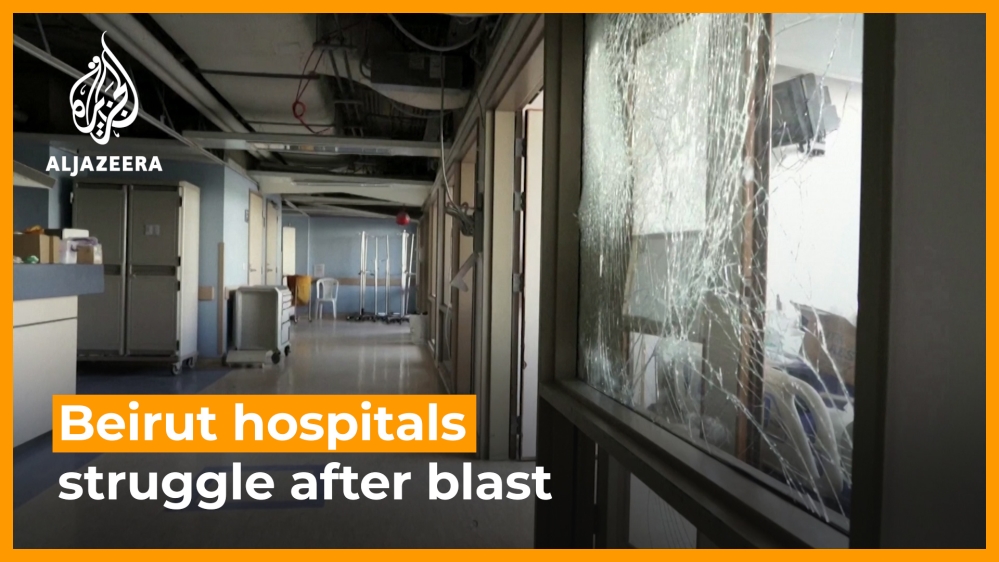 7-year-old Yuri was receiving chemotherapy on the 9th floor of the maternity unit of Saint George Hospital in Beirut when the shockwave from the port explosion on August 4 hit.

His father had been recording the initial fire on his phone when the massive blast happened.

“Yuri still had his tubes stuck in him, and his entire cycle was still running,” says his father, Omar Abou-Mrad. “At that point, the very next thing I wanted to do was just to put some shoes on, because there’s debris everywhere, there’s glass everywhere. I could feel them in my feet. I was looking at Yuri’s feet and he was barefoot as well, and he was standing on glass.”

There were several children here with their families at the time of the explosion.

“Unfortunately one of the parents died,” says Dr Peter Noun, head of paediatric oncology. “Two parents are in a very critical case in the ICU, and all this was seen by the patients. You can imagine how tough it is for the patients. They have cancer, they are afraid from the explosion and from the noise, and they see their parents are dying or in a very critical case.”

Dr Noun has 110 child cancer patients. With his unit damaged, he has been trying to find space for them in other facilities.

Lebanon’s hospitals were in a crisis before the explosion.

An economic collapse and the shortage of dollars has left them without cash to buy foreign medicines and pay staff.

“To this day, it’s been very difficult,” says Yuri’s father Omar. “We try to hold it together in front of our kids, but even they come and speak to us about it. It’s everywhere, everybody’s talking about it. It’s on TV, it’s everywhere. So as much as we can try to shield them from this horrible nightmare that happened, we still get our own time where we are very very… it’s very painful.”

Yuri got a spot in another hospital and is near the end of his treatment.

His prognosis is good and the cuts on his head from the explosion will soon heal.

This report was produced and edited by Al Jazeera NewsFeed’s Hassan Ghani.