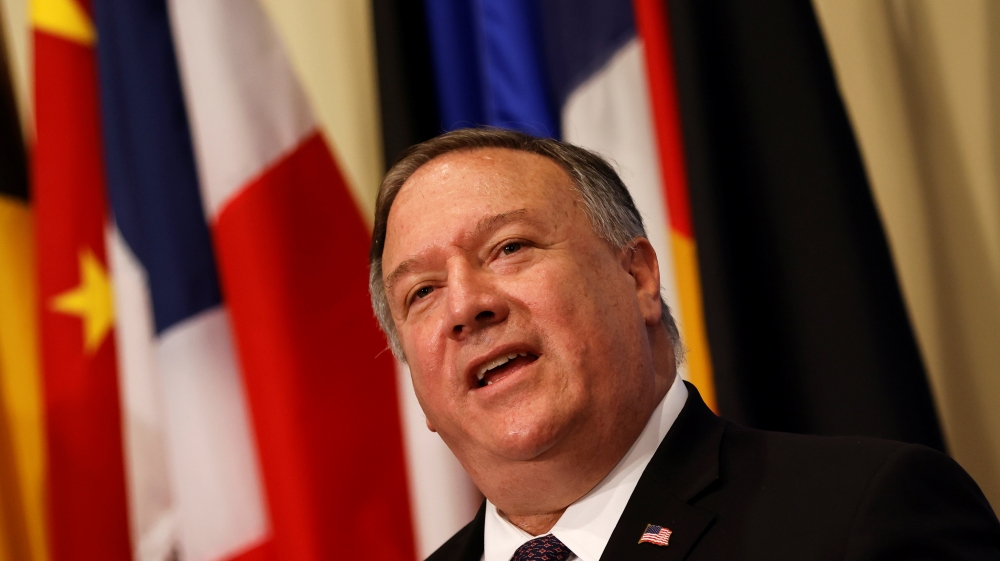 US Secretary of State Mike Pompeo is due in Jerusalem on Monday to start a regional tour expected to focus on Israel’s normalisation of ties with the United Arab Emirates (UAE) and pushing other Arab states to follow suit.

After meeting Israeli Prime Minister Benjamin Netanyahu, Pompeo is set to later in the week visit senior figures in Sudan, Bahrain and the UAE, the US State Department said in a statement on Sunday.

He will be followed to many of these destinations by Jared Kushner, President Donald Trump’s senior adviser and son-in-law, according to reports citing diplomats. Officials said stops in Oman and Qatar are also possible.

The US-sponsored deal between Israel and the UAE that was announced on August 13 was denounced by the Palestinians as a “betrayal” of their cause. It was only the third such accord Israel has struck with an Arab country, after Egypt and Jordan.

The two new partners have since said they want to promote trade, especially the sale of Emirati oil to Israel and Israeli technology to the UAE, as well as boosting tourism by establishing direct air links.

Key to that plan would be persuading Saudi Arabia to open its airspace to Israeli commercial airlines.

During his visit to Israel, Pompeo will also “discuss regional security issues related to Iran’s malicious influence [and] establishing and deepening Israel’s relationships in the region”, the State Department said in the statement.

The surprise announcement of the Israel-Emirati pact sparked huge speculation on who might be next, with frequent mentions of Bahrain and Sudan.

Sudan’s foreign ministry spokesman was fired last week after he made allegedly unauthorised comments indicating contact had been made with Israel regarding normalising ties.

But the State Department said Pompeo would meet Sudanese Prime Minister Abdalla Hamdok during his tour to “express support for deepening the Sudan-Israel relationship”.

Saudi Arabia, in keeping with decades of policy by the majority of Arab states, has said it will not follow the UAE’s example until Israel has signed a peace deal with the Palestinians.