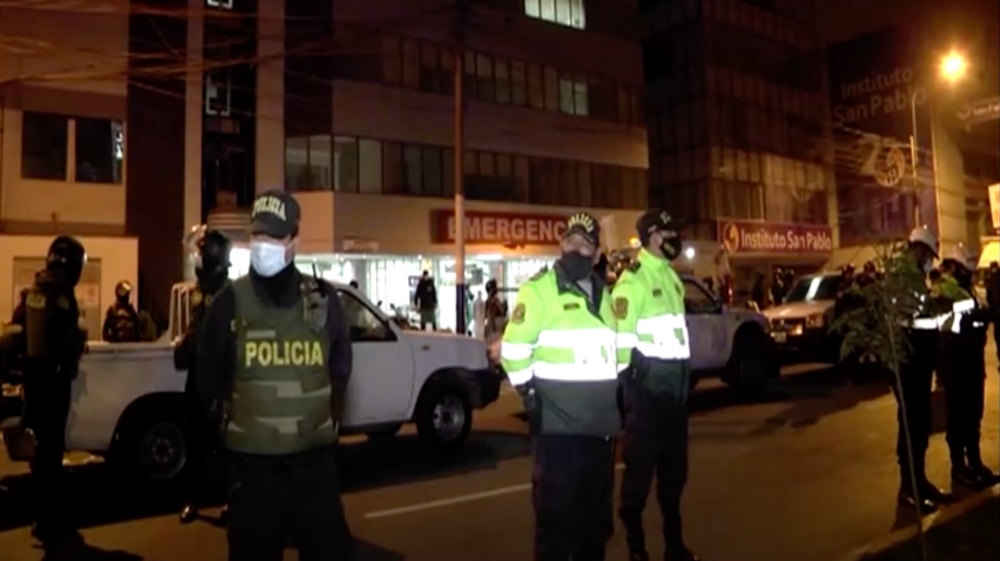 Thirteen people have been killed in a stampede at a nightclub in Peru’s capital, Lima, after a police raid to enforce the country’s coronavirus lockdown measures, according to officials.

At least six others were injured, including three police officers, as about 120 people tried to escape the Thomas Restobar club on Saturday night shortly after police arrived to break up a party on its second floor, national police and government officials said.

Local media reported that the victims were in their 20s.

Neighbours had alerted police about the raucous event at the club in Lima’s Los Olivos district.

“In these circumstances when people begin to fight to get out, it’s tumultuous, everyone goes against each other,” Orlando Velasco, of the national police, told local radio station RPP.

An interior ministry statement said the partygoers, fleeing all at once, tried to squeeze through the only entrance door and became trapped between the door and a staircase leading to the street.

“Faced with the police operation, which did not use any type of weapon or tear gas, those attending the party tried to escape through the single exit, trampling each other and getting trapped in the stairway,” the ministry said.

Police arrested at least 23 people at the scene, the ministry said.

‘It should never have happened’

However, some who were at the party and others living near the nightclub disputed the ministry’s version of events, according to reports.

“It appears that police entered and threw tear gas canisters at them, and boxed them in,” one resident told RPP radio.

Women’s Minister Rosario Sasieta said she was outraged, aiming her ire at the club’s owner.

“It should never have happened. We are in a pandemic, in a health emergency. I am calling for the maximum punishment possible for the nightclub owners,” she told RPP.

Nightclubs have been banned from operating in the country since March because of the pandemic.

However, in recent weeks, the daily reported number of virus infections has doubled to more than 9,000, prompting new restrictions to be put in place.

Those include a ban on family gatherings and a Sunday curfew.

To date, Peru has reported about 27,500 coronavirus-related deaths amid 576,000 cases, the second-highest case count in Latin America after Brazil.