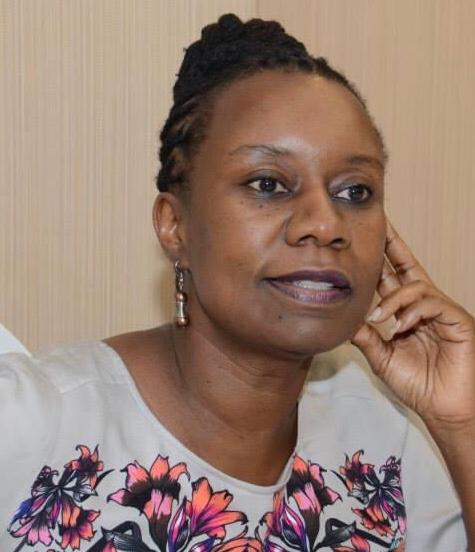 On August 19, 2020, retired Colonel Dr Kizza Besigye announced that he will not be running for president in the forthcoming elections slated for February 2020. His, were extremely erudite and cogent reflections on the futility of seeking political change through the ballot box.

Such is the captured nature of the State electoral process and infrastructure by a highly militarized elite that has been entrenched by the 34 year hold on power by the National Resistance Movement (NRM) government led by President Museveni.

Many pundits have long expressed serious doubt as to the efficacy of the electoral process in Uganda to deliver free and fair elections. In response to his declaration, some FDC stalwarts are rumoured to be urging the formidable politician and global development icon Ms Winnie Byanyima to stand on the FDC ticket.

At the last count, there were over 20 candidates intending to vie for the presidency in February 2021.This, at a time when almost all agree that the odds are weighed very unfavourably against them having been manipulated by Museveni, appears odd and contradictory.

NUP led by Mr. Robert Kyagulanyi through the People Party movement mobilized large numbers of disenfranchised and economically excluded young people throughout the country. However, a dangerous narrative is ominously percolating around NUP, painting it as a ‘Buganda party’ – the subtext being that non-Baganda should be afraid.

ANT’s leader Major General Mugisha Muntu, who left FDC to work on his plans to build a solid political party with local and national structures, policies and a post-Museveni development agenda, commands respect across the spectrum.

And whilst many agree that this is necessary and believe his sincerity, few believe that this is enough to dent, much less shift the NRM stranglehold on power.

The DP led by Mr Norbert Mao, and UPC led by Mr Jimmy Akena appear to be floundering under the weight of internal contestation and infighting. Each of these leaders seeking presidential office on their own party ticket is weak. They weaken themselves in ways that leave many of us asking, “What is the end game for this band of (un) merry of these men?”  ‘Kigweera wa’?

What the COVID-19 pandemic has shown us, is that if we are to survive, we cannot conduct business as usual.

Government, through grand corruption, incompetence, and dogged pursuit of the deeply erroneous market led to growth strategies touted by the Bretton Woods institutions have left this country vulnerable, saddled with odious debt and barely any prospects to withstand the economic and social pressures that have befallen us.

Even food, in this green and lush Uganda, the Uganda that with an ounce of seriousness could be the bread basket of the region; even food, we are now borrowing more than ever to import. Even food after 34 years of NRM, is a problem. Those shocking tone deaf lectures on stretching rationed posho during lockdown are nothing compared to what’s to come.

The moment calls for a different politics and a different vision. NRM will not do it. It simply does not have the capacity nor the willingness to do it. It has become comfortable where it is, as it is, frothing its mightiness and dominion over the republic.

It’s spewing off in the deluded belief that it actually owns the country! That the country is a personal ATM. This is the where NRM has pitched its tent. It will not move. NRM belongs to the past. It is not about a post COVID future.

One wonders if the opposition can shape a different future.

For example,  Dr Kizza Besigye, with your stepping back from the elections fray, can you take on a role that shapes our future? For example, in the short term, are you able to endorse one of the opposition candidates and mobilise others to join hands across the party divides?

Are they able to coalesce on a clear agenda for the future of this country? Economically, socially, politically what can we expect that is different from the status quo? What is the end game?

This is not about winning dodgy scientific elections next year—whose outcome one can, with certainty predict, has already been fixed. It is about seeking a much larger pursuit – about rebuilding Uganda as a country in which we all have a space, and in which we all matter.

It is not an easy ask. But the moment is not an easy one either. NRM, we know that only do they not care, but they take us for granted.  But can the opposition show some coherence and seriousness not just about dislodging the incumbent, but display the mettle to govern if or when they assume power?

There is too much for the country to lose with business as usual in our politics.