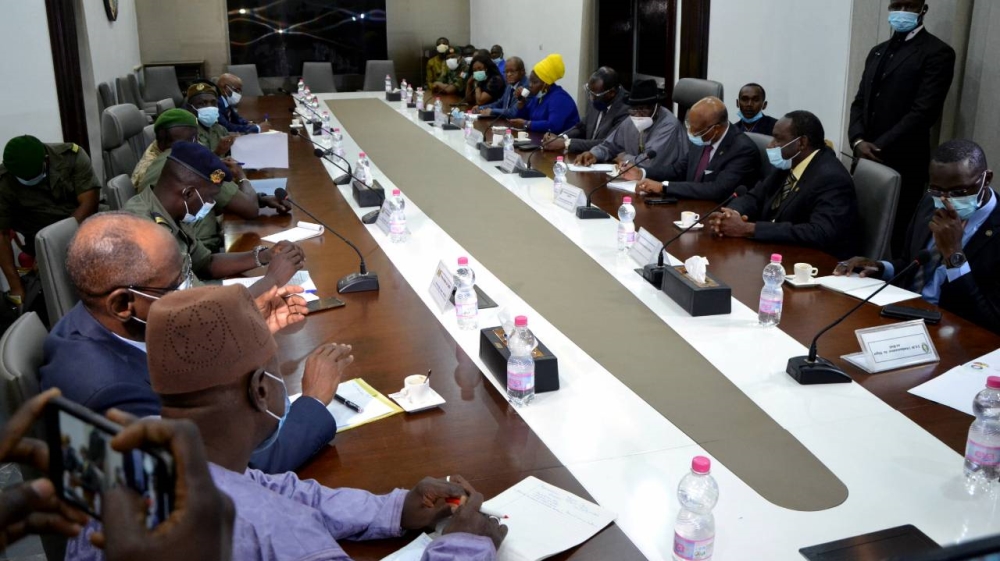 It was not clear if the schedule had been changed or talks were cut short.

Tuesday’s overthrow of Mali President Ibrahim Boubacar Keita has been condemned abroad, but celebrated by many in a country battling an armed uprising and months of political unrest.

A delegation from the 15-nation  earlier arrived in the capital, Bamako, for talks aimed at reversing the overthrow of Keita.

The bloc has taken a hard line on the coup, shutting borders and halting financial flows – a move diplomats said was as much about warning opponents at home as stabilising Mali.

Before a series of meetings with the mutineers and other groups, the head of the delegation, Nigeria’s former President Goodluck Jonathan, sounded optimistic.

“I believe at the end of the day we will come up with something that is best for the people and is good for ECOWAS and the international community,” he told journalists.

The most-anticipated meeting was held in the defence ministry, where ECOWAS mediators in face masks sat at a long table opposite military government leader Assimi Goita, who wore a desert camouflage uniform and was flanked by other military officers in berets and fatigues.

ECOWAS and the coup leaders, who call themselves the National Committee for the Salvation of the People (CNSP), have yet to comment on the discussions.

The coup leaders have controlled Mali since Tuesday, when the mutineers detained President Keita at gunpoint and forced him to resign [Mamadou Keita/Reuters]

Al Jazeera’s Ahmed Idris, reporting from neighbouring Nigeria, said that ECOWAS is looking to resolve the impasse as soon as possible, to prevent outside forces from plunging the country into total crisis that could be exploited by armed fighters.

The CNSP has controlled the country since Tuesday, when the mutineers detained Keita at gunpoint and forced him to resign. They have promised to oversee a transition to elections within a “reasonable” amount of time.

The overthrow of Keita, known as IBK, has been welcomed by many in Mali, which was rocked by months of protests calling for his resignation for alleged corruption and worsening security in areas where affiliates of al Qaeda and ISIL are active.

Reinstating Keita ‘out of the question’

The presidents of Ivory Coast and Guinea are among those pushing for the tough ECOWAS response, one diplomat said, as both have faced violent public protests to their third-term bids and want the bloc to show it will not allow power grabs in its own back yard.

“They cannot tolerate this taking place. They are taking it very personally. It is on their doorstep and they think they are next,” a second regional diplomat said.

After three days of post-coup calm in the capital Bamako, police used tear gas earlier on Saturday when a scuffle broke out between a group of 50 pro-Keita protesters and local residents who threw stones, a witness told Reuters News Agency.

“Reinstating IBK is out of the question. The only thing they (the delegation) can achieve is the transition. Under the rules of ECOWAS, ECOWAS should midwife the transition,” one of the diplomats said, referring to the outcome of the delegation’s visit.

On Friday, thousands of the coup’s supporters gathered in a central square in Bamako to celebrate the takeover. There is no outward sign ECOWAS’s suspension of financial relations is yet being felt.