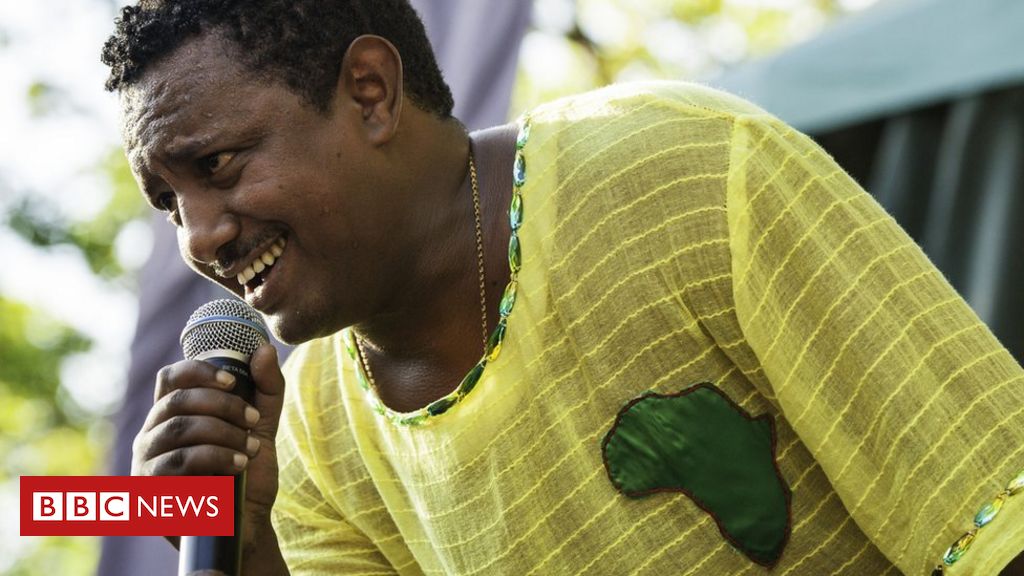 Pop stars in Ethiopia have been belting out tunes marking a victory in what is seen as a battle with Egypt over who has rights to the waters of the River Nile.

In June, Ethiopia began filing the mega dam it has been built on the Blue Nile – which could have repercussions for countries downstream.

After this year’s rainy season, the Grand Ethiopian Renaissance Dam (Gerd) now has 4.9 billion cubic metres (bcm) in its reservoir, which is enough to test the first two turbines.

Satellite pictures from July showed the dam filling up:

A large reservoir is beginning to form behind the dam 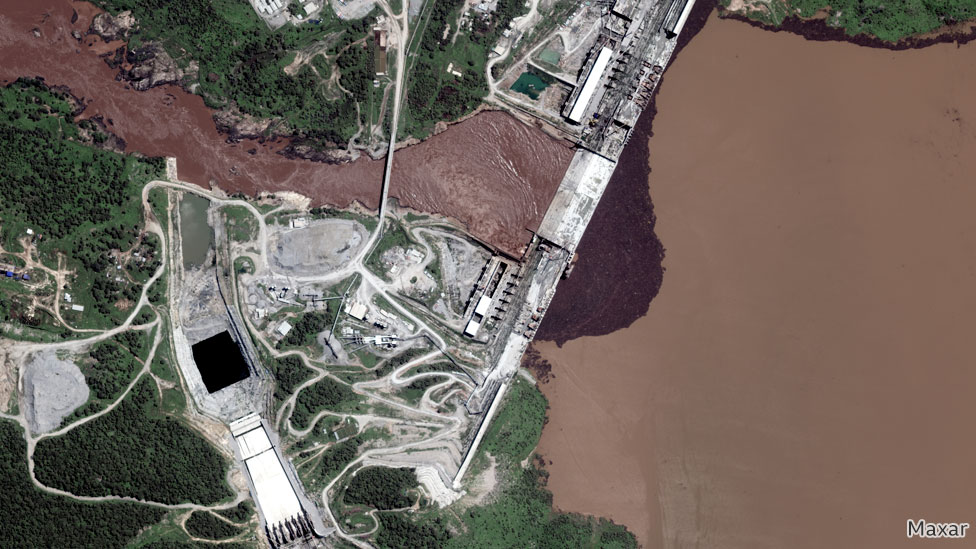 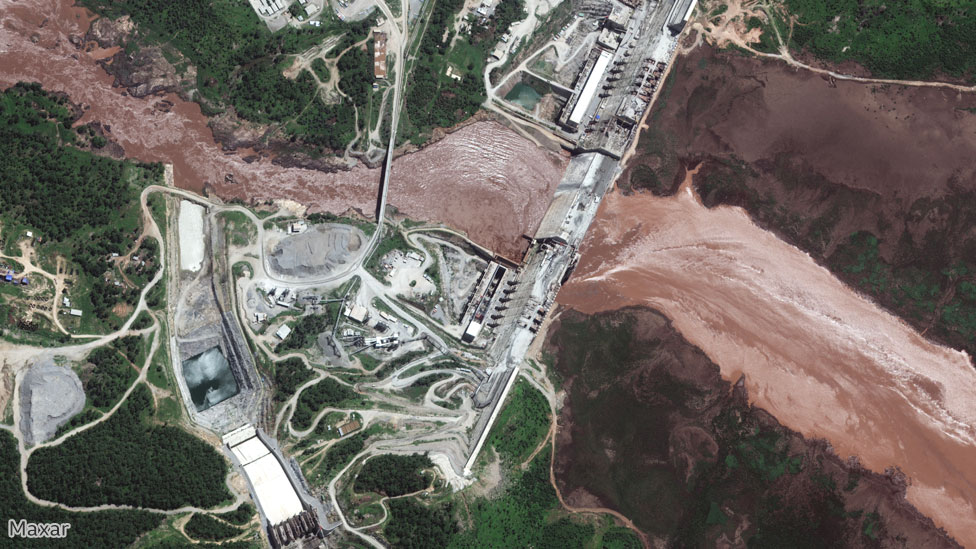 Ethiopians have been celebrating online using the hashtag #itsmydam. This has not helped smooth tensions as talks resume between Ethiopia, Egypt and Sudan about how the dam is to be operated and how much water will be released in future.

Since construction began on the dam nearly a decade ago, negotiations have floundered.

Ethiopia’s biggest pop star Teddy Afro has released a song seen as a warning to Egypt that it should learn to share the waters of the River Nile.

Called Demo Le Abbay, meaning “If They Test Us on the Nile” in Amharic, it criticises “Egypt’s shamelessness” – implying that the North African nation can no longer call the tune.

Egypt, which gets 90% of its fresh water from the Nile, has expressed its concerns that the dam could threaten its very existence.

It wants a deal to endorse what it sees as its established rights to 55bcm of water from the Nile a year, but Ethiopia has refused to commit to releasing a specific annual amount from the dam.

More about the mega dam:

Many Ethiopians see Cairo’s position as an attempt to maintain colonial-era agreements, to which Ethiopia was not party, and prevent it from using its own natural resources.

Teddy Afro’s song is a fusion of reggae and a traditional battle song in Amharic, Ethiopia’s most widely spoken language.

But he clearly wants his message to get across to the wider world as he has posted translations of the lyrics in English, French and Arabic on his Facebook page.

Some of them include: “I own the Abbay [Nile] waters” and “I showed graciousness but now patience is running out”.

‘The world can see us’

A less confrontational song, simply called Ethiopia, is by Zerubabbel Molla, a young and upcoming singer-songwriter.

While the dam is not directly referenced in his lyrics, images of its construction are included in the video version of the song released at the end of June.

It is upbeat and has lines such as: “The sky is clear now, so that the whole world can see”, suggesting how the dam will push Ethiopia on to the global stage.

Another, suggesting Ethiopia’s time has come, says: “The horse can only bring you to the battlefield. Victory is from above.”

These allude to what Ethiopia hopes to achieve once the mega dam is fully operational, becoming Africa’s biggest hydroelectric plant

It aims to generate 6,000 megawatts of electricity upon completion, providing power to tens of millions of its citizens who are without regular electric connections.

Ethiopia also hopes to meet the electric demands of its economy – one of the fast-growing on the continent.

In several other recently released singles, a sense of accomplishment is an overriding sentiment.

For instance Mekdes Abebe and Tadesse Mekete’s Abay – Ye Titbit Qal, meaning “Nile – Word of Prophesy” in Amharic, declares that “a new day has begun” and calls for people to put their hands in their pockets to help finish the construction of the dam.

Many of these songs are now favourites with radio stations in the capital, Addis Ababa – getting regular airtime.

And Teddy Afro’s song has really created a buzz on social media with close to a million views on YouTube within 24 hours of its release, despite it not having an official video.

Explore the Nile with 360 video 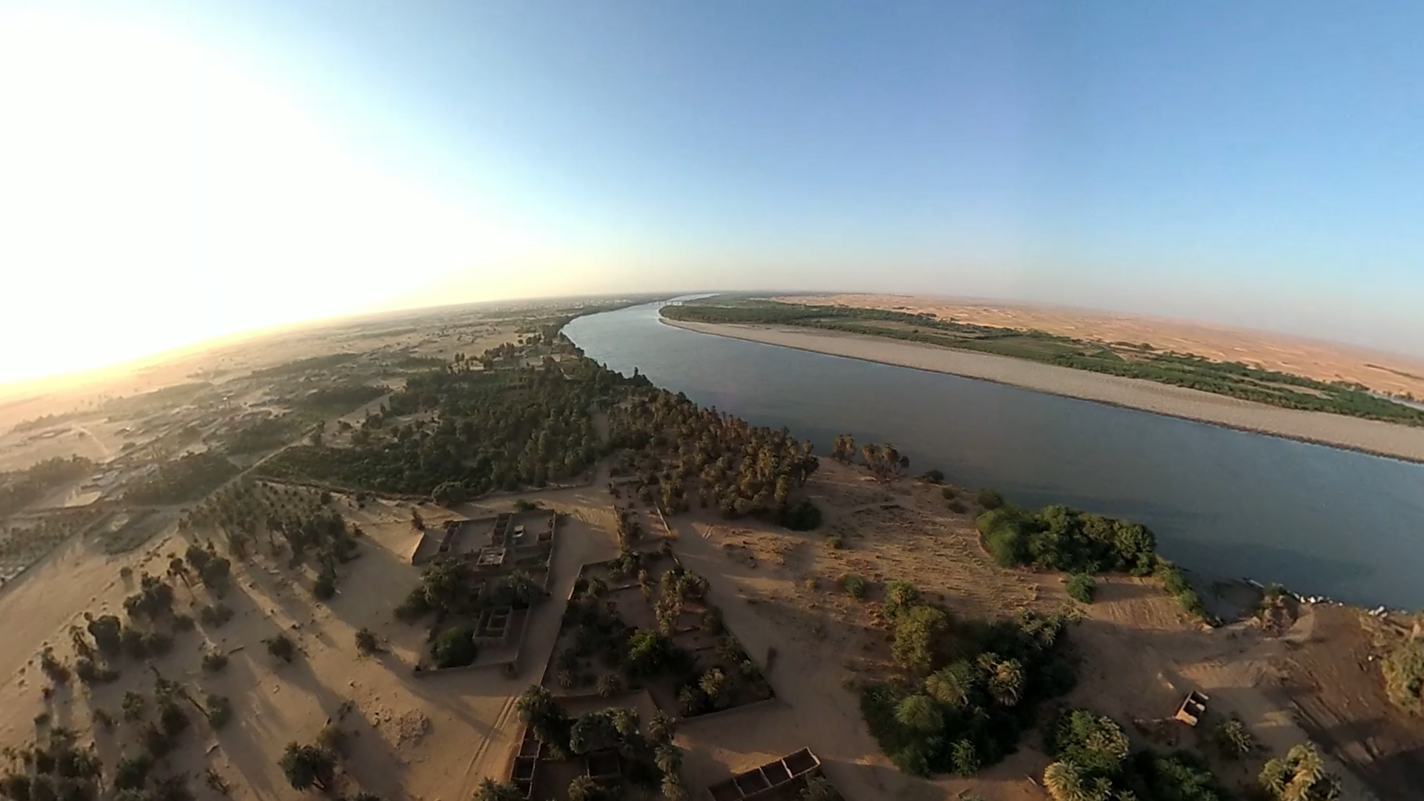 Media playback is unsupported on your device

Alastair Leithead and his team travelled in 2018 from the Blue Nile’s source to the sea – through Ethiopia and Sudan into Egypt.

This excitement does seem to have encouraged the public to increase their financial support for the dam’s construction.

According to the government, in less than a month after the filling of the reservoir began, more than 116m birr ($3.2m; £2.4m) was collected from the public – far more than in previous months.

Ethiopia is financing the construction of the $4bn dam through donations and government bonds.

While the government is no doubt happy with these musicians contributing to the national fervour, they are not normally known for their pro-government views.

Musicians have previously helped drum up support for the project – especially in the initial stages.

With Ethiopia aiming to make the dam fully operational in the next three years and with the negotiations grinding on, you can expect more compositions to hit the airwaves extolling Ethiopian pride in its mega dam and looking forward to the country’s renaissance.