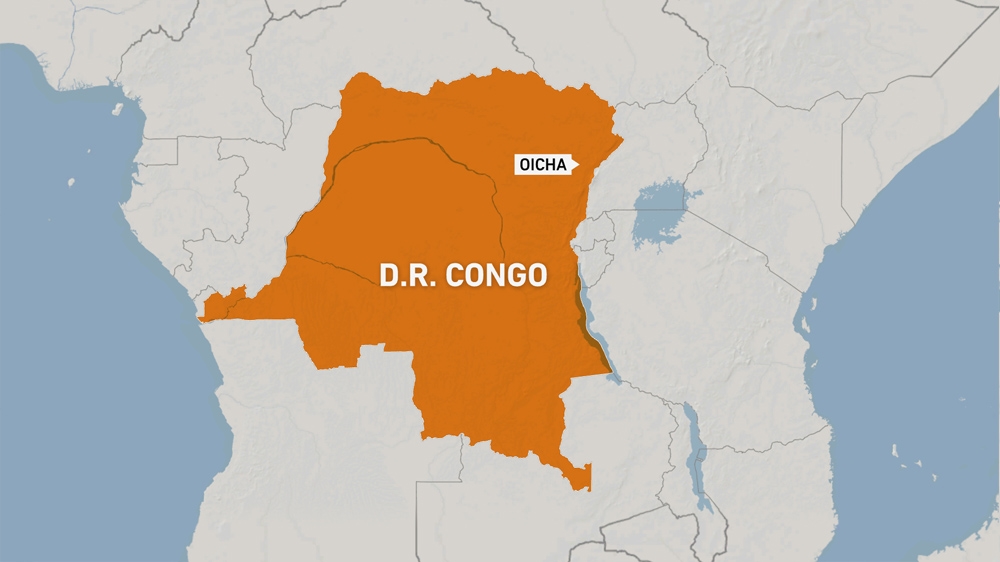 Suspected fighters of a notorious armed group in eastern Democratic Republic of the Congo (DRC) have killed 13 people during raids on two villages, according to local officials and the army.

The Allied Democratic Forces (ADF) armed group, which was formed in 1986 by fighters based in neighbouring western Uganda, has long been active along the border and, in recent years, has been blamed for a wave of killings in the region.

During the past 18 months, intensified ADF attacks have killed at least 800 civilians, according to the United Nations, which says the assaults may amount to crimes against humanity.

In the latest suspected attack, the rebels tied up the victims in the villages of Kinziki-Matiba and Wikeno, 10km (six miles) east of the city of Oicha, before killing them in the attack on Friday afternoon, according to Chui Mukalangirwa, a local village chief.

“We beg the authorities to put an end to this bloodbath,” he was quoted as saying by Reuters News Agency  on Saturday

The army helped civilians bury the bodies and is looking at deploying more units in the area, spokesman Antony Mwalishayi told Reuters.

Local administrator Donat Kibwana told the AFP news agency the ADF fighters attacked the villagers as they worked in the fields in the Beni region.

Philippe Bonane, head of a civil society group in Oicha, said three women lost their lives in the attack, while another four were missing.

The ADF is one of the multiple armed groups operating in eastern DRC, a legacy of the two Congo wars in the 1990s and 2000s that pulled in neighbouring Uganda and Rwanda.

In 2019, the DRC’s army launched a campaign against the group that led to an “intensification of deadly attacks” by the ADF, a UN report said last month.

Several attacks attributed to the ADF have also been claimed by the ISIL (ISIS) group, although researchers and analysts said there is a lack of hard evidence linking the two groups.

The insecurity has forced hundreds of thousands to flee their homes.

Related Topics:AfricaDemocratic Republic of the Congo
Up Next

Who is poisoning Russian dissidents and why? | Russia