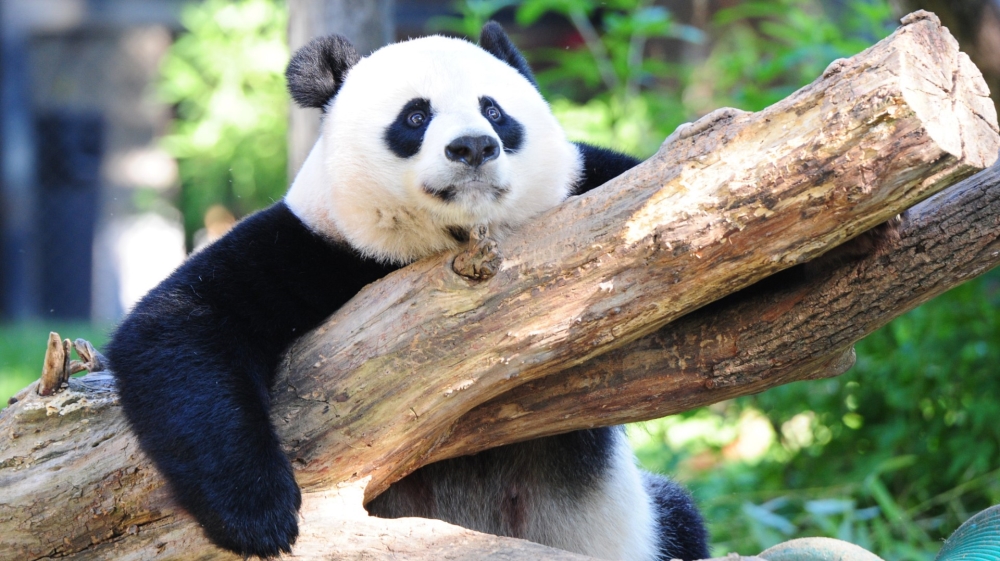 Giant panda Mei Xiang gave birth to a healthy cub on Friday, according to staff at Smithsonian’s National Zoo in Washington, DC. She immediately began nursing and cuddling the tiny new arrival.

“We’re overjoyed to share that Mei Xiang gave birth at 6:35 pm and is caring for her newborn attentively,” the zoo said in a statement on Instagram, adding that mom and cub “appear to be doing well”.

The event came after scientists last week detected fetal tissue. On Monday, the zoo posted an ultrasound confirming that Mei Xiang, who had been artificially inseminated in March, was indeed pregnant.

The news of the birth attracted so many people to the zoo’s online live panda cam that the website briefly crashed, according to media reports.

“Giant pandas are an international symbol of endangered wildlife and hope, and with the birth of this precious cub we are thrilled to offer the world a much-needed moment of pure joy,” Steve Monfort, the John and Adrienne Mars Director of the Smithsonian’s National Zoo and Conservation Biology Institute, told the Associated Press news agency.

🐼🐾 Keep your paws crossed! Today, Zoo veterinarians saw exciting movements during giant panda Mei Xiang’s ultrasound. Her fetus was kicking swimming in the amniotic fluid, and its spine blood flow were visible. We hope to have a healthy cub in the coming days! #PandaStory pic.twitter.com/kcTcHGvonI

Monfort said Mei Xiang’s age – 22 – made her chances of giving birth to a cub slim.

“However, we wanted to give her one more opportunity to contribute to her species’ survival,” he said.

She is the oldest giant panda to successfully give birth in the United States. The oldest in the world gave birth in China at age 23.

Mei Xiang gave birth in a small den, where she created a nest out of branches. Although the place looks tiny for a big panda, the zoo said giant pandas in the wild give birth in small dens.

“They stay in these dens for about the cub’s first 100 days,” the zoo said on Instagram.

Newborn giant pandas are about the size of a stick of butter. Males grow to up to 160kg, while females grow to about 125kg.

Mei Xiang has previously birthed three other surviving cubs, who have all returned to China under an agreement between Beijing and Washington. China owns and leases all giant pandas in US zoos.

🐼 Giant panda Mei Xiang has become increasingly restless and began body licking—both signs that labor has probably started! Our giant panda team is closely monitoring her via the Panda Cam for a cub’s arrival. Watch with us! 👀🎥 TUNE IN: https://t.co/99lBTV2w92. #PandaStory

Her last cub, Bei Bei, left for China in November last year as part of a breeding programme that is key to efforts to reintroduce pandas into the wild.

Pandas have been reclassified from “endangered” to “vulnerable” by the International Union for Conservation of Nature, thanks to reforestation to expand habitats in which the species can survive. There are an estimated 1,800 giant pandas in the wild.

The most recent cub, and the three previous surviving cubs, were all fathered by a male named Tian Tian, who was brought to Washington with Mei Xiang in 2000.

Due to the COVID-19 pandemic, the zoo’s experts have taken special precautions to reduce person-to-person contact during the insemination, pregnancy and birth.