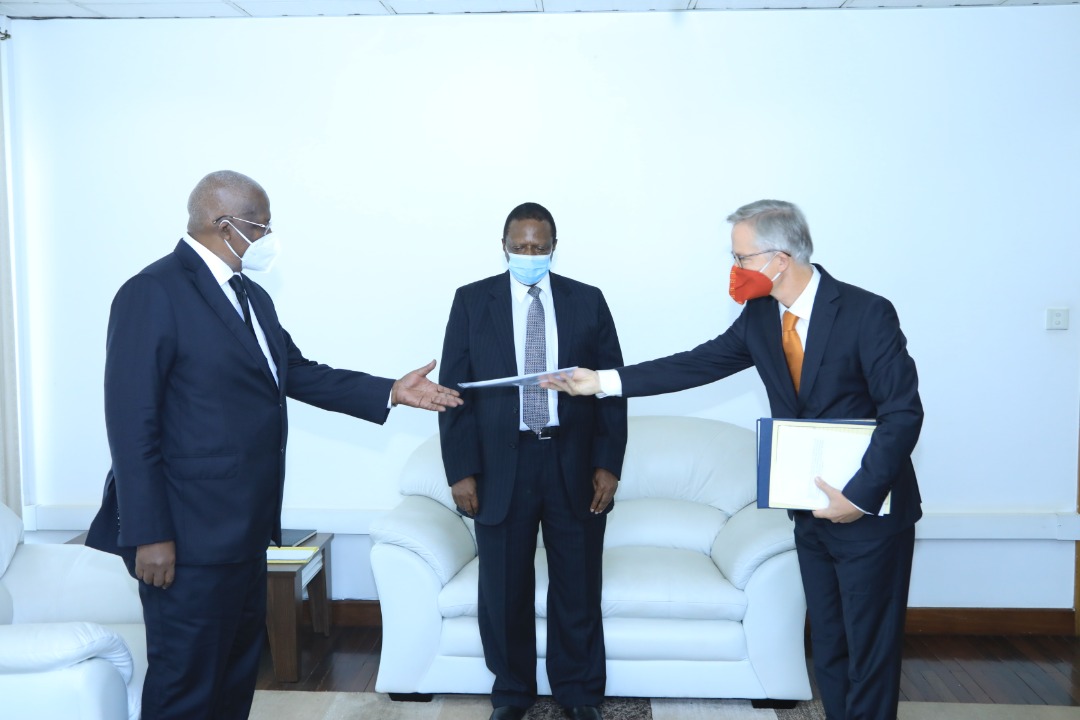 The Minister of Foreign Affairs Sam Kutesa, yesterday August 21, received copies of credentials of the Ambassador designate of the Federal Republic of Germany to Uganda, Mr. Matthias Friedrich Gottlob Schauer at the Ministry Headquarters.

Kutesa congratulated Schauer upon his appointment and hailed the excellent bilateral relations between Uganda and Germany.

He further noted that this appointment would strengthen bilateral cooperation, promote trade and investment between both countries.

“I thank the Federal Republic of Germany for the support extended to Uganda in the Water, Energy and Governance sectors,” Kutesa said.

Schauer conveyed a message of gratitude for the warm reception he has received.

In response to the Kutesa’s appeal, he expressed his desire to continue working closely with the Ministry to “enhance Economic Diplomacy through the exchange of visits of business delegations, which will create business-to-business linkages between the two countries.” 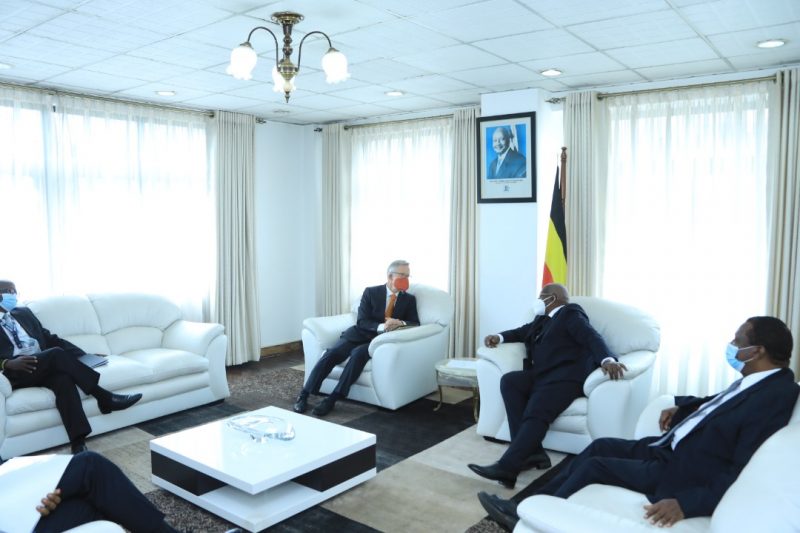 “I promise that the Ministry will accord the Ambassador designate all the necessary assistance he needs to accomplish his assignments during his tour of duty,” Kutesa concluded.