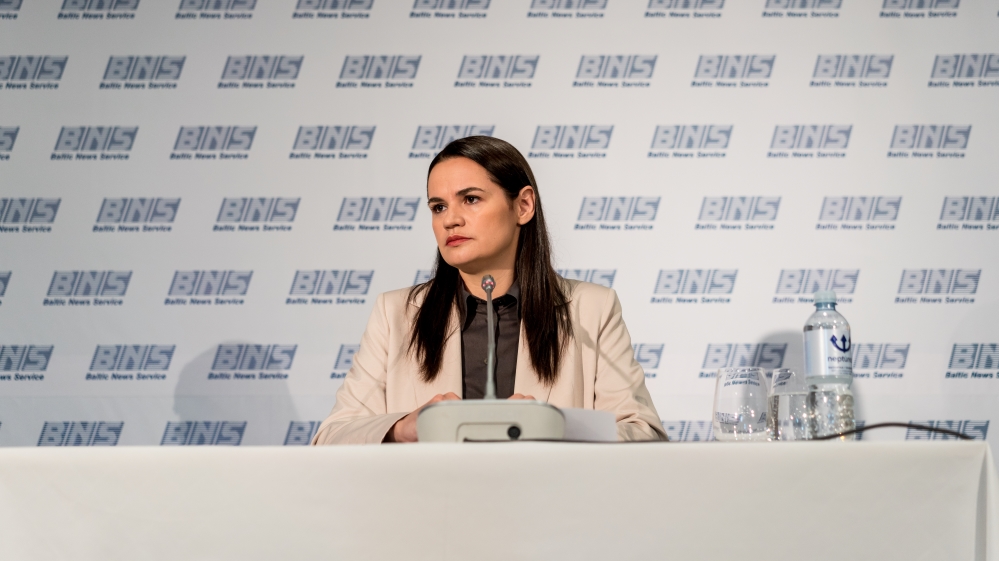 Belarusian opposition leader Svetlana Tikhanovskaya has said the country’s people have changed and will no longer accept President Alexander Lukashenko, whose controversial re-election in recent polls has sparked mass protests.

In an exclusive interview with Al Jazeera on Saturday, Tikhanovskaya, who is in exile in neighbouring Lithuania, said Lukashenko should “step away” and “it is better for everybody”.

“The Belarusian people have changed. They will never accept the old authorities.”

The former Soviet republic has been rocked by weeks of anti-government protests following a controversial election earlier this month that saw Lukashenko claim a landslide victory for a sixth straight term.

The 65-year-old strongman’s opponents say the August 9 presidential vote was marred by irregularities, and have called for a fresh election.

Tens of thousands of demonstrators have since staged mass rallies across the Eastern European country to demand an end to Lukashenko’s 26-year rule.

The government responded to the unprecedented protests with a violent crackdown in which at least two people have died, while dozens of others were arrested and allegedly tortured in custody.

An embattled Lukashenko on Saturday ordered his defence minister to take “stringent measures” to defend the country’s territorial integrity against the mass protests.

When asked if she was worried that there could be more bloodshed if the movement continued, Tikhanovskaya said the crackdown was the “biggest mistake” of the authorities.

“The violence that Belarusian authorities showed to their people, I consider that to be their greatest mistake ever. I call for authorities to not repeat this mistake because our people will never forget and forgive our president,” said the former English teacher.

On being asked if she was planning to return from exile, Tikhanovskaya said she wanted to go back to Belarus, but did not feel safe in her country any more.

“I am safe here in Lithuania but I don’t feel safe in Belarus now,” she said, adding that she also feared for her husband and YouTube blogger Sergei Tikhanovsky, who was arrested after he tried to register as a candidate for the presidential poll.