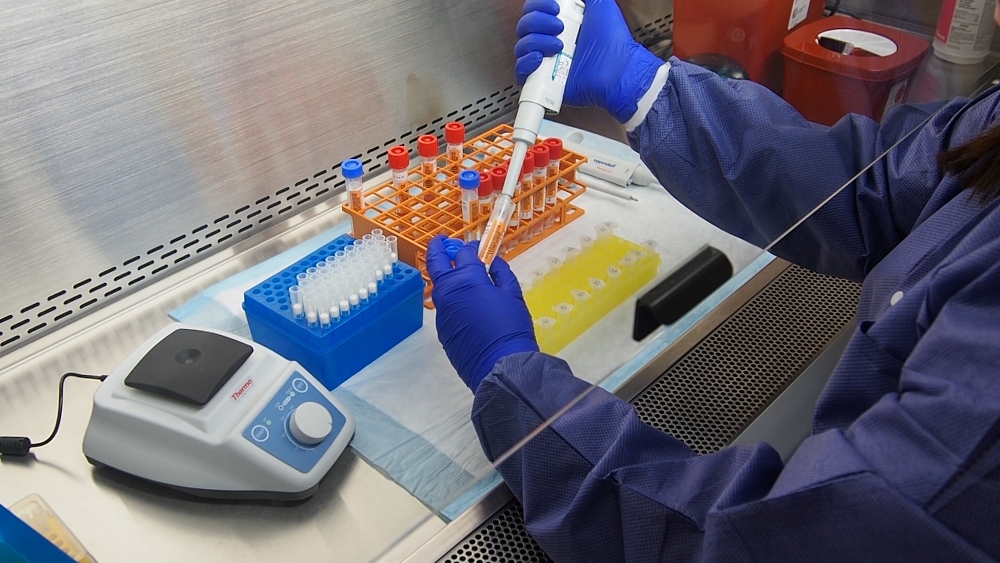 Uganda has Friday confirmed 98 new cases of COVID-19, bringing the cumulative confirmed cases of Ugandans to 1,848.

At least 75 cases out of the confirmed tests are from Kampala which is slowly turning into a hotspot for the novel virus.

Six cases are from Luwero, three from Jinja and two from Tororo and four from Adjumani, Buikwe, Kasese and Ntoroko.

This brings the cumulative confirmed cases of Ugandans to 1,848. 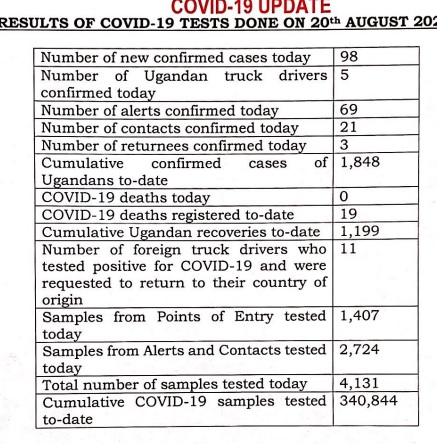 Some of the drivers of increased infections include non-adherence to health guidelines in public transport and workplaces.

Most infections are being registered from workplaces – offices and workshops.

KCCA Minister Betty Amongi said notices have been issued to non-compliant arcades to ensure full compliance after which stern sanctions shall be imposed upon them.

Over 90% of those infected reported using public transport and the taxi park. Slums too are affected, including Kasokoso, Kisenyi and Nakulabye.