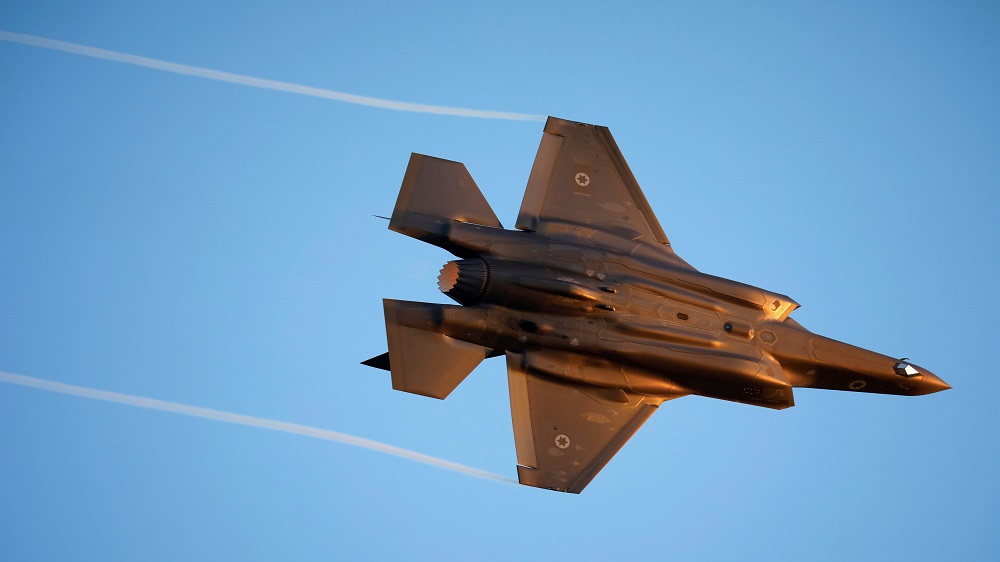 The United Arab Emirates’s accord to normalise ties with Israel should remove “any hurdle” for the United States to sell the F-35 stealth fighter jet to the Gulf Arab state, a senior Emirati official said.

The US has sold the F-35 to allies – including Turkey, South Korea, Japan and Israel – but sales to the Gulf require a deeper review because of American policy for Israel to maintain a military advantage in the Middle East.

“We have legitimate requests that are there. We ought to get them … The whole idea of a state of belligerency or war with Israel no longer exists,” Minister of State for Foreign Affairs Anwar Gargash said in an online interview with the Atlantic Council on Thursday.

However, he said the UAE had not made any new requests to the Americans since the deal with Israel was announced last week.

“The UAE expects that its requirements will be accepted and we feel that with the signing of this peace treaty in the coming weeks or months … that any hurdle towards this should no longer be there,” Gargash said.

The Gulf state, one of Washington’s closest Middle Eastern allies, has long expressed interest in acquiring the fighter jet made by Lockheed Martin Corp, which Israel has used in combat.

Israel’s Prime Minister Benjamin Netanyahu said his country would oppose any sale, citing a need to maintain Israeli military superiority in the region.

Ellen Lord, the Pentagon’s under-secretary of defence for acquisition and sustainment and a leader in the US weapons export process, told reporters in general the US aims to reach a letter of agreement for new F-35 sales in about six months.

US President Donald Trump’s said on Wednesday: “They’d like to buy F-35s, we’ll see what happens, it’s under review.”

Washington guarantees Israel receives more advanced American weapons than Arab states, giving it what is labelled a “Qualitative Military Edge” over its neighbours.

In the region, only Israel now flies the F-35 fighter jet as a planned purchase by Turkey collapsed over Ankara purchasing Russia’s S-400 anti-aircraft missile system.

Gargash has repeatedly said the UAE’s decision to open diplomatic ties with Israel had nothing to do with Iran. However, the UAE’s government long has considered Iran its top regional threat.

For the UAE, its pilots have seen the F-35 in action as US Air Force squadrons flying the stealth fighter have rotated in and out of Al-Dhafra Air Base near Abu Dhabi since 2019 [File: Kyodo via Reuters]

Netanyahu repeatedly denied there was any link between arms deals and opening ties to the Emirates. That was met with scepticism in Israel, particularly amid accusations he bypassed Israel’s defence establishment in agreeing to a past German sale of advanced submarines to Egypt.

Critics have accused Netanyahu of lying over a key element that is believed to have clinched the deal for the UAE. Netanyahu’s defence minister and governing partner, former military chief Benny Gantz, said he was kept in the dark about the UAE deal until the last minute.

“Israel must never forget, not even for a split second, that any dent in its strength is liable to pull the rug out from under its feet in the long term,” said Amos Gilead, director of the Institute for Policy and Strategy at the Herzliya Interdisciplinary Center.

“Intentions are fluid and vulnerable to rapid changes.”

For the UAE, its pilots have seen the F-35 in action as US Air Force squadrons flying the stealth fighter have rotated in and out of Al-Dhafra Air Base near Abu Dhabi since 2019. The Emirati air force has dozens of F-16s and French-made Mirage 2000s already in service.

But the F-35s would provide a far-greater edge over Iran, whose air force largely dates back to purchases made before the 1979 Islamic Revolution and includes some locally built aircraft. The F-35’s stealth capability also make it far more difficult for Iranian anti-aircraft batteries, already internationally criticised for shooting down a Ukrainian passenger jet in January, to pick up.

The UAE has repeatedly sought to buy armed American Reaper drones. It already used Chinese-made armed drones on the battlefield in Yemen, where the Emirates joined a Saudi-led coalition fighting the Iranian-backed Houthi rebels there who hold the capital. That war, which began in 2015, has become the world‘s worst humanitarian crisis.

Responding to questions on Thursday about its efforts to buy the F-35, the Emirati foreign ministry said the UAE-Israel agreement will eventually include “a security and defence aspect”.

Meanwhile, Gargash said when the normalisation agreement with Israel is formally signed, “Abu Dhabi will have its embassy in Tel Aviv based on international consensus to a two-state solution” with the Palestinians.

“The embassy will be in Tel Aviv. This is very clear,” he said.

Mukula Reaches Out to Sanjay Tana After CEC Victory