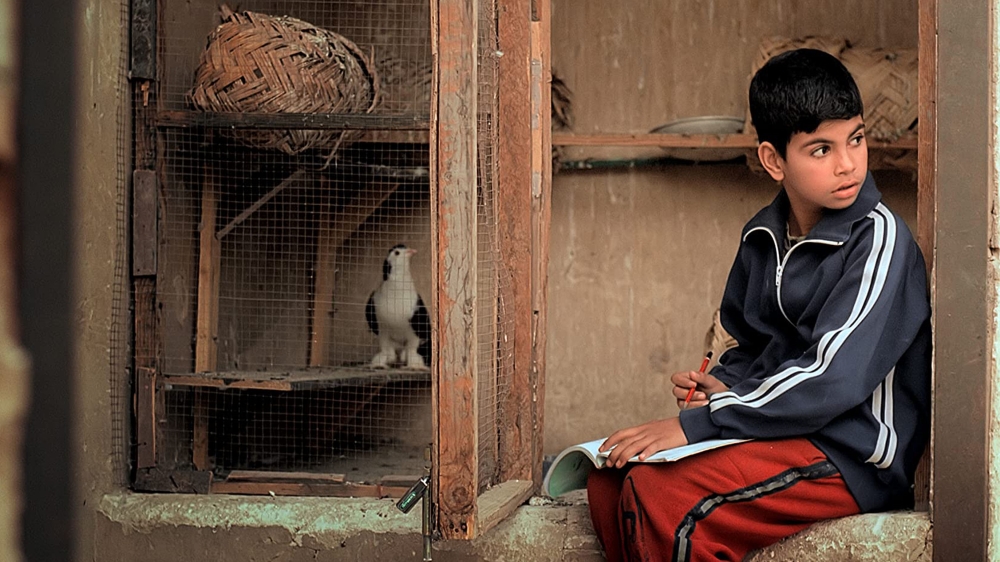 The first edition of the Independent Iraqi Film Festival (IIFF) featuring Iraqi movie-makers kicks off on Friday and runs for a week. Thirteen films will be streamed online on its website free of charge.

The festival opens with a documentary by prominent director Mohammed al-Daradji, Iraq: War, Love, God and Madness (2008), which tells the story of the ordeal he went through while shooting his film Ahlaam (2005) in Baghdad, just months after the US invasion of Iraq.

The only non-virtual event in the festival programme will take place at Curzon Soho cinema in London, where the feature film Baghdad in My Shadow (2019) of Swiss-Iraqi director Samir will be screened on the closing night.

“This year, due to the virus, we are all in really difficult situation as filmmakers. The cinemas are closed, the festivals are closed. It was a really wonderful opportunity to show my film in this online festival,” Samir, who only goes by his first name, told Al Jazeera. “Doing a special event in London is a relief for me as a filmmaker.”

The festival selection includes short and feature-length fiction films and documentaries by established and emerging Iraqi directors based in Iraq and the diaspora. The programme has two strands of short films dedicated to new-wave filmmaking and to contemporary feminism in Iraqi cinema.

The festival is an independent initiative by four Iraqis living in the diaspora: Ahmed al-Habib, founder of the shakomakonet digital platform; Israa al-Kamali, an Iraqi writer and poet; Shahnaz Dulaimy, a feature-film editor; and Roisin Tapponi, an editor, curator and founder of the Habibi collective.

The organisers say they refused funding from various establishments and did not seek affiliations with private or public institutions in order to retain full creative freedom.

“There is a huge benefit in operating independently. If you work with institutions in the region, you become prone to their politics and that can extend to geoblocking or censorship,” Tapponi told Al Jazeera.

According to the organisers, the film festival is meant to help develop the identity of the emerging post-2003 Iraqi cinema, give platforms to Iraqi filmmakers, and break stereotypes.

“I think that is what is great about this festival, we are bringing [two] groups: people in Iraq, telling stories about Iraq, their experiences in Iraq, as well as people in the diaspora.”

One of the young filmmakers featured in the festival is 23-year-old Hussein al-Asadi, who lives and works in Iraq. Al-Asadi said he had to quit school in order to work for a living because of the difficult economic situation in his country.

He got into filmmaking at the age of 17, helping out with various local film projects. In 2019, he directed his first short film, Eye of the Mountain, and earlier this year, he completed She Was Not Alone, which will be featured at the festival.

She Was Not Alone tells the story of an elderly woman who lives by herself in the marshes of the Tigris and Euphrates River deltas. She is part of the “Marsh Arabs” community, whose culture and livelihood are tightly linked to the unique ecosystem of Iraq’s wetlands.

“My dream is to make films that express the suffering of my people so that the world knows how we Iraqis live,” al-Asadi told Al Jazeera.

Although he has a passion for filmmaking, he said it is a difficult profession to pursue in Iraq.

“The biggest problems I have faced are related to production and financial support,” he said. Like other Iraqi filmmakers, he said he has not benefitted from state funds allocated to film production, which disappear because of bureaucratic corruption. In order to support himself and fund his filmmaking, he has had to go into advertising.

Conservative currents in Iraqi society and the insecurity in the country have also affected him as an artist. The southern Iraqi city of Basra, where al-Asadi is based, has seen a number of recent assassinations.

On Wednesday, Reham Yaqoub, a prominent activist, women’s rights advocate and doctor, was shot. The same day, another activist, Falah al-Hasnawi, who has participated in anti-government protests, was also assassinated along with his fianacee.

“Social pressure accompanied by the security chaos result in harsh censorship on creativity. Just having ideas and opinions that are different than those of the general public puts us, artists, at constant risk. We constantly feel unsafe,” al-Asadi said.

He hopes the IIFF will open the door for the younger generation of Iraqi filmmakers he is part of to wider audiences and attract more support for Iraq’s film industry.