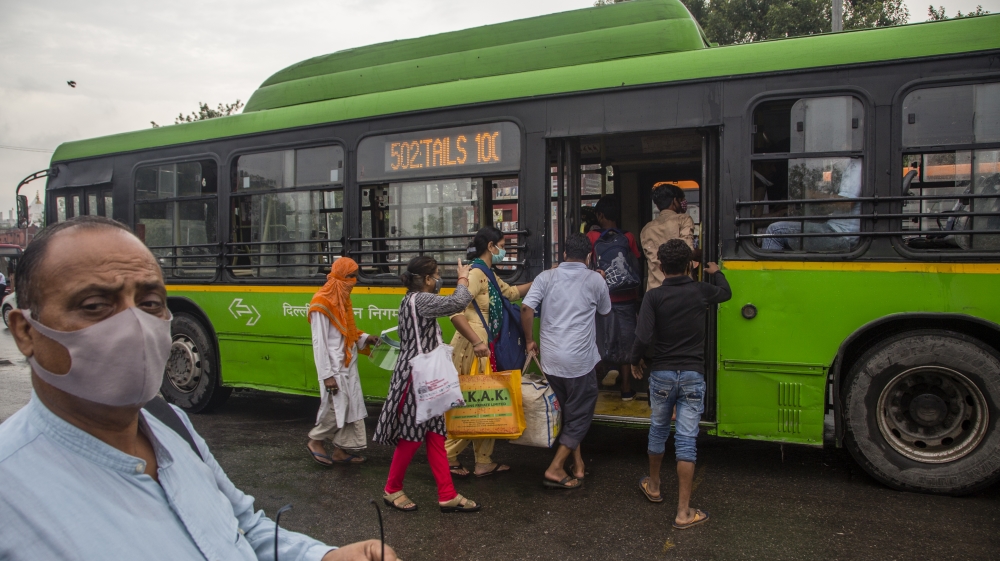 Nearly one-third of New Delhi’s 20 million population have likely been infected by the novel coronavirus, according to a survey of 15,000 people conducted by the local government, a figure that indicates infection numbers are much higher than those recorded.

The survey, which tested a sample of the population for the presence of antibodies, was done in India’s capital in the first week of August, its health minister Satyendra Jain told a news conference on Thursday.

“We found that 29.1 percent of the population of Delhi had antibodies, which means that they were infected and have been cured,” Jain said.

In the first survey last month, 23.48 percent of Delhi’s population was found to have been exposed to the coronavirus.

The survey also found that more women (32 percent) than men (28 percent) were infected by the virus that has killed nearly 800,000 people worldwide since its outbreak was first recorded in the Chinese city of Wuhan.

The findings of the survey are in line with what other cities like Mumbai and Pune have discovered, that a significant number of their people have been infected.

The city has recorded 151,904 cases – less than 1 percent of its approximate population of 20 million. The difference shows that a large number of infected people are asymptomatic, Delhi government officials said.

One in four Indians could be infected

A leading private laboratory said earlier this week at least one in four people in India may have been infected with the coronavirus.

Dr A Velumani said an analysis of 270,000 antibody tests conducted by his company Thyrocare across India showed the presence of antibodies in an average of 26 percent of the people, indicating they had already been exposed to the coronavirus.

“This is a much higher percentage than we had expected. The presence of antibodies is uniform across all age groups, including children,” Velumani told the Reuters news agency.

Thyrocare’s findings are in line with government surveys done in Indian cities such as Mumbai, which showed that 57 percent of the population in its crowded slum areas had been exposed to the coronavirus.

The number of new infections a day in New Delhi is markedly lower than in previous months. High antibody prevalence could mark a step towards herd immunity.

“Scientists say that herd immunity is achieved when between 40 to 60 percent of the population develops antibodies. Now, this is a survey from early August, maybe it takes one to two more months to find out,” Jain said.

Health experts are divided over herd immunity, however. While some say it is only a matter of time before populations develop herd immunity, critics say a vaccine is necessary to stop the virus.

The World Health Organization has warned the world is nowhere close to achieving herd immunity and only an effective vaccine could stop transmissions.

India is the worst-hit country in Asia, and third behind the United States and Brazil in terms of total cases of the coronavirus. 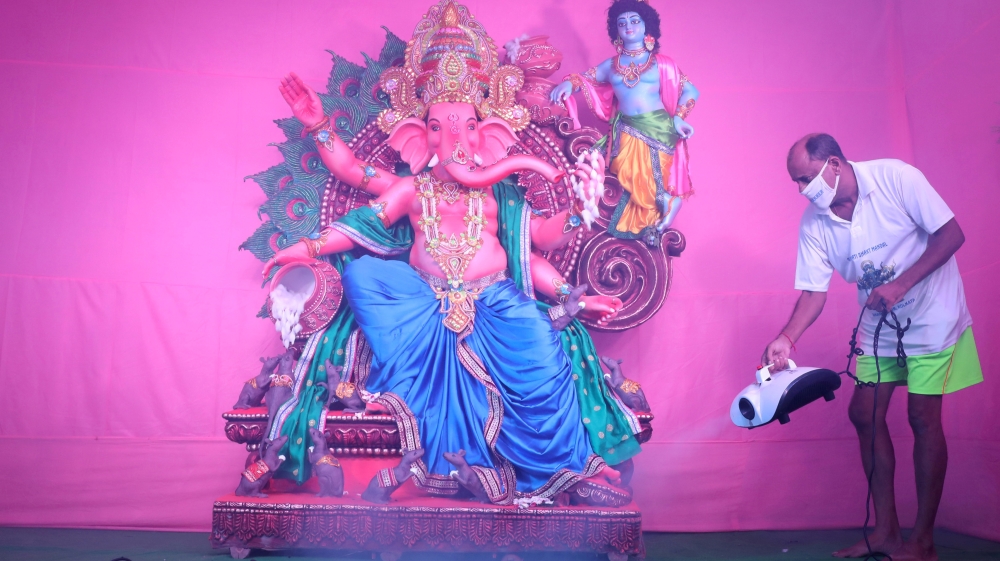 A Hindu devotee wearing a protective mask sanitises a pandal, or a temporary platform, next to an idol of Hindu god Ganesh in Kolkata city [Rupak De Chowdhuri/Reuters]