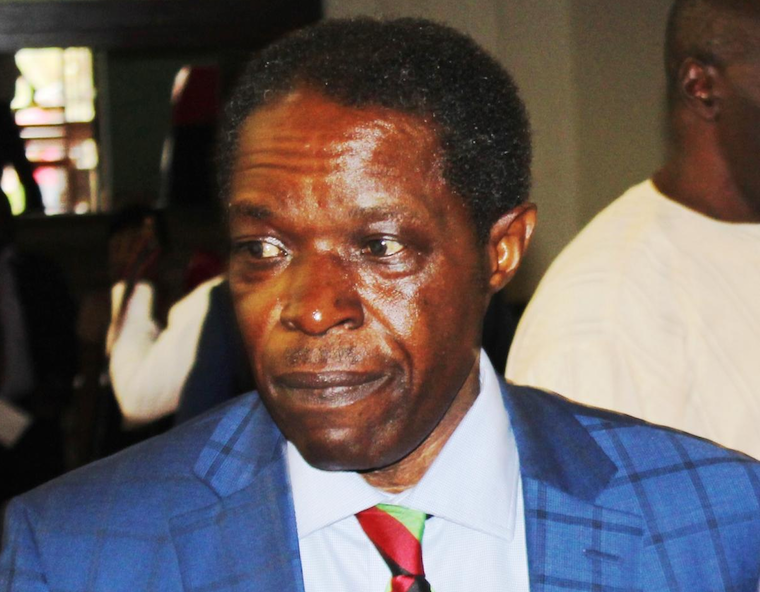 Two former Makerere University students have petitioned the inspectorate of government to investigate the shortlisting of Prof William Bazeyo for the post of deputy vice-chancellor finance and administration. Sam Ninsiima and Amos Weliki object Prof Bazeyo’s shortlisting on grounds that he lacks credible academic qualifications.

The duo notes that whereas eligible candidates are required to possess a PhD from a recognized institution, Bazeyo obtained his PhD from the Hawaii-based Atlantic International University, which isn’t recognized by the United State Department of Education.

The National Council for Higher Education (NHCE) has since backed the duo’s argument. In their petition, Ninsiima and Weliki observe that they expected the university search committee to investigate or address the matter after they brought it to their attention but none of this was done.

“On August 10, 2020, we petitioned the chairperson of the search committee but we have received no response. We expect the process to continue since there are two other candidates shortlisted who qualify. Our only demand was the search committee drops Prof William Bazeyo since he lacks the minimum requirement. Instead, we are seeing indications that our petition has been ignored,” the petition reads in part.

They argue that the development taints the image of Makerere University thus the need for the inspectorate of government to investigate the matter and ensure that the search process for the new deputy vice chancellor is fair, credible, and transplant.

They also claim that there is a scheme by some members of the university management to re-advertise the job and ask the IG to stop any effort to halt the process and compel the search committee to proceed with the remaining two shortlisted candidates.

“What is remaining is the search committee to present the suitable candidates to the senate for voting to choose one candidate for appointment with the approval of the council as stipulated in Universities and Other Institutions Act,” they contend.

The other candidates are Prof Anthony Mugisha from the school of veterinary sciences and socio-economics and associate Prof Allan Mulengani Katwalo, the dean school of business and applied technology at Clarke International University.

The deputy inspector general of government, George Bamugemereire has since invited Makerere vice chancellor Prof Barnabas Nawangwe to urgently report to the IG to explain the steps he has taken to address the matter.

“…Urgently inform us of the steps Makerere University has taken to address them,” Bamugemereire’s letter to Nawangwe reads.

He says the actions of the vice chancellor regarding the matter, shouldn’t only maintain the integrity of the search process but also mitigate any related costs of litigation the university may incur in future.

The petition comes a few days after an emergency senate meeting, which had been scheduled to sit on August 14, 2020, to consider the search committee report was called off indefinitely without any reason given.

The office of deputy vice chancellor finance and administration fell vacant in 2017 when Nawangwe who occupied it then was appointed vice-chancellor. Prof Bazeyo took over in acting capacity before the search for a new officer bearer was initiated.

Bazeyo emerged best in the search process that was held in 2019. However, the High court quashed the entire process on grounds that it was ‘unfair and unlawful’. But, before a new search committee was instituted to repeat the process, Bazeyo was reappointed in acting capacity.

Turkey converts another former Istanbul church into a mosque | News