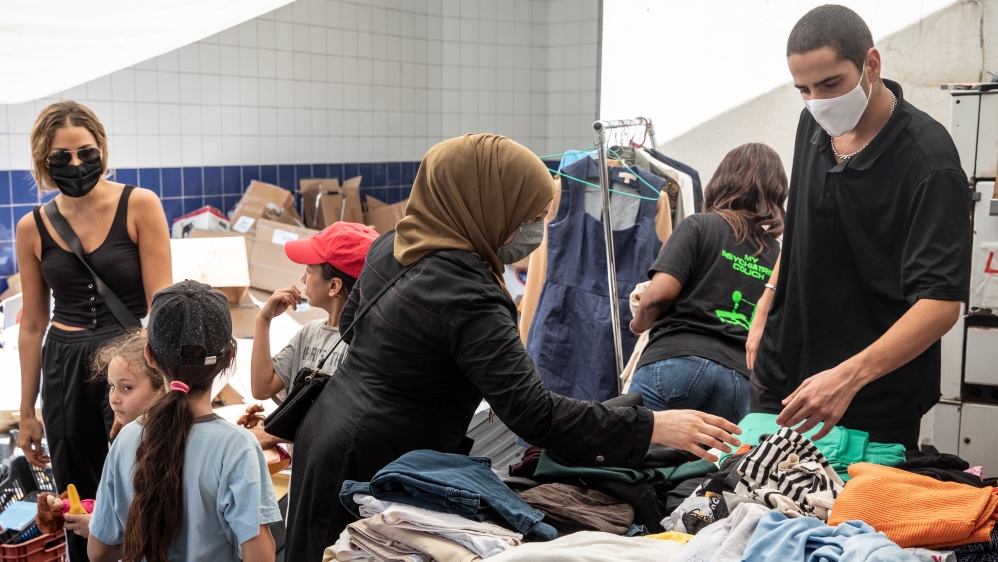 Lebanon has reimposed a partial lockdown and an overnight curfew to rein in a spike in coronavirus infections, as hospitals struggle to cope in the aftermath of the devastating Beirut port explosion earlier this month.

The new measures, announced by the interior ministry, come into effect on Friday and will last for two weeks. The restrictions would not affect the clean-up and aid effort following the deadly blast in the capital that killed at least 180 people and pushed the government to resign.

All markets, malls, gyms and pools – among other private businesses – have been ordered shut during the lockdown, the ministry said on Tuesday.

The curfew will extend from 6pm local time (15:00 GMT) to 6am local time (03:00 GMT), exempting workers in the medical and food sectors, as well as the army, diplomats and journalists.

The airport will remain open with travellers having to take a polymerase chain reaction (PCR) test before boarding.

Lebanon was already seeing rising cases of the novel coronavirus before the August 4 blast but has reported a string of record tallies in recent weeks.

The country reported a record 605 new cases and four deaths on Thursday, taking its total caseload to 10,952 with 113 related deaths.

Al Jazeera’s Zeina Khodr, reporting from Beirut, said: “A few weeks ago, the daily average [of coronavirus cases] was between 10 to 20, and now the numbers are in the hundreds. And for a country whose healthcare system is already collapsing, authorities fear there is a need to really contain the spread in order to prevent a total collapse.”

Hundreds of tonnes of ammonium nitrate fertiliser exploded at Beirut port in the heart of the city on August 4.

The warehouse explosion damaged many hospitals and overwhelmed them with more than 6,000 wounded. It put about half of 55 medical centres across Beirut out of service.

“Public and private hospitals, in the capital in particular, have a very limited capacity, whether in terms of beds in intensive care units or respirators,” he said.

“We are on the brink, we don’t have the luxury to take our time.”

Fighting Malaria amidst Covid-19: Under the Net Campaign Awareness Activities