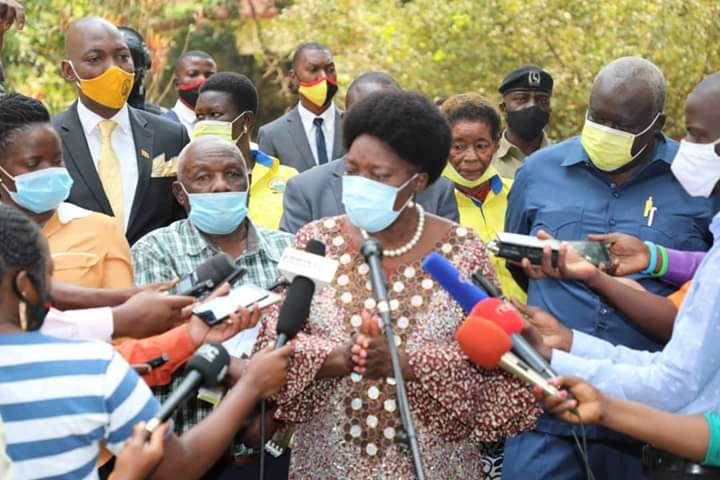 Results released by NRM at around 4:00am showed that Kadaga emerged victorious with 6,776 votes against Namuganza’s 3,943.

The two are bitter rivals.

During the CEC campaigns earlier this week, Namuganza accused Kadaga of being unfaithful to the NRM and standing up against the party Chairperson, President Museveni.

“I was shocked when the Speaker presided over the passing of a motion of displeasure with the President who is also the NRM chairman,” she said referring to the May 2020 motion.

Speaking earlier at the event, Kadaga reaffirmed her commitment and loyalty to the party, saying it remained unshaken.

“Ever since we went into multi- party politics, I have campaigned for this party and supported it in the good and bad times, both in and outside of Parliament,” said Kadaga.

Kadaga believes Namuganza is backed by forces aimed at undermining her Speakership.

On the other hand, Namuganza accuses Kadaga of being opposition-leaning, a claim the Speaker has dismissed as baseless.

This means Kadaga will maintain her position in the Central Executive Committee (CEC) which is key for her to retain her position of speaker. It’s CEC that endorses NRM candidates for the Speakership.

With Oulanya also in CEC, the battle for the Speakership is likely to be intense. Oulanya insists Kadaga has served her ten-year period and should pave way for him.

But Kadaga has since expressed intentions to retain the influential position.

Kyaligonza sought to ride on his successful military career record to retain his position in the Central Executive Committee.

The Ugandan Ambassador to Burundi was among the fearless fighters under NRA who fought in decisive battles that brought President Museveni to power.

Mukula was accused of playing a racist card to fight off stiff competition from Sanja, a Ugandan businessman of Indian origin.