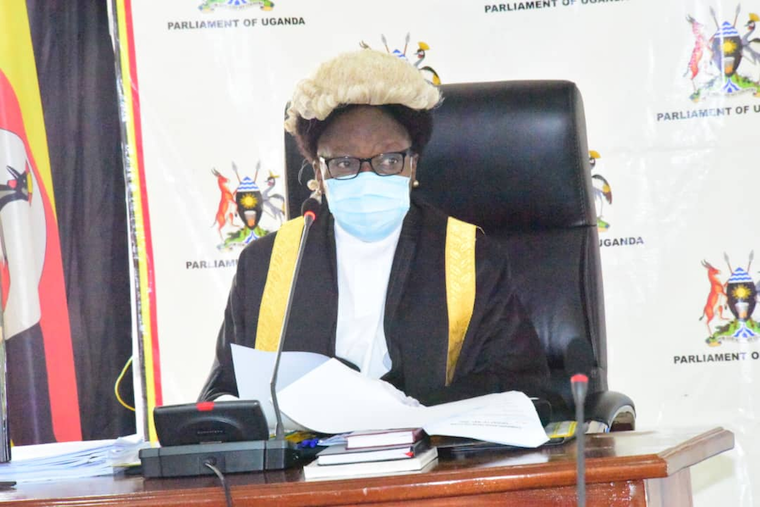 Rebecca Kadaga has retained her seat

According to results declared by the NRM Electoral Commission chairman Dr Tanga Odoi, this morning, Kadaga garnered 6,776 votes against Namuganza’s 3,882 votes. The two ladies, who both hail from Busoga region, with one representing Kamuli district and the other Bukhono County in Namutumba district have fought a bitter campaign.

Namuganza accused Kadaga of being disloyal to NRM and its chairman President Yoweri Kaguta Museveni and added that on several occasions, Kadaga sided with the opposition in parliament to bring motions that cast the NRM in a bad light. On the other hand, Kadaga looked at Namuganza as a front of powerful people (mafia) in the NRM who are unhappy with the way she steers parliament.

For the Western region, this time Chris Baryomunsi, the state minister for Housing will be the vice-chairman after defeating the incumbent Maj Gen Matayo Kyaligonza with 5,947 votes against 2,550.

For Kampala region, Katongole Singh Marwaha defeated the incumbent Godfrey Amooti Nyakana after scoring 4,503 votes against 2,665 votes. Salim Uhuru came third with 2,466 votes. In Karamoja, the incumbent Simon Peter Aleper retained his seat after defeating his only challenger Lokor Jimmy with 8,143 against 2,220.

For vice chairman Buganda region, Godfrey Kiwanda Ssuubi, the state minister for Tourism, took the day after defeating his closest challenge Moses Karangwa Kalisa. Kiwanda got 4,749 votes against Karangwa’s 3,701. Other contestants in the race were Kiganda Twaha Ssonko who got 1,048 votes, Mayengo Moses who got 127 votes and Magaro John 675.

Meanwhile, the position of vice-chairperson eastern is still contested until all the results all tallied. With results from 16 districts yet to be tallied, the incumbent, Capt Mike Mukula, had got 5,818 votes against his closest rival Sanjay Tana who had 4,162 votes. Akello Christine the other candidate in the race had 162 votes.

Related Topics:Electionsrebecca kadaga
Up Next