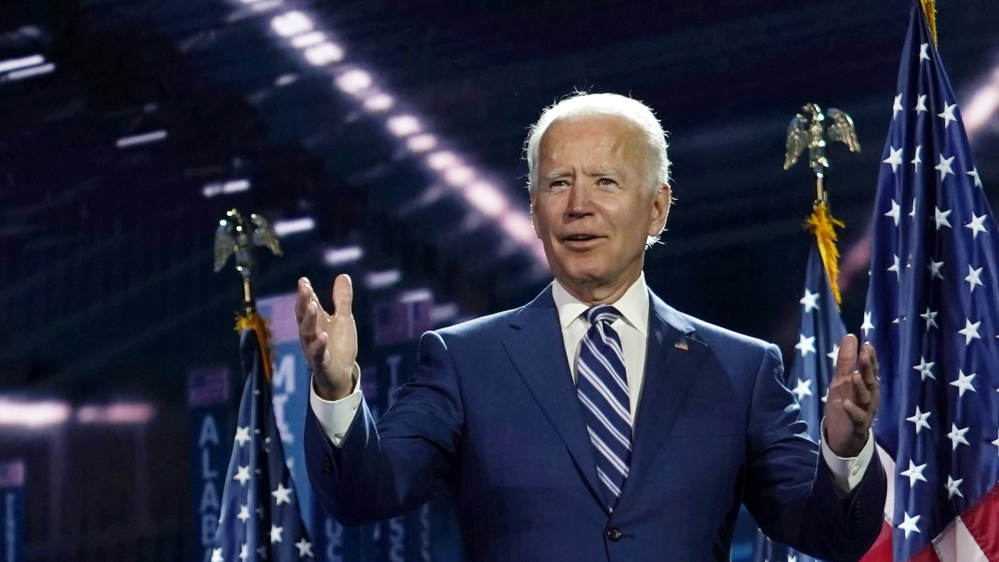 23:42 GMT – AOC calls out Democrats for challenging progressives in primaries

New York Representative Alexandria Ocasio-Cortez, a figurehead of the burgeoning progressive movement within the Democratic Party, tweeted a challenge to Democrats after House Speaker Nancy Pelosi announced she would endorse a moderate challenger to the progressive Massachusetts Senator Ed Markey.

Progressive challengers have made gains in the wake of Senator Bernie Sanders’s two presidential campaigns in 2016 and 2020. Often, they have done so by challenging unpopular, moderate Democrats in safe seats.

These challenges have gone without support from the Democratic Congressional Campaign Committee (DCCC), which works to elect Democrats to Congress and usually blacklists its associates from working to unseat Democrats in good standing.

“So”, Ocasio-Cortez tweeted to the DCCC, “when can we expect you to reverse your blacklist policy against primary orgs?”

No one gets to complain about primary challenges again. 🤗

So @dccc, when can we expect you to reverse your blacklist policy against primary orgs?

Because between this & lack of care around @IlhanMN’s challenger, it seems like less a policy and more a cherry-picking activity. https://t.co/xSneSK8H2q

The challenge comes amid talks of a feud between the progressive wing – which observers say has been noticeably absent from the DNC – and the moderate wing, headed by Biden.

House Speaker Nancy Pelosi and former Attorney General Eric Holder delivered a stark reminder to Wisconsin Democrats on Thursday about the importance the Midwestern battleground state plays in the presidential election less than 11 weeks away.

Wisconsin did not get the national attention it hoped for when the Democratic convention – originally planned for the state’s biggest city, Milwaukee – was moved online due to concerns about the spread of the coronavirus.

The Democrats’ previous nominee, former Secretary of State Hillary Clinton, did not visit the state during the 2016 campaign, though Trump visited several times. Trump’s victory by razor-thin margins there helped in the US Electoral College, which guaranteed him the presidency in spite of losing the popular vote.

After Trump’s narrow victory of fewer than 23,000 votes in the state in 2016 – and with polls showing another close race this year – Democrats are pledging not to downplay the importance of Wisconsin in Biden’s efforts to defeat Trump.

Former White House adviser Steve Bannon, an architect of Trump’s 2016 election victory, was arrested on a yacht and pleaded not guilty on Thursday after being charged with defrauding donors in a scheme to help build the president’s signature wall along the US-Mexico border.

The indictment claims the “scheme” was related to an online crowdfunding campaign that claims to have raised more than $25m to build a wall along the southern border of the US, a signature policy proposal from Trump.

As a top adviser to Trump’s 2016 presidential campaign who later served as White House chief strategist, Bannon helped articulate the right-wing populism and fierce opposition to immigration that have helped define Trump’s three and a half years in office.

21:45 GMT – Unemployment ticks up as coronavirus continues in the US

The number of workers in the US who are filing for state unemployment benefits climbed back above one million last week, signalling that businesses continue to lay off workers as the economy struggles to climb out of the deep recessionary hole caused by the coronavirus pandemic.

Some 1.1 million Americans filed initial jobless claims with states in the week ending August 15, the Bureau of Labor Statistics reported on Thursday. That is 135,000 more than the previous week, when the number fell below one million for the first time since March. 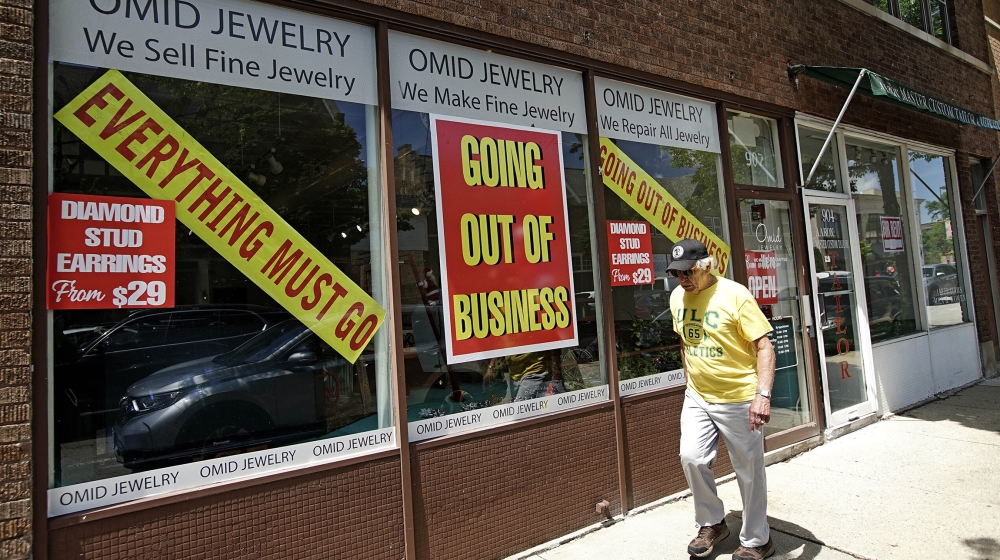 A man walks past a retail store that is going out of business due to the coronavirus pandemic in Illinois. Unemployment numbers are evidence of the devastation the coronavirus outbreak has unleashed on the US economy [Nam Y Huh/AP Photo]

For the millions of Americans collecting unemployment, times are only getting tougher. The $600 federal weekly top-up to state benefits expired last month. Trump issued an executive order for a replacement $300-a-week federal top-up bankrolled by the government’s disaster relief fund, but only half of states so far have said that they will be applying for that additional aid.

The state of the economy was always a strength for Trump, but it is turning into a liability. Read more here.